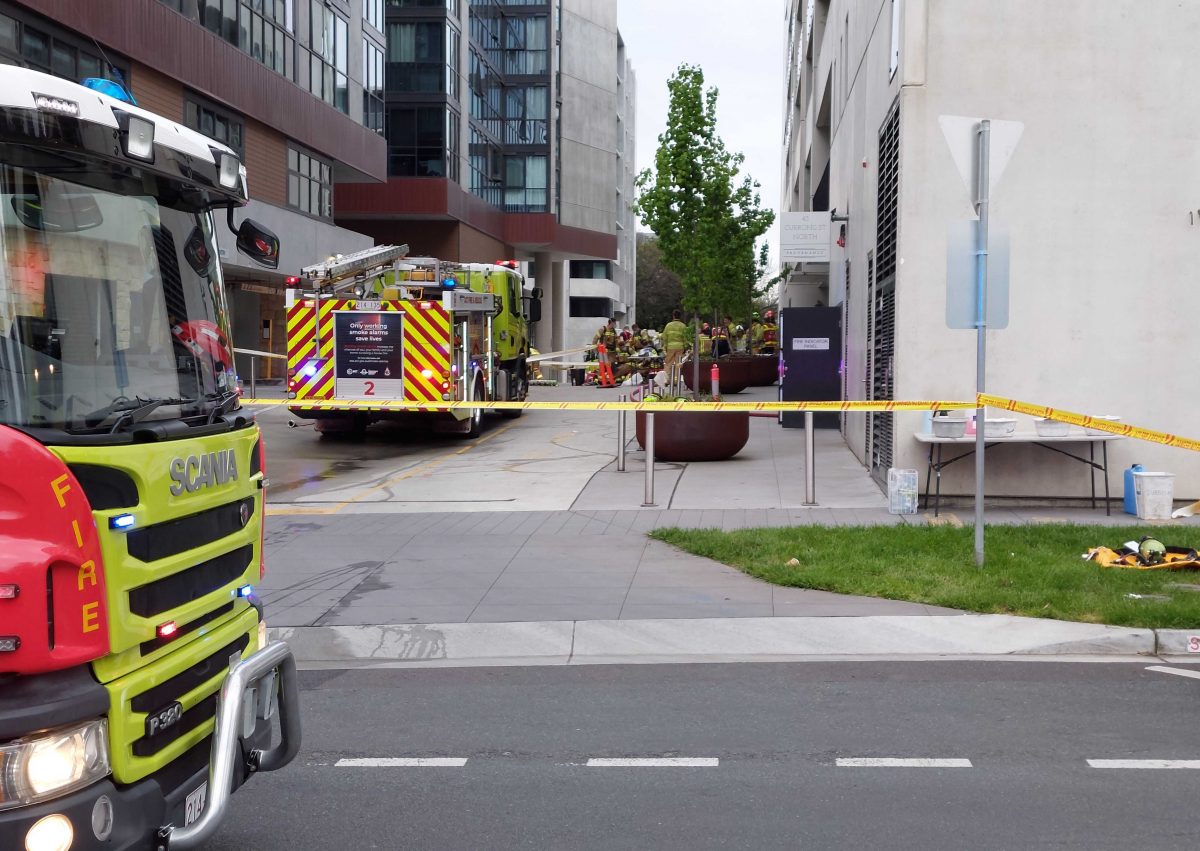 Residents of The Mark have been allowed to re-enter but Provenance residents are still waiting. Photo: David Murtagh.

UPDATED 11:50 am: Residents of The Mark have been allowed to re-enter their Founders Lane homes but emergency services have yet to give the all-clear for residents to return to apartments in Provenance.

Both buildings were evacuated at around 5 am this morning after a caravan fire set off fire alarms.

Emergency services are currently ventilating the building and testing air quality to ensure the safety of residents. 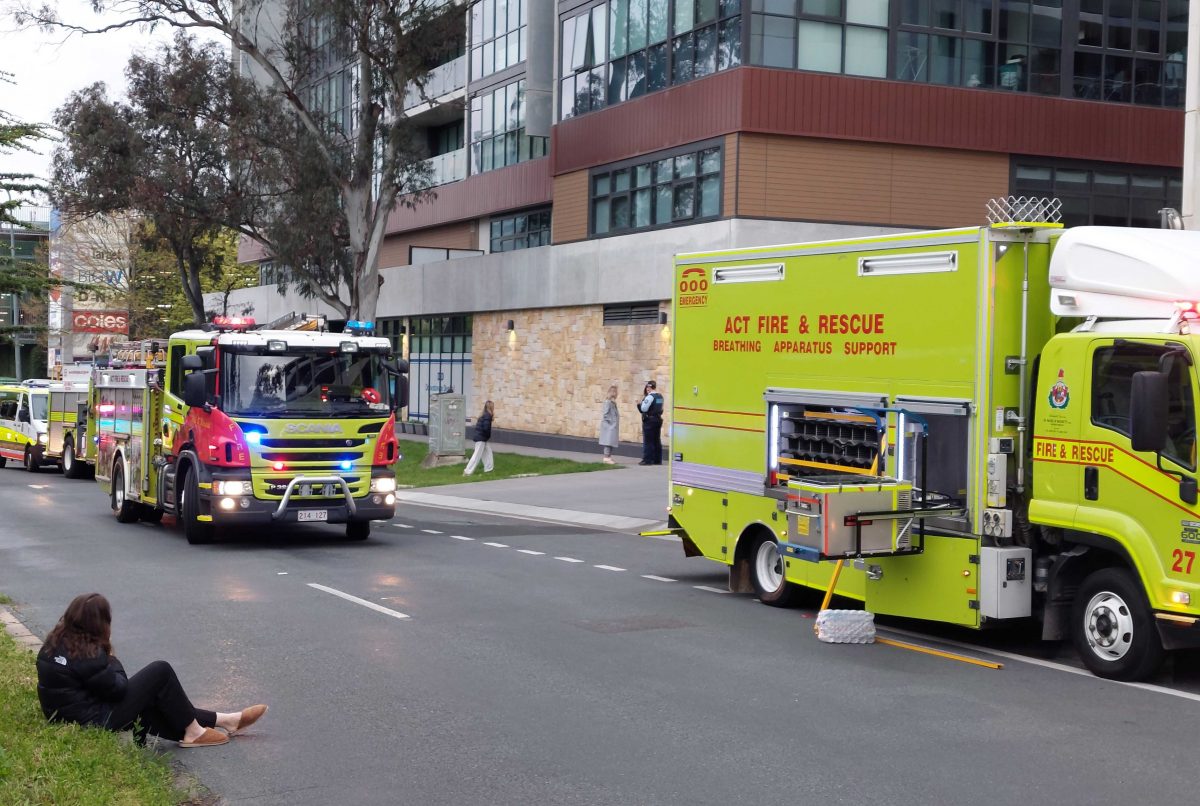 Residents of a Braddon apartment complex were evacuated early this morning, with a caravan found on fire in the basement. Photo: David Murtagh.

8 am: Residents of The Mark apartments in Braddon were awoken early this morning (18 October) after a fire was detected in the building’s basement.

Emergency services were called to the Founders Lane property on Ainslie Avenue shortly after 5 am to find a caravan alight underground.

An automatic fire alarm system meant residents from all four towers had already been evacuated.

One resident said they were able to smell the smoke as they came outside, but were assured by firefighters that the situation had “been contained”.

Smoke was also spotted by motorists several streets away. 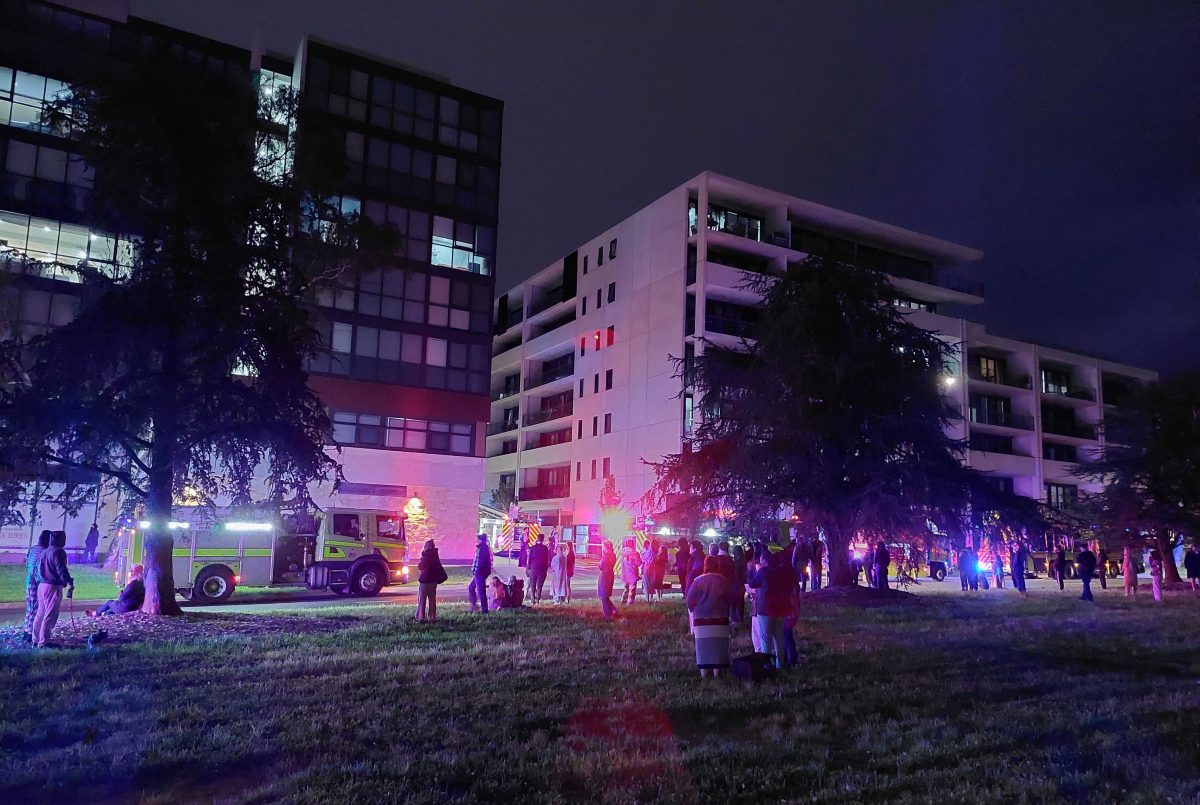 An automatic alarm shortly after 5 am had residents from four apartment towers evacuated in Braddon. Photo: David Murtagh.

An ACT ESA spokesperson said firefighters were confronted with “challenging conditions” as the fire was underground.

“However it was a good outcome, as there was no extension of the fire into the building thanks to the quick action of firefighters and the automatic alarm,” he said.

Residents were allowed back inside the building at about 7 am.

The fire was not being treated as suspicious, however inquiries were underway into exactly how it started.

The apartments were built by JWLand and were completed in September 2019. 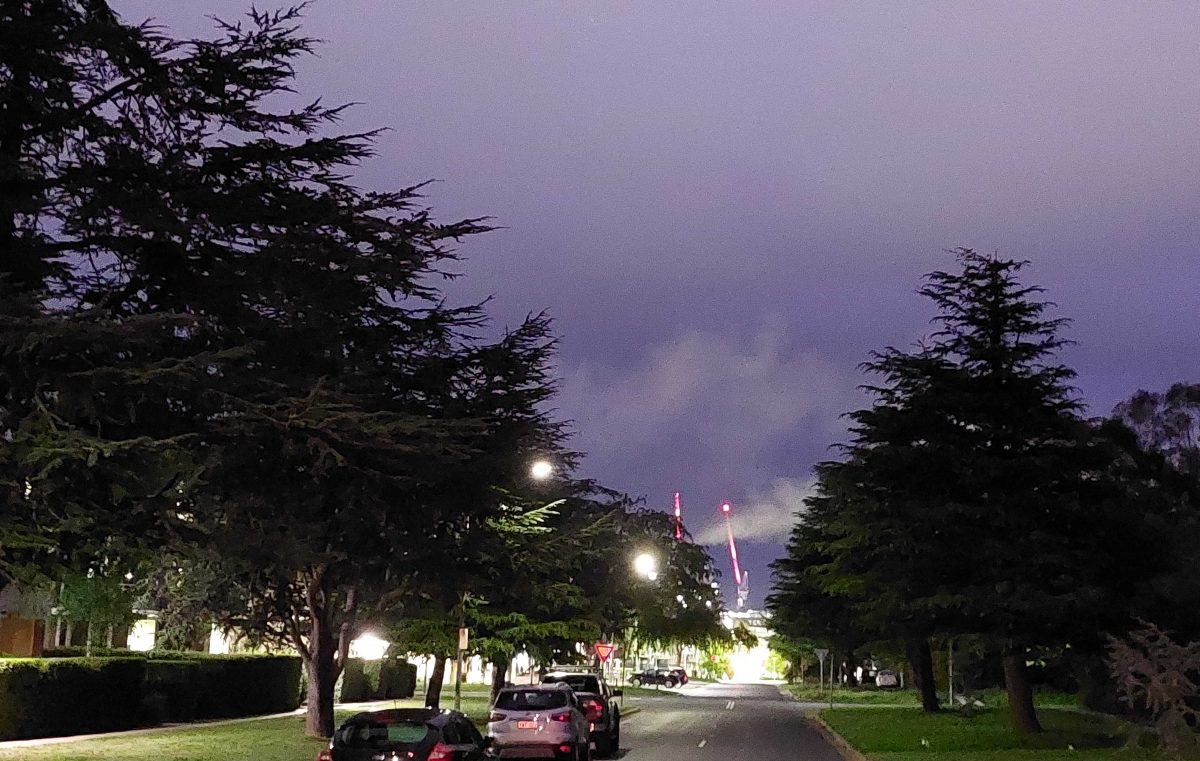 Smoke from the caravan fire could be seen several streets away. Photo: David Murtagh.

Somebody left the wok on.

We HAVE NOT been let back into the buildings and it’s 11am. They are still doing chemical toxin checks for cyanide. It will still be a while before residents are let back in. Don’t know where you are getting the information we were let back in because WE WERE NOT. I am a resident in this complex.