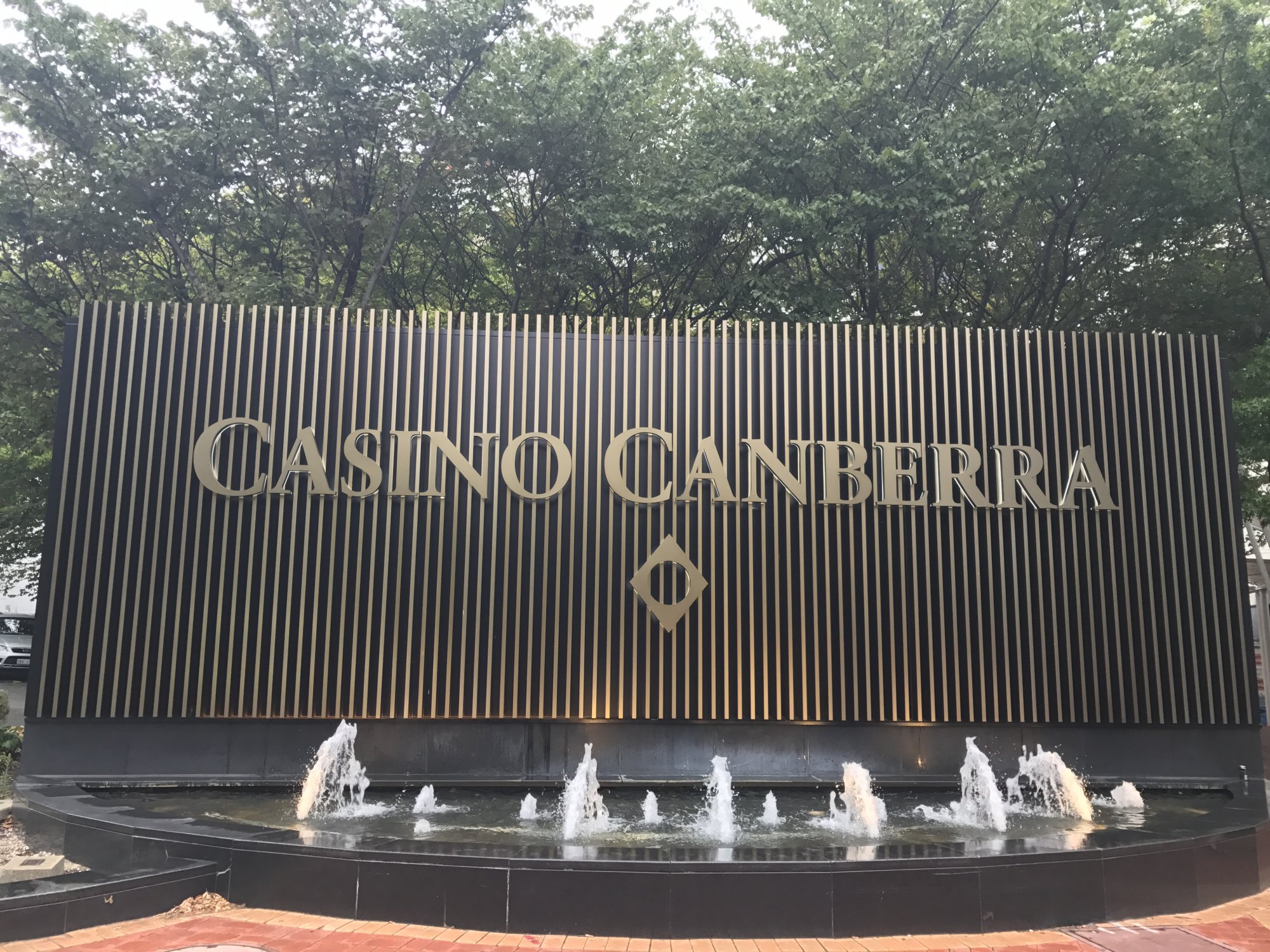 When it comes to gambling, the house always wins they say—until, of course, it doesn’t.

The city’s only licensed casino, Casino Canberra, shouldered a $7.7 ml loss last year putting the company firmly in the red. The company’s share price has tanked to 5 cents, and the media have been quick to descend.

The bad news for Casino Canberra may come as good news for some. Gambling, often lumped in with tobacco, weapons and the like as an ‘industry of sin’ has come under fire from activist groups who don’t want more gambling in Canberra.

Making a point, the ACT Greens hosted their 2016 election day celebration at The Polish Club precisely because of its ban on pokie machines.

But the headline loss has been met by parent company Aquis Entertainment as water meets a duck’s back. In a firmly-worded press release, the company dismissed the losses as part of its long-term investment strategy.

“Our auditors and directors all believe that the company is financially stable with performance and growth prospects in line with expectations and our business plans and to suggest otherwise is disingenuous.”

And they have a point.

The casino, as frequenters may recall, was closed for several months and reopened only in June. While shut, the company shelled out $14ml in renovation costs. Closures are costly; renovations more so. It’s a rare company that shuts shop half the year for renovation while maintaining profitability.

More revealing of the company’s intentions, however, is what they did to their staff: nothing. Companies that are circling the drain usually shoot staff. Staff who remain are then expected to do more with less, while waiting for their turn before the firing squad.

That the casino retained all its staff while sustaining these losses suggest it imagines itself returning to profitability in the short term. The company’s revenue is also growing, as the venue grows in size and presence.

What are we to learn from this? One lesson might be not to trust the press, who failed to put the numbers into context. Another might be that the house always wins, even when it’s losing.

Adrienne Yeo - 3 hours ago
Did I read correctly ? $390,000 redeemed even before the website went online ? Something fishy/untoward is happening. If not,... View
bj_ACT - 3 hours ago
All the money is gone. The program turned into a Bonanza for Chemist Warehouse, McDonalds and Subway. I don’t think the Vou... View
chewy14 - 15 hours ago
And the m9ney is going to be completely used up in one day. Honestly, this is beyond a joke how incompetent the ACT governmen... View
News 6

CLooey - 3 hours ago
Yes please, I think this is a great idea to achieve a healthy work and home life balance. Not sure if it’s possible though... View
bikhet - 3 hours ago
"Pretty sure teachers won't be working a four day week." Why not? They only work part-time now.... View
Steve Hambridge - 3 hours ago
What, *every* week?! View
Opinion 31

May Agnew - 8 hours ago
MOST DEFINITELY -so many homeless -a national DISGRACE -and wealthy developers becoming wealthier still - causing a concrete... View
George Watling - 13 hours ago
A recent OECD review of 300 Urban Planning studies from across the world has demonstrated that increasing the compactness of... View
George Watling - 14 hours ago
This story is not based on evidence or research. Higher density planning policies have been driving up property prices around... View
Community 7

CraigFromCurtin - 11 hours ago
ACT Policing, like most (all?) police jurisdictions in Australia, give up pursuits far too easily. The crims know exactly wha... View
show more show less
*Results are based on activity within last 7 days

@The_RiotACT @The_RiotACT
More than 1000 Canberrans across six suburbs have been given the opportunity to change the look of their streets as part of a pilot forestry program. What trees would you like to see planted? https://t.co/dP9eU2Q2hq (4 hours ago)