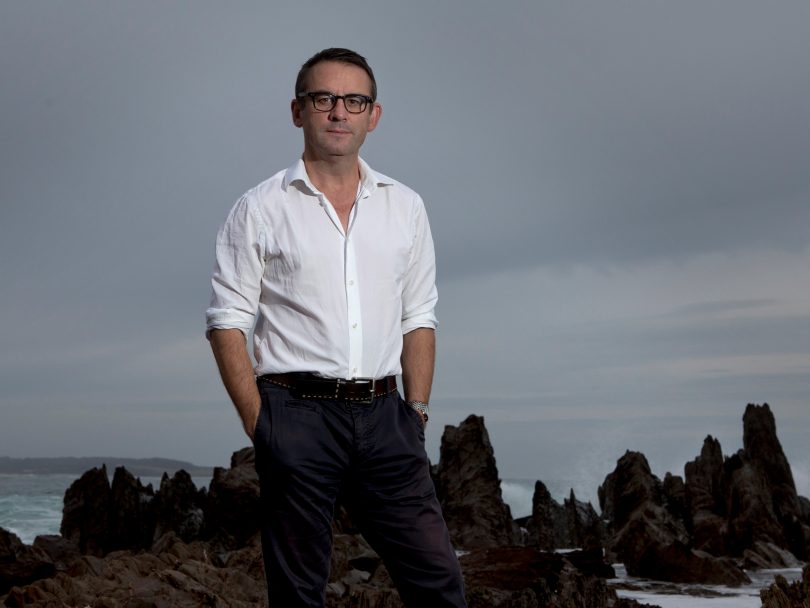 Conductor Paul Kildea: “I haven’t actually conducted in my home town so that’s always a nice thing to be able to do.” Photo: Penny Bradfield.

Canberra-born and raised conductor Paul Kildea will return to the national capital for his debut performance next week with the first orchestra that he ever heard as a child.

Melbourne-based Kildea grew up in Narrabundah, attended St Edmund’s College and has forged an impressive musical career as a musicologist, author, director and musician. He holds a doctorate from Oxford University, a masters degree in piano performance from the University of Melbourne, and trained as a conductor in Opera Australia’s Young Artist program, performing in both Europe and Australia. He is considered an expert on composer Benjamin Britten.

Only last week he was appointed the Artistic Director of Musica Viva, where he will oversee the international concert series, artist development and the organisation’s extensive education program.

Taking the baton in front of the Canberra Symphony Orchestra at next week’s Llewellyn Two concert at Llewellyn Hall will be a special moment for Kildea, who has conducted most of the other orchestras in Australia.

“I haven’t actually conducted in my home town so that’s always a nice thing to be able to do,” he said.

He will be accompanied by legendary Australian guitar duo the Grigoryan Brothers, and Canberra’s favourite cellist, David Pereira, joined by teen cello sensation Benett Tsai, performing the world premiere of a work by Kenneth and Kirsten Lampl – an Elegy for Cello and Orchestra, composed in memory of another Canberra legend, cellist Nelson Cooke who died last year at the age of 98.

Also on the bill is Mozart’s Overture to the Marriage of Figaro and Beethoven’s Eighth Symphony.

If Kildea’s views on performance are anything to go by it should be a memorable experience for all.

“I’m always interested in the kind of chemical reaction between people in the moment so I’m less interested in saying this is how the piece goes,” he said.

“Britten talked about the sacred triangle, it wasn’t just the relationship between the composer and the performer but also the audience, and the audience had to be part of that.

“If we do our job well we kind of pick up the audience and the musicians and we drop them up the beach somewhere and none of us knows quite how we got there.

“And that’s what a really great performance should be able to do to all concerned.” 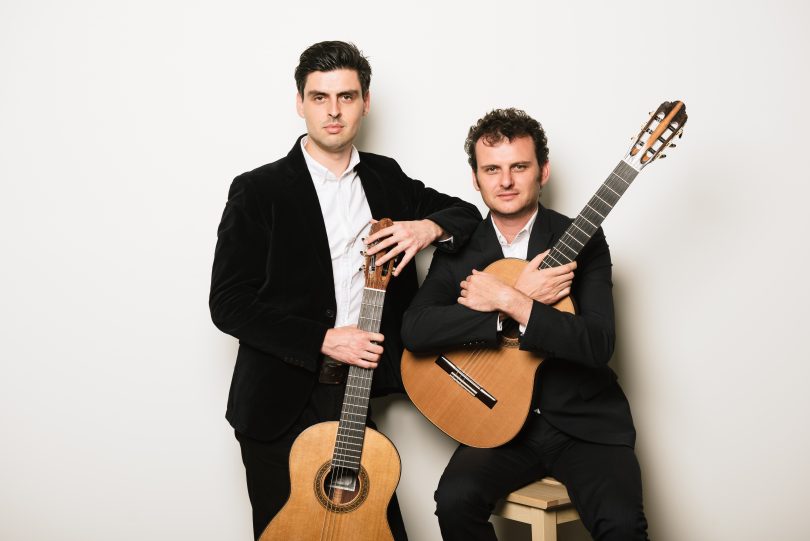 Kildea praised the CSO’s focus on Australian performers and composers, represented in this concert by the Grigoryan Brothers, Pereira, Tsai and the Lampls’ Elegy, which he said was a really interesting piece and a lovely gesture to Nelson Cooke, who was such a force for music-making in the Territory.

“That was something the orchestra really wanted to do to honour this man,” he said.

Kildea said that for the CSO, programming Australian works and artists was a priority, not what could be seen as a token gesture elsewhere.

“If we don’t do that we die, and the opportunities for composers with the big orchestras is actually really limited. It’s important to put it front and centre,” he said.

The Grigoryan Brothers will perform Rodrigo’s Concierto madrigal with the orchestra, which Kildea said should be a treat.

They will also perform next Sunday afternoon in a sold-out recital at University House at the ANU.

Slava and Leonard Grigoryan are counted among the finest musicians of their generation, having developed a reputation for enthralling audiences with the energy of their performances and the breadth of their repertoire.

MOZART The Marriage of Figaro Overture
JOAQUN RODRIGO Concierto madrigal
KENNETH and KIRSTEN LAMPL To the Memory of Nelson Cooke: an Elegy for Cello and Orchestra
BEETHOVEN Symphony No. 8 in F major, op. 93

Asha Kidd - 14 minutes ago
Is there a go fund me for these guys? View
Adam Jovanovic - 23 hours ago
You'd be surprised how many people vote for the government that screws them over the most. Mainly.because.of alarmist.and exa... View
Lifestyle 14

Peter Curtis - 4 hours ago
I cannot agree more. View
Nick Swain - 5 hours ago
And so do the equally old Kingston shops. Both shopping centres have long standing nominations to be included on the ACT Heri... View
bj_ACT - 11 hours ago
Why is Morris always calling on the ACT Government to pour funds into areas where he is making millions and millions of dolla... View
News 71