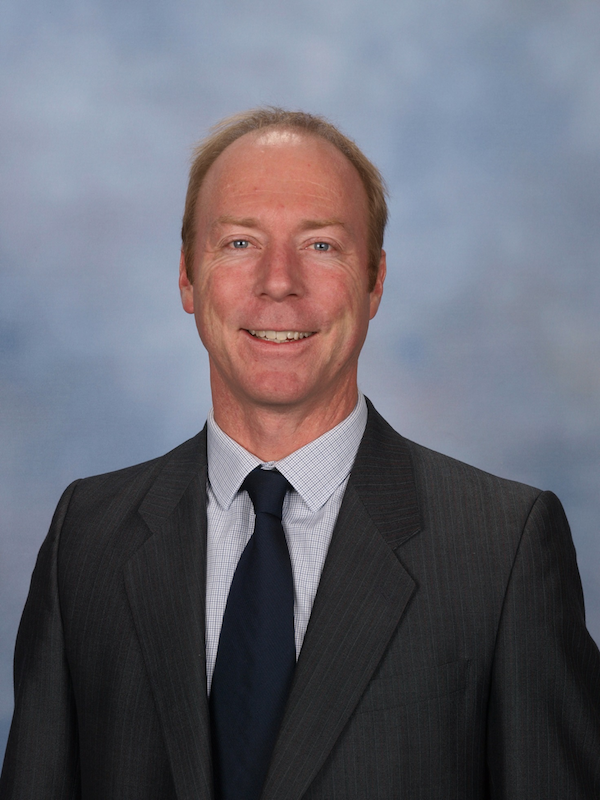 Imagine a school where Kindergarteners gleefully tell their school principal that they had written a story casting him as the “bad guy”, giggling as they narrate their mischievous ploys. In my experience, you have to be a very popular teacher to be safely caste as a villain in a child’s story – which tells me that Cameron Johns: Principal of St. Thomas Aquinas Primary School, is more than your everyday educator.

Meeting with Principal Cameron Johns was a most pleasant experience; he has a great sense of humour (evidenced by the incident described above), and is quite charming. Here is a principal who loves philosophy and encourages critical thinking. In fact, he explains to me that the school is named after one of the greatest philosophers of all time; theologian St Thomas Aquinas. He explains that Thomas Aquinas was an immensely influential theologian and philosopher in the tradition of ‘scholasticism’, In addition to being the patron Saint of learning! What better person to bear the name of your school?

St. Aquinas has had a considerable influence on many areas of modern philosophy, spanning ethics, natural law, metaphysics, and political theory. Philosophers such as Aristotle made quite an impression on St. Aquinas, and it is believed that much of his work is a synthesis of Aristotelian philosophy and principles of Christianity. The essence of Aquinas’s philosophy is aptly reflected in the description given on the St. Aquinas Primary School website – “an educational philosophy in which faith, culture and life are brought into harmony”.

As for Principal Cameron Johns, he bears the fame of having been the only principal to have worked in every St Thomas school in Canberra – St Thomas Moore’s, St Thomas the Apostle, and now, here. He also worked for some time at St Michael’s Primary School and Holy Spirit Primary School, as well as at remote postings in Darwin and regional Northern Territory. Clearly, Principal Cameron is not just a charming personality – he comes with much experience and long-gathered wisdom in the education sector, which is important in a school.

For the Catholic community, this school has strong ties to the Parish. Father Drinkwater, (who is 92 years of age and has been the local parish priest for 42 years) and Principal Cameron maintain good connections and communications with other Catholic school heads, such as the Principal of SFX in Florey, Angus Tulley, as well as the principals at St Monica’s, St Matthew’s and St John’s Primary Schools, whom he says have all been most supportive.

At this school, there is a strong focus on supporting staff growth and Cameron’s goal is focused on substantive success. To achieve this goal, he asks himself:

As for the students, there is multicultural and academic diversity – a real mix. Most importantly, no one is turned away. Inclusivity is built into the fabric of this school – the doors of the school are open to all gifted and talented students, including students with special needs, and students from various cultural backgrounds, because, Cameron says quoting John Swinton, a famous Scottish Theologian: “To be included, you have to turn up. To belong, you have to be missed”.

In fact, St. Aquinas hosts a large population of students with South Sudanese backgrounds, whose parents are warmly welcomed too. They hold an ice-breaking dinner with staff to welcome them and apparently, it is very effective in breaking down barriers – because after all, we all love to eat, don’t we?

The school pedagogy follows the principles of teachings around the ‘inquiry’ method of learning. They use the resource entitled “The Power of Inquiry”, by Kath Murdoch, and it’s all about, “curiosity, creativity, and purpose in contemporary classrooms”.

There are many exciting opportunities for students at this school, including lunchtime clubs in robotics, Zumba, book lovers (my favourite), chess, and even jewellery-making. There is a guitar teacher who visits all the classrooms and a Spanish program with the very talented Spanish teacher, Kirsty Vera. There is a school production each year, alternating in an Art show and a Musical production. The sporting prowess of the students from this small school does not go unnoticed either; Cameron is very proud to tell me that the school was represented in the Catholic Schools’ Netball and Soccer carnivals, competing with other schools, and recently, the Year Six boys won the Rugby League Sullivan Shield!

Going by my short experience at this school and my discussion with Principal Cameron, I have to say that St. Aquinas Primary School may be small in size (hosting only around 350 students), but it has a lot of heart, and even bigger potential.

Ali Carrera - 29 seconds ago
Elizabeth Zoneff so cute! View
Grant McMillan - 24 minutes ago
Kirstie Mac absolutely perfect 👌 View
Christina Pan - 1 hour ago
Nat Nguyen this is it - where our dreams will be fulfilled ahahah View
News 17

Martin Ross - 28 minutes ago
Steve Jones transport Canberra buses don’t have flashing lights. Only Qcity ones do. And the local private companies don’... View
Peter Ball - 4 hours ago
Gai Wil - So given that logic, a 5 kmh limit would be OK with you yeah? I mean, as you stated if you don’t speed (regardles... View
Peter Ball - 4 hours ago
At least I feel safer now, when crossing the road while updating my FB profile. 😜 Before the new limits, it was like Russi... View
Lifestyle 23

Simone Moss - 34 minutes ago
Sarah Moss,maybe you need some alpacas 🦙 View
Lucy Coote - 2 hours ago
Tom Gilbert uhhhhh I mean at least we wouldn’t have to mow the grass… View
Amanda Robyn - 2 hours ago
Suzanne Feeney. See. Alpacas is what you need. 😉 View
Sport 5

@The_RiotACT @The_RiotACT
Sally Hopman reckons there's no need to #write yourself off if you are struggling with #computers. Just pick up the heaviest thing handy - ancient Remington #typewriters are always good - and take aim at the laptop https://t.co/5SoyRLLAhU (49 minutes ago)