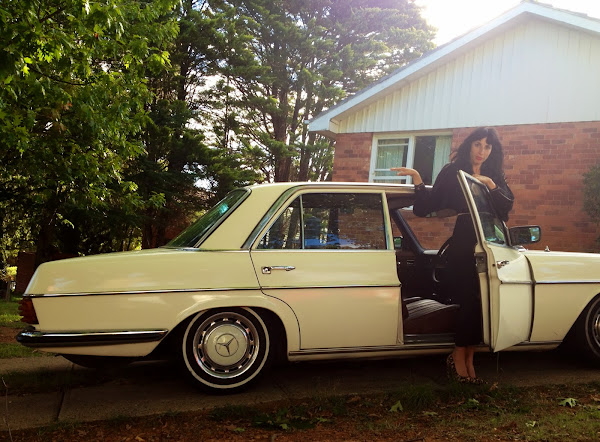 I have never understood mankind’s love affair with cars, but I have loved a bike or two so I guess it’s the same thing.

If you’ve ever known the love of an automobile, and have some photos or said automobile, you may be interested in this, the Centenary of Canberra are calling for car photos from ACT car lovers in the ACT region to be the concert backdrop for SPIN Saturday on the 19th October.

“We want photos that show the love Canberrans have for their first car, family car or favourite car,” said the General Manager of the Centenary, Adam Stankevicius.

“It could be from its latest show‘n shine, on your family holiday, at a car show, against a great sunset or out on the road. The photos can be colour, black and white or sepia-toned.”

Photos will be used by the Centenary to create a huge backdrop for the car-themed concert by The Petrolsexuals, a band created especially for SPIN Saturday. Mark Seymour of Hunters and Collectors will lead a thumping rock unit to perform songs that all feature lyrics, rants and rhythms about cars.

“Mark and the director of the event, Donna Jackson, would like to show nostalgic or treasured images provided by Canberrans on the big screen behind the band,” Mr Stankevicius said.

“Mark is a great car lover, and this gig will be his musical tribute to cars he has loved and lost and neverforgotten. So we are inviting local car lovers to send in images of their cars, with descriptions and the stories behind them.”

Mr Stankevicius said that the images should be captioned and name the person or people in the photo and the make and year of the car.

“If there is a story behind the photo, feel free to tell us about it. If there’s an opportunity to further profile the story of you and your car as part of the celebration of SPIN, we’ll get in touch,” he said.

The images should be sent as high-resolution jpegs (at least 1MB in size) to canberra100@act.gov.au by Friday 13 September.

no idea why she is playing “i’m a little teapot” in the picture though??

another Merc, amazing it hasn’t been abandoned in the middle of the road.

“I have never understood mankind’s love affair with cars…”

What is wrong with you!

Tim Hough - 11 hours ago
That's some crazy conditions. I'd only find them borderline acceptable if we were guaranteed a Matildas match, but even then... View
Property 17

dandelion - 15 hours ago
I tried Framing Master in Fyshwick based on some comments here, but can't recommend them. They offer little in the way of cus... View
Business 2

Capital Retro - 15 hours ago
"The last three weeks showed clearance rates of 89 per cent, 80 per cent and 70 per cent respectively, with the number of pro... View
News 44

Rob Thomas - 15 hours ago
Gabriel an Australian politician? Oh he probably is. View
Russell Nankervis - 17 hours ago
Lol a Liberal saying others are killing democracy. How ironic. View
Charlie Church - 17 hours ago
Sheridan New honestly would trade it for anything right now. View
News 4

Acton - 18 hours ago
From the above the eligibility is stated as being a permanent resident of the ACT and not in paid employment for more than 20... View
Property 1

@The_RiotACT @The_RiotACT
The sight of black cockatoos always gladdens Ian Fraser's heart. The sight of the powerful birds munching their way through bark to reach their favourite grubs is remarkable, but did you know that two species visit Canberra? https://t.co/Df0XtWwK7n (1 hour ago)

@The_RiotACT @The_RiotACT
The Liberal and Labor candidates are neck and neck in Eden Monaro as the vote goes down to the wire and preferences run wild https://t.co/dG673PvvM6 (10 hours ago)