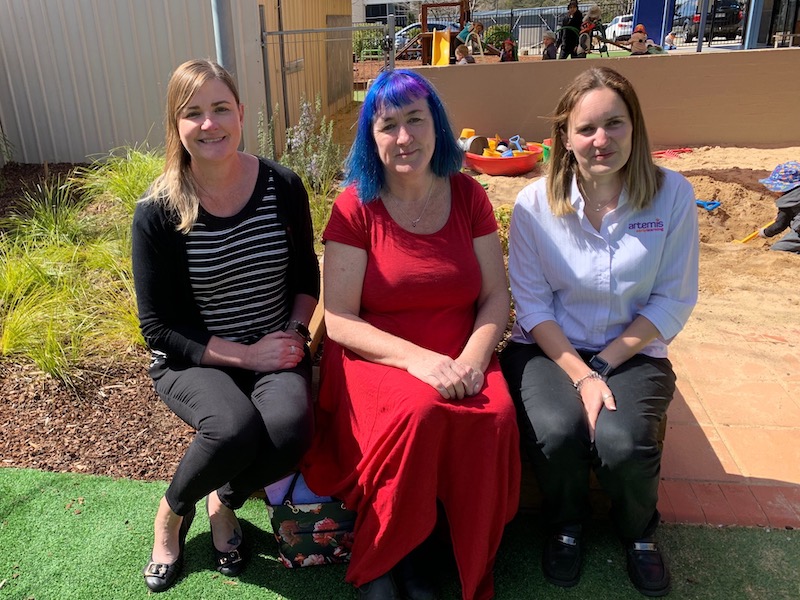 Childcare centres in Fyshwick and surrounding suburbs, as well as Old Narrabundah Community Council, say more research is needed before three scrap metal processing machines are allowed in a new development in their neighbourhood.

Childcare operators say Fyshwick is ideal for family-friendly businesses and want to keep it that way. A proposal to stand three machines for processing scrap metal, including cars, at 15 Lithgow Street in Fyshwick would create toxic dust, not only putting children at risk, but their families and staff at numerous nearby businesses.

The development proposal from Access Recycling is part of Capital Recycling Solutions’ consortium to develop a waste processing facility on Ipswich street and a recently approved rail freight terminal. The company is seeking to upgrade its metal recycling facility next door in Lithgow Street with three new processing machines for crushing and cutting scrap metal, and separating metal from waste.

In nearby Maryborough Street, Stella Bella Children’s Centre chief executive and founder Suzanne Tunks has raised concerns about the impact of the facility on air quality.

“We have Australia’s only special care unit for seriously ill babies and children. They already have very complex medical conditions. For me, our kids have enough to deal with [let alone] any consequences from choices made in our area that may impact on their health,” Ms Tunks said.

Stella Bella is located in Fyshwick after consultation with the EPA. She initially planned to establish her childcare centre in Hume but the EPA advised against her initial location because of its proximity to heavy and possibly harmful industrial activity. For that reason, she does not want a similar heavy industry to be established in Fyshwick.

“We would like to do everything in our power to make sure the air quality, and environment our children are in, stays as good as it is now because it is not a heavy industrial area,” she says.

Stella Bella is one of five centres in Fyshwick, Symonston and Narrabundah which collectively have more than 500 children and staff near the recycling depot. They will be writing to the ACT Government requesting their children be considered when the decision about the scrap metal processing plant is made.

“I am not only concerned for the children and my staff, but also the families coming here every day and all the other businesses,” Ms Sleeman says.

Old Narrabundah Community Council has called on the ACT Government to delay approval of any high energy fragmentising machinery for processing end-of-life vehicles and other metals until legislation comparable to the Queensland’s ‘Best practice environmental management guideline for scrap metal recycling facilities operating fragmentisers’ is available. It wants the government to consult with the community urgently to develop such legislation to include a separation distance of 1500 metres from fragmentisers to sensitive receptors.

Planning documents say the development includes three machines to be positioned in the open on a 4,700 square metre slab. One is a primary processor, twin-shaft low-speed rotary shear which turns recyclable scrap into long slithers of metal. This prepares materials for the secondary processor and ensures potentially explosive items missed in depollution (such as gas bottles) have flammable materials removed safely and quietly.

The secondary processor’s single shaft high-speed rotary machine grinds the slithered material from the first stage and separates it into three fractions: magnetic metals, which are then exported for further recycling; lightweight materials and dust, which is extracted and contained to be sent to landfill; and non-magnetic materials, which are sorted in the third machine.

The third machine is a metal recovery system and is also positioned in the open on a slab. This machine is a fixed production line which sorts and extracts non-magnetic (non-ferrous) metals. The outputs are then exported for processing, along with any waste which is sent to landfill.

Opponents of the proposal say Fyshwick is a major economic, retailing, servicing and employment hub, unsuited to waste recycling and processing. Eastlake Urban Redevelopment area is only 188 metres away on the opposite side of the Monaro Highway. Harvey Norman and the Molonglo Group have responded with opposition to the environmental impact statement.

Access Recycling managing director Adam Perry says concerns about the facility are unfounded, and that the proposal for a 1,200 horsepower (900kW) plant had the same horsepower as two truck engines. The plant itself is comparatively small, with most fragmentising plants being 7,000-10,000 horsepower.

Mr Perry says he’s consulted with surrounding businesses and there was no potential to impact on childcare centres, and recycling operations were under strict Environmental Authorisations, issued by the ACT EPA and audited regularly.

He says more research is unnecessary because metal fragmentisers have been in operation in Australia since the 1960s. Shredding is the most common method of preparing metal for re-melting. All light-gauge metals (whitegoods, roofing sheets, post-consumer goods, end-of-life vehicles etc) are processed by shredding prior to presentation at the steel mill. Most ferrous metal recycled in Australia is processed by shredding.

“Having rail transport to the port is a key part of this [development]. It helps lower our operating costs so that we can reach further out into the regions, and collect metals that would otherwise end up in landfill. More importantly, rail transport has a significantly lower carbon footprint compared to road transport,” Mr Perry said.

Fyshwick is described as light industrial. This proposal doesn’t sound as though it fits in the ‘light’ description. Anyway Fyshwick has been evolving away from even the ‘light industrial’ description in recent years. This is basically an inner suburb which if it is allowed to move away from its ‘light industrial’ classification into heavier industrial will be ruined. Plus also possibly the surrounding areas. Fyshwick will also then become a lost opportunity to continue to redevelop into someone better fitting its placement. It would be better to move heavier industries such as the proposed recycling plant further down the rain rail line out into the country. Do the rail line up far enough to do his.

Everyone has lungs, sad not everyone is concerned.

Air quality already poor. I work in Fyshwick and my car is constantly covered in dust frm Cement works and wood chipping and scrap metal businesses behind my work…

Thought these could only be set up in Residential suburbs, local/group/town centres or the City. Would naturally rule out light industrial areas (Mitchell, Fyshwick, Hume and Beard). Seems I was wrong?

Its not a smelter, if not in Fysh – where else in Canberra?

It’s a recycling plant not a smelter. Should be no extra air pollution bar normal trucks that are all ready in Fyshwick.

It’s the same as buying a house next to a race track and than complaining about the noise.

Suzanne Tunks and fyshwick has always been an industrial suburb.

Yes, but not heavy industrial. Check the zoning.

These things some of been looked at before building a childcare there. It is zoned industrial area so they should of taken possible air pollution into account in the centre design.

There is ‘industrial’ and ‘heavy industrial’, and there is a big difference between the two. Also, our centre has been operating as a childcare centre in Fyshwick for over 30 years. Fyshwick has been evolving for many years into a wonderful mixed business precinct and this proposal is bad for everyone in the area.

Light industrial is the description I have heard for Fyshwick for the last 40 years. This doesn’t sound like ‘light’.