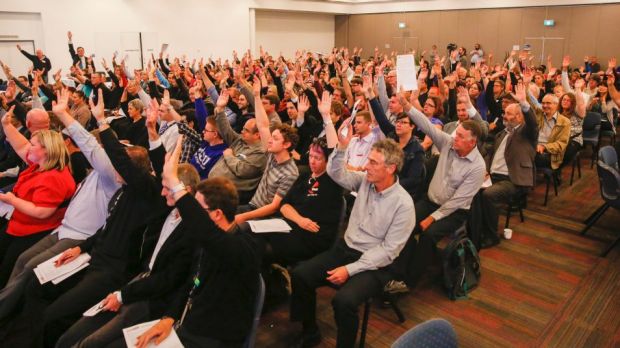 Whaddya reckon about the notion of citizen juries? A couple of people from South Oz came to town to spruik their business which is the organising of citizen juries to deliberate on issues facing our “community”.

I wrote last week about the nonsense of “community” and the lack of integrity that both proponents and antagonists bring to the process of community consultation. Unless such dialogue is done in the contemplative stage with honesty and open-mindedness, it is a futile waste of everyone’s time.

This notion of a citizen jury was mooted some years ago and didn’t fly then. I don’t see it getting off the ground now either.

So what is it?

It’s a collection of folks who are gathered together to consider a proposal or an idea and to bring some ‘ordinary people’s’ advice on said proposal. It is about involving the citizenry in the contemplative stage of policy or proposal development. So far, so good.

In South Oz, it is done by a private firm who convene these juries and ‘guide’ the discussion. Coupla questions here. How are these firms chosen? Open tender? What criteria is applied? Are they paid by Government to conduct the juries? What is an expected amount for such a jury? Are the principals of said company connected with any political entity? What are the qualifications of the principals and their staff?

Then there is the process itself of selecting the juries. We all know how hard it is to find “twelve good men and true” to fill in the juries in the court system. I shuddered when I found that the jury in SA last year on nuclear waste was 350 strong! The logistics of this jury must have been amazing.

According to Emily Jenke who heads Democracy Co, the mob in SA who do this stuff, to be true to the notion of open accountability, integrity of outcome and lack of bias, the juries are chosen through big, random mailouts. How big can a random mailout be if it is to end up with people of a mix of expertise in the subject and no expertise therein, with people who are not politically biased against or for the issue, and presumably, a mix of gender and demographics, such as age and ethnicity (depending on the issue).

To achieve this, one would have to canvass almost everyone in Canberra.

On a silly note, should we have a citizen’s jury to advise on the criteria for the selection of the juries?

The sorts of projects/proposals which would have lent themselves to such deliberations in the past would have been the GDE, the data centre in Hume, a cemetery and crematorium for Tuggeranong, the light rail project, the demolition of public housing blocks, the policy of salt and pepper for public housing tenants and the policy of urban infill. Perhaps the City to the Lake project? The TCH redevelopment? And what about the prison?

In our city state, we have a professional bureaucracy, a small parliament, four universities and an informed and educated population which is not afraid to vent its spleen if aroused.

This notion of citizen’s juries is another layer of an expensive process which, at the end of its deliberations gives the decision-makers an idea of whether something will fly, whether it will be acceptable to the chattering classes, whether affected people will rise up and bite the government of the day on the gluteal muscles.

This process is already being delivered by a range of companies in town. Rob Purdon and Associates is just one of them. I know the firm well and can attest to the integrity that they bring to the consultation process. But the independence of the process is not the issue. It is the integrity brought to the process by those who commission the process.

If an idea is well researched and documented, presented openly in the contemplative stage, with no real commitment by government on it until true feedback has been received, the process is delivered with integrity.

This doesn’t mean that the NIMBYs and retired old whingers won’t vent their spleens to prevent any progress in our town, but then a citizen’s jury won’t prevent this either.

Just because a group of random people are chosen by an independent private company come together to examine in fine detail a proposal and judge it against the criteria in a pub test, doesn’t mean it will be accepted by those intimately affected by its outcome.

And if a government thinks that it can shift the blame for a policy or project decision onto the public at large through a jury of this type, it really is away with the fairies. Governments can never transfer risk. Governments will be blamed for initiating an idea and for the decision to go ahead, regardless of the process in between. People will say they weren’t consulted if they weren’t part of the “jury’ anyway.

In Canberra, we have a plethora of retired old professionals and public servants who think that they are still relevant, even though they have been out of the decision-making loop in their speciality for years. The Letters to the Editor of the Crimes and talk back radio is filled with this relevance deprived cohort. They will whinge that their expertise has been ignored if they are overlooked for the gig.

In my mind, the current process of involving people likely to be affected by a given decision should be fixed before we introduce another process. Bring the current process forward into the contemplative stage, and bring integrity to the process. Perhaps the opposition to every decision of note might dissipate into constructive contribution.

Keep an eye out for the flying pig!

Christopher Cuba Rabanal - 51 minutes ago
How about a six day week with every Sunday shut. Where everything is closed in a Sunday Sunday is family Day ?... View
Valerie Foster - 4 hours ago
Been talking about that for years. View
Community 44