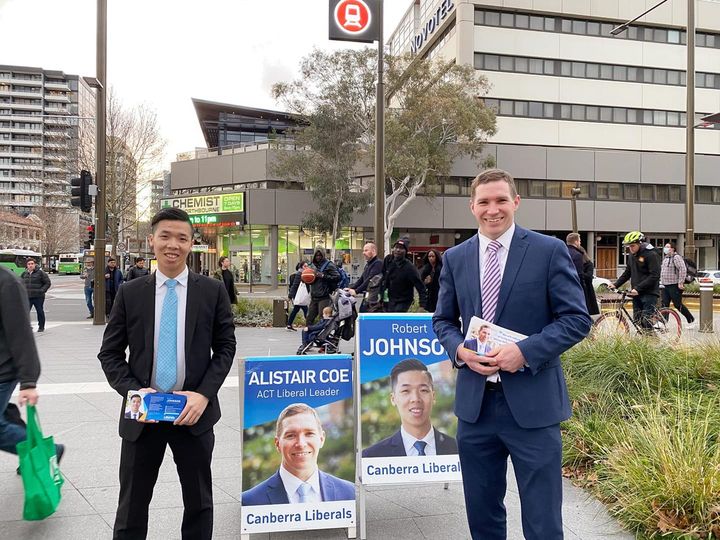 Canberra Liberals leader Alistair Coe has refused to confirm whether he knew about Kurrajong candidate Robert Johnson’s alleged links to the propaganda arm of the Chinese Communist Party (CCP).

It’s been alleged that Mr Johnson was a director of the ACT branch of the Association for the Promotion of Peaceful National Reunification. The association is classified by the Australian Strategic Policy Institute as an organ of the United Front Workers Department, whose role is to advance the strategic interests of the CCP both on the mainland and overseas.

The Liberals have strenuously denied any links between Mr Johnson and the CCP, but when Mr Coe was asked directly today if he had any prior knowledge of the allegations, he told Region Media that the Liberals had candidates from all walks of life and from all corners of the globe.

“We have a tremendous range of candidates that are working hard, they all have diverse, real-world experience. We are proud of the policy offerings we are taking to this election,” he said.

“All our candidates have great community links and we choose all of our candidates because of their commitment to lower the cost of living, to have lower taxes, to have better services and to make sure that we do everything we can to win the election on Saturday.

Mr Johnson, who has also worked as Mr Coe’s advisor since 2019, was allegedly appointed as a director of the ACT branch of the association in 2014. The appointment was listed on the association’s parent body, the China Council for the Promotion of Peaceful National Reunification, according to The Canberra Times. 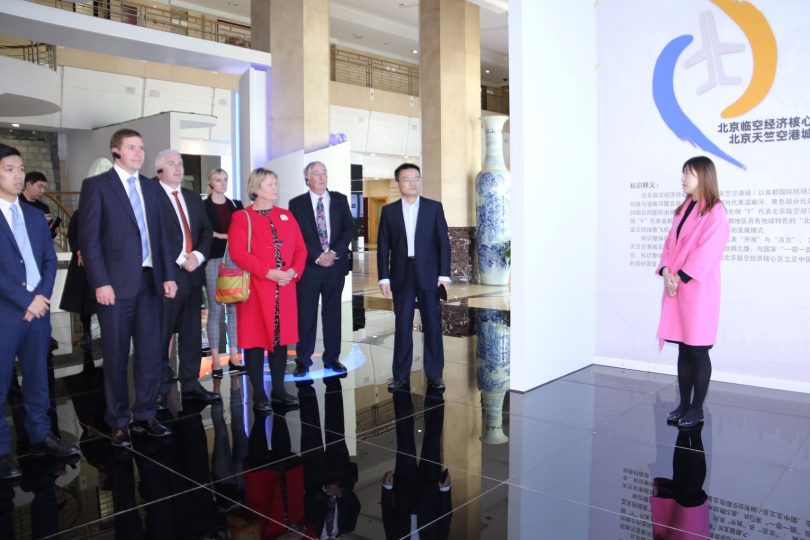 The webpage has since been taken down following media reporting on the appointment. The post reportedly stated that Mr Johnson said he would mobilise more young Chinese to participate in the anti-independence and reunification movement.

The Liberal Party said Mr Johnson is not, and has never been, a director of the Australian Council for the Promotion of the Peaceful Reunification of China.

“Mr Johnson attended some community events organised by the group in 2014 and 2015 and has been disassociated with them since,” the party said in a statement last week.

“Any suggestion of a relationship between Mr Johnson and the Chinese Communist Party is rejected.”

Chief Minister Andrew Barr has consistently put the onus back on Mr Coe to explain the situation in more depth and deal with whether Mr Johnson’s position is tenable less than a week out from the election.

“It is now a long line of Liberal candidates in Kurrajong that have had significant issues or have had to stand down or have quit the Liberal Party,” Mr Barr said.

“There are some pretty big questions being asked here and I think Mr Coe needs to explain what is going on.”

When asked about whether the Liberals’ vetting process was substantive enough, Mr Coe turned the question back to Mr Barr, asking why he was so obsessed with the issue.

“I think there are pretty worrying undertones to what Andrew Barr is saying,” Mr Coe said.

“The Labor Party in NSW has form. I think Andrew Barr has to be very careful about what he says and how he goes about his business,” he said, referring to allegations and investigations of Chinese influence and illegal donations to the Labor Party in NSW.

“From what I understand it did not involve Australian Government support through the Department of Foreign Affairs and Trade, so private trips by political parties overseas are odd. That is normally supported through our national government,” he said.

The Liberal Party group visited hospitals, schools, the Department of Foreign Affairs, aviation officials and cultural centres while in China. The trip did not use public money, the Liberals said.

Belt and Road deal for the Woden tram?

As with politicians of all persuasion: if they won’t answer then that’s your answer.