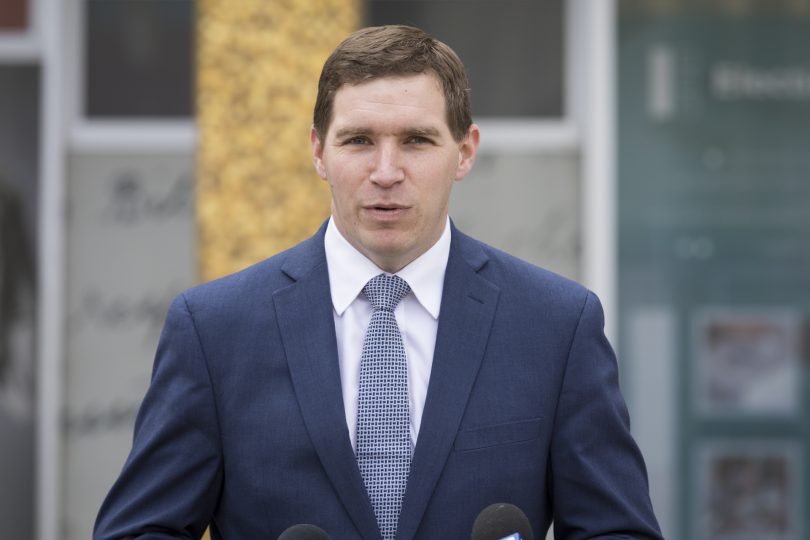 Canberra Liberals’ leader Alistair Coe has admitted there was a “breakdown” in the party’s vetting system after Peter McKay was disendorsed as a candidate for his comments about Indigenous acknowledgement of country and a homosexual “bias” in ACT Policing.

The vetting process for Mr McKay – who replaced Kurrajong candidate Vijay Dubey after he was dumped in July – was different from those who were preselected at the end of last year, Mr Coe said.

The original 25 candidates were all vetted both internally by the Liberal Party and by an external vetting agency. Region Media understands that Mr McKay was not subject to the same external process as he had previously stood as a Liberal candidate.

“There has been a breakdown in the system, that is obvious. It is very regrettable; I wish this had not happened. I wish the offence had not been caused,” Mr Coe told ABC Radio.

Mr McKay – who was also a Canberra Liberals candidate in 2016 – condemned the ACT Government’s adoption of Acknowledgement of Country in his submission to the religious freedom review in 2018.

“The government’s adoption of animistic religious practices is to be condemned. The welcome to country ceremony does not accord with aboriginal practice and is a misrepresentation,” Mr McKay wrote in his 2200-word submission.

“The last one I attended included the acknowledgement and worship of aboriginal ancestors. This is similar to a number of animistic religions around the world.” 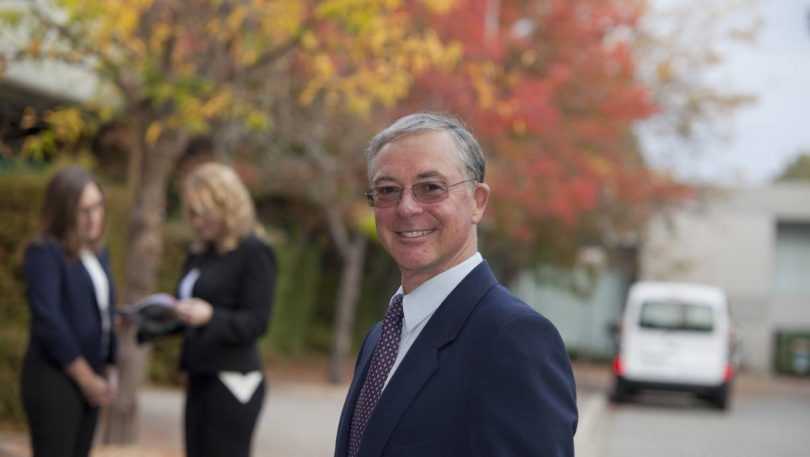 Peter McKay was dumped by the party two days after being officially endorsed when his comments were revealed in the media. Photo: Supplied.

“In the case of the ACT all same-sex advocates are not the same,” he wrote.

“The man that used six gas bottles to bomb a secluded Christian organisation in Canberra had worked as an advocate in the USA yet the within 24 hours of the attack the ACT Police influenced by the homosexual Chief Minister and the strong lesbian influence in the ACT Police (yes, I could provide some names) dismissed the attack on religious thought by describing the cause as a mental health issue,” he wrote. 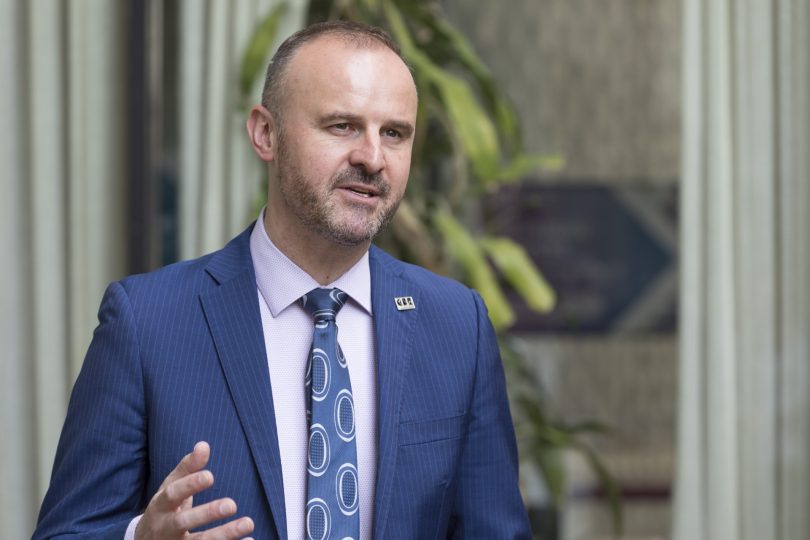 Responding to the comments, Mr Barr said the selection of people like Mr McKay highlights the values of the Canberra Liberals.

“He is not the only candidate that hold views like that and so to the extent that his candidacy and his views now get a public airing, and give people an understanding of what underpins the Canberra Liberals’ approach to public policy, approach to minority groups is pretty alarming,” he said.

“This is a candidate whose values, whose stated opinions on those issues and others – a quick Google search will identify some quick extreme ultra-conservative views on many issues – reflect the rank and file of the Canberra Liberal party and what has happened to what once was a liberal party is now an ultra-conservative party.”

However, this was rejected by Mr Coe who said Mr McKay’s submission and views led to his prompt and decisive action to demand his resignation.

“I very much believe in an inclusive Canberra, one that values everybody. I have taken decisive action and we will make sure that we will do better in the future.”

The Canberra Liberals will run a replacement candidate, who will be announced in the upcoming weeks, Mr Coe confirmed.

Zed Seselja and his puppet Alistair Coe are attempting to move the Canberra Liberals to the far right and this little exercise has backfired with Zed, Alistair and Candice Burch the main architects for McKay’s candidacy. Why are the media reporting that Alistair Coe has taken decisive action in dumping Peter McKay when McKay’s right ring views and prejudices are widely known both within and outside the Liberal Party? And why are your media organisations simply accepting Alistair Coe’s excuse for Peter McKay’s dumping as poor vetting?

I don't think it would even occur to well-adjusted people to even wonder if there is a homosexual bias in ACT policing. What a weird thing to even pop into someone's head. It's like they are obsessed and fantasise ...?

No vetting because it's what they believe....

If a candidate does not meet Mr Coe’s standards then Mr Coe should be disqualifying himself, because clearly his own performance has been sub-standard by all measures. He is unelectable and must recognise this for the good of his party, the electorate and the future of the city. Canberra for many many reasons needs to replace Labor/Greens with a viable alternative. Hanson would have a better chance.

Actually, there is a viable alternative, in fact seven of them: Mike Stelzig, Bethany Williams, Robert Knight, Therese Faulkner, Tim Böhm, Peta Swarbrick and Stephen Lin. We are candidates for the Canberra Progressives party. We are not in bed with unions, big business, lobby groups or overseas powers. We are Canberrans who want you to take back power and true democracy. We are here and ready to be elected. As always, we can lead the horse to water but can’t make it drink. If you vote the same, you get the same. Our slogan is “Demand Better”. So, seriously, the only way to get the people a say in how the ACT is run is to elect normal folks like us.

Everyone should be extremely concerned. A weak opposition means a weak government. You cannot suggest that the current crew are doing a fab job, just the opposition are struggling to offer a viable alternative.

Well, that didn’t take long. A week is a long time in politics, goes the saying? That’s going to need to be revised down somewhat.

These days the ACT Liberals are basically irrelevant.

You people endorsed a candidate representing your so called liberal values: then sacked him. Does this mean the canberra liberals are deeply divided over these issues to the extent this has interfered with policy development?

Breakdown in vetting? Umm... the first question you ask when vetting someone is "what's your full name?". Once you get that hard one out of the way, look up any submissions they've made in the past politically. Then Google them just in case. It's not hard. His submission in full is a pearler btw- link to it below. Nice use of Hitler and Stalin to help his argument 🥴. Wow.... just wow. Here it is in full if you're curious.... and the Liberal's still hired him. https://www.pmc.gov.au/domestic-policy/religious-freedom-review/submissions/peter-mckay

It appears that nobody learns.

I guess that is how they ended up with Coe as there leader... 🤔

They must be disappointed. He was definitely leadership material.

I would hazard a guess that they did this to try and make the rest of them look moderate.

This is what we call a "trial balloon". You float an idea to see how it goes, then when people don't like it you can shoot it down yourself and float another slightly less offensive balloon.

I thought that the views he expressed were party policy?

George Watling - 5 hours ago
Yes lets have more $1.9 billion spends on Trams and bad urban infill stuffing up the city. View
Mark Chapman - 9 hours ago
Who believes a word that these Tony Abbott wannabes say? View
Stephen Page-Murray - 9 hours ago
Just noticed a Liberal corflute. Lower taxes, better services. Now most intelligent people know it can be one or the other, n... View
News 1