Community comes to the table for Jerrabomberra family 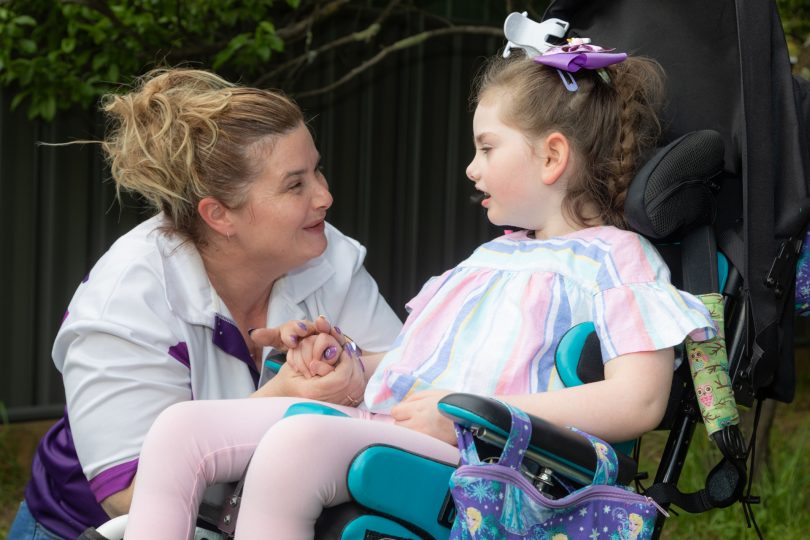 Kelly Thomas and her daughter Jordan are receiving an essential change table thanks to the support of the community. Photos: Michelle Kroll.

When six-year-old Jordan Thomas is sitting on a horse once a week with Pegasus Riding for the Disabled in Canberra, she feels on top of the world.

However, when her mum Kelly approached the National Disability Insurance Scheme (NDIS) to get a $4200 change table to assist with the routine of changing Jordan up 10 times a day, her heart sank.

“If I ever get told no, I just find a way to say yes,” Kelly tells Region Media after the community came through and provided the Jerrabomberra family with what they desperately needed for their daughter who lives with a rare and severe neurological condition called Rett Syndrome.

Jordan Thomas was diagnosed with Rett Syndrome four years ago, which means her mother, Kelly, takes on the additional role of carer with husband Les, a full-time mechanic, and their two older children, aged 22 and 23. 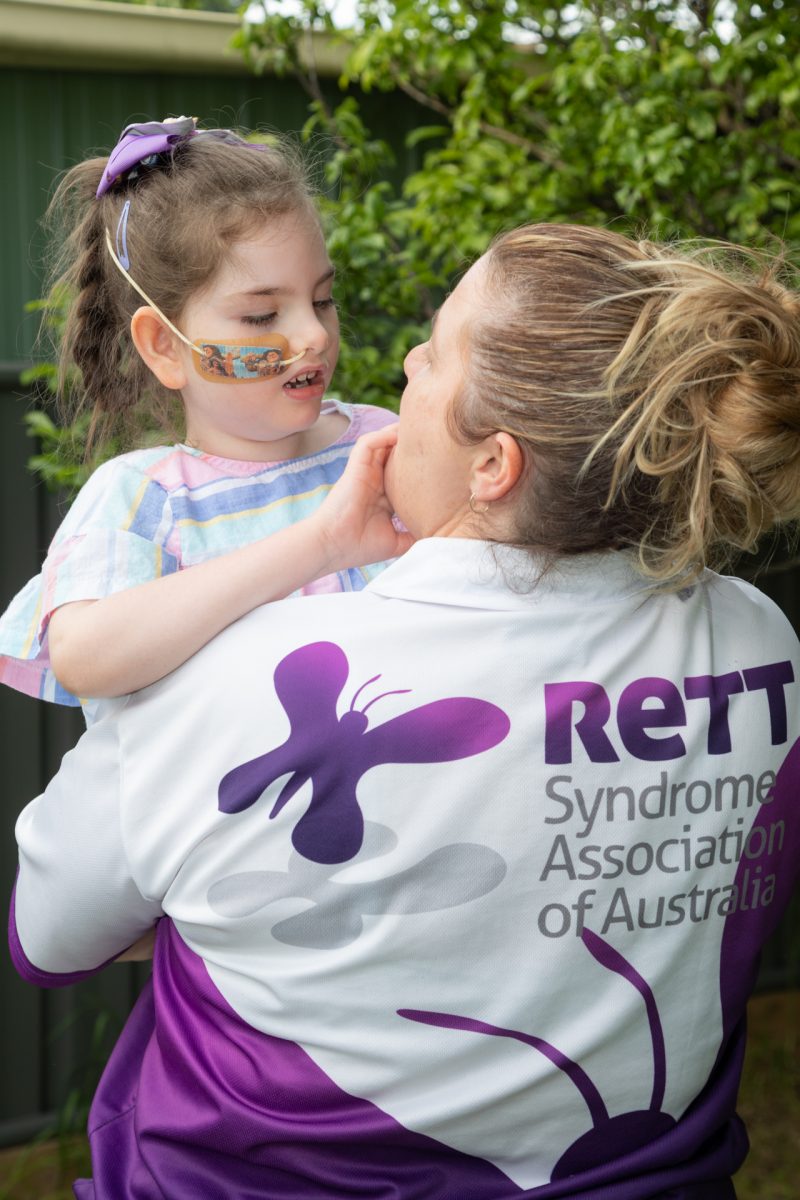 Jordan Thomas has Rett Syndrome and is non-verbal, but communicates in other ways with her mum Kelly.

Jordan is non-verbal and tube-fed. She has limited mobility, scoliosis in her spine, hip dysplasia and suffers from seizures. Lifting Jordan from the living areas of their home to the bedroom to change her means Kelly has also struggled with back pain and the mental stress that brings.

To get the table, the NDIS said Jordan would need to go through another NDIS assessment.

Unable to help with a second-hand change table, the TADACT team sought help from the Jerrabomberra Rotary Club and negotiated a new table near-cost through Lightning Mobility in Queanbeyan.

Kelly says while she is very grateful for the NDIS, it was frustrating to face ticking more boxes to have Jordan re-assessed when only a minor change to her plan was required.

“We’re incredibly grateful for the NDIS which has always been there to help with the support, the physio and everything that Jordan needs. But at the same time, it can be very frustrating when you do all the things you have to do, then you get asked to do a bit more,” Kelly says.

“People don’t seem to understand that families don’t have the time to ask for help, then the NDIS asks us to do a trial for a changing table. We did all they asked and showed them what the table was going to do and where it would go in our house, but then they said we would need a whole new plan.

“It just adds an extra layer to everything we already do.”

After waiting “the longest nine months of our lives” for Jordan’s diagnosis of Rett Syndrome in March 2016, the Thomas family have become staunch advocates for about 200 other families in Australia who have a child with Rett Syndrome, which affects mostly girls but also some boys. In Canberra, there are six families whose children have Rett Syndrome.

Kelly says she is also grateful to have a community that can also step in to help raise a child.

“We know there are families out there who just don’t have the time to say, ‘help’. It shouldn’t be that way. When you’re asking for help for your child, you shouldn’t have to fight because the NDIS has got all the information it needs.

“We have some amazing friends and were gifted a vehicle that helps us transport Jordan to where she needs to go. We were able to gift a wheelchair to another family who desperately needed one,” Kelly says.

Trudy Taylor from TADACT said most of the time, the NDIS is there to support families of people with a disability, but the scheme needs to be tailored more closely to the people who need it most.

“We’ve seen people wait for 18 months for a bicycle for their child and by the time the funding is approved, the child has outgrown the bike,” Trudy said.

“We realised how desperate the situation was for the Thomas family and Jordan, and were able to have funding confirmed within days. It was a difficult situation that just became really tough and we’re very glad to help get a positive outcome.”

In addition to the new change table, with COVID-19 restrictions continuing to ease, Jordan has been able to return to riding with the Pegasus team. She also returned to school last week.