One man's dance steps are a giant leap for a generation 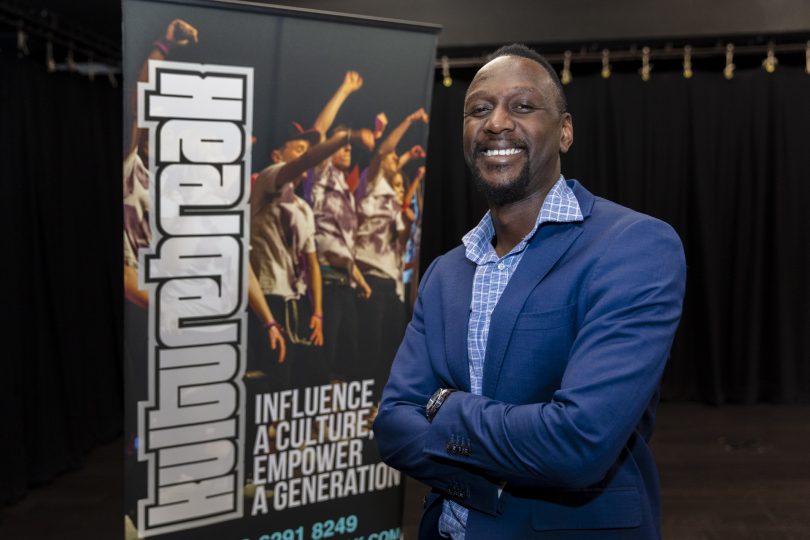 Kulture Break founder and CEO Francis Owusu is transforming the lives of young people around the world. Photo: Thomas Lucraft.

Before it was cool for boys to dance, a shy 15-year-old, Francis Owusu, took a leap of faith during a rock eisteddfod in the early 1990s as part of a dance troupe from St Edmund’s College.

Francis and his St Edmund’s College classmates finished second in the ACT final of the rock eisteddfod, but it was the first tentative shuffle towards building an organisation called Kulture Break that has since helped more than 400,000 young people around the world.

Having moved from Victoria, Francis had a tangible sense of not belonging. He has since been named an ACT Local Hero of the Year and one of the 14 most influential people in Canberra by the ACT Government.

“I was really, really shy and struggled with my self-esteem,” Francis tells Region Media.

“But when I got on stage and danced, I had that confidence, so instead of people looking down on me, they looked up to me. I was able to express myself and be accepted,” the now 43-year-old founder and CEO of Kulture Break says.

Seeing Beyoncé perform provided another small but significant springboard that saw Kulture Break grow from a fledgeling group of eight disengaged boys from Lanyon High School in 2002 to more than 8000 young people in Canberra alone.

“After seeing Beyoncé I’d started running some breakdance classes on the weekends. I was also trying to change the culture and break the stereotypes and barriers that stop people from being themselves.

“But I had to come up with a name,” Francis recalls.

“So Kulture Break was born, but with a K because we dare to be different.”

The journey since has been one without a destination as more schools in the Tuggeranong Valley, Canberra, Australia and the world engaged with Kulture Break’s next steps to transform a culture of negativity and bullying into a one of pride and achievement.

“The message of Kulture Break is that you don’t become somebody, you are somebody,” Francis says. 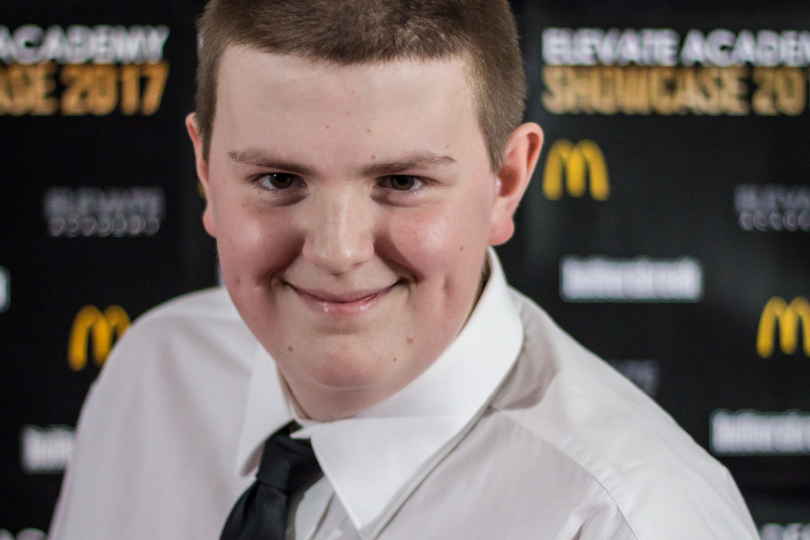 There is no better example of that somebody than James O’Hehir, who speaks openly about being bullied at primary school when he was diagnosed with high-functioning autism.

“I was bullied tremendously and I just felt like I didn’t really belong anywhere. It got so bad that I felt scared to go into the outside world,” James says.

“I found strength in Kulture Break. They put me on stage at the Canberra Theatre. It was my first time on stage, and for an autistic kid, that’s really saying something.”

As Kulture Break’s inclusion ambassador and the senior member of their Man Up mentoring program, James supports young boys who have endured bullying or have a disability. He was a finalist for the emerging young leader award at the 2019 Chief Minister’s Inclusion Awards and is currently studying a Certificate in Childcare.

Phoebe, Aaliyah and Larissa have similar stories from having to dance with the devil of self-doubt. Timothy Omaji, better known as dancer Timomatic, is also a Kulture Break protege who won a national hip-hop dancing title and then rose to fame as a finalist on the television series So You Think You Can Dance in 2009.

Francis and many others had been told that dancing wasn’t a real job, so he has moulded Kulture Break into an organisation that runs programs in dance and music, mentoring and employment. The social enterprise and registered charity also receives regular funding from the ACT Government and fees from its subsidised courses. 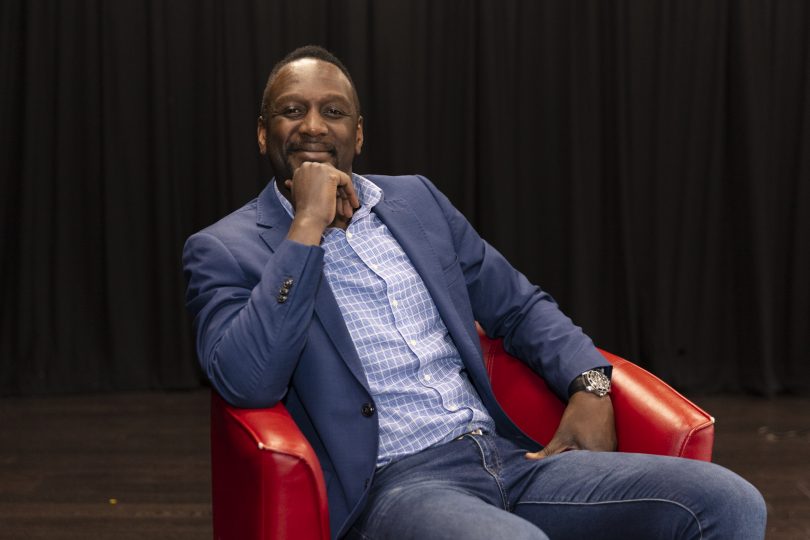 “You don’t become somebody, you are somebody,” says Kulture Break founder Francis Owusu. Photo: Thomas Lucraft.

Between teaching dance classes for mums and grandmothers aged between 30 and 80, Francis is not sitting and waiting for the coronavirus pandemic to evaporate into thin air. He says it more important than ever to show leadership qualities.

“There’s pressure on kids now more than ever. We’ve all felt it, but young people are being hit hardest by COVID in areas of retail, entertainment and hospitality. They’ve lost job prospects so the next 6-12 months are vital.

“We have to keep kids from being disengaged because once that happens, it becomes really hard to re-engage them. We need to keep finding things that kids are passionate about.

“For me, it started with dancing, but if you give someone confidence to achieve their goals, I can help show them a pathway to whatever they want to do. We’ve had two hip-hop dancers now doing ballet professionally in Germany. Another Kulture Break kid has just joined the police force.”

Francis says the next pathway may just be leading an organisation like Kulture Break.

“I’m going to have to pass this baton on at some stage, so I’m already thinking of how we train the next generation to carry the torch and take Kulture Break to where it needs to keep going.”

Well done Francis! Great initiative which has made such a huge impact amongst our community!

An amazing man! I have seen the powerful influence Kulture Break can have on kids. Long may it continue!

Francis is a champion and a genuinely great guy. The way he’s worked to make Kulture Break such an inclusive and loving community is evident by the huge smiles and pride on the performers’ faces and the success of the alumni. 🙌🏼⭐️❤️ 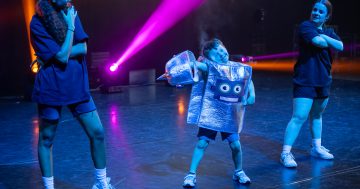 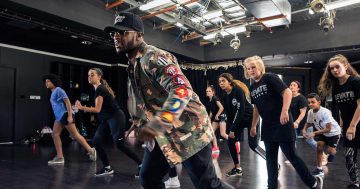 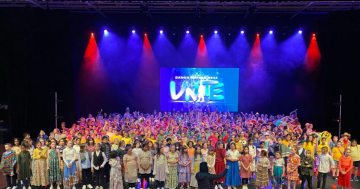 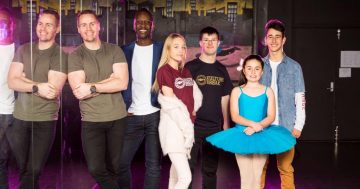 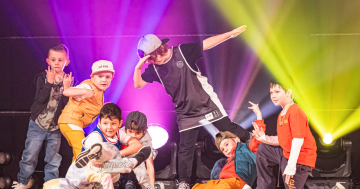 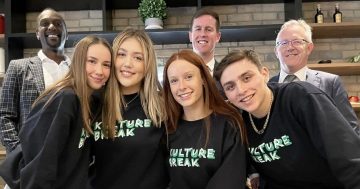 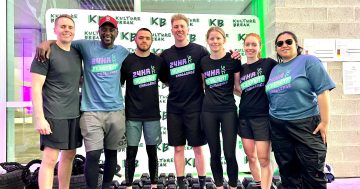 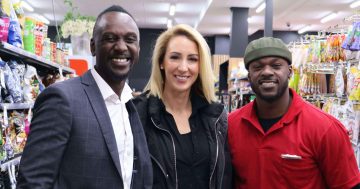