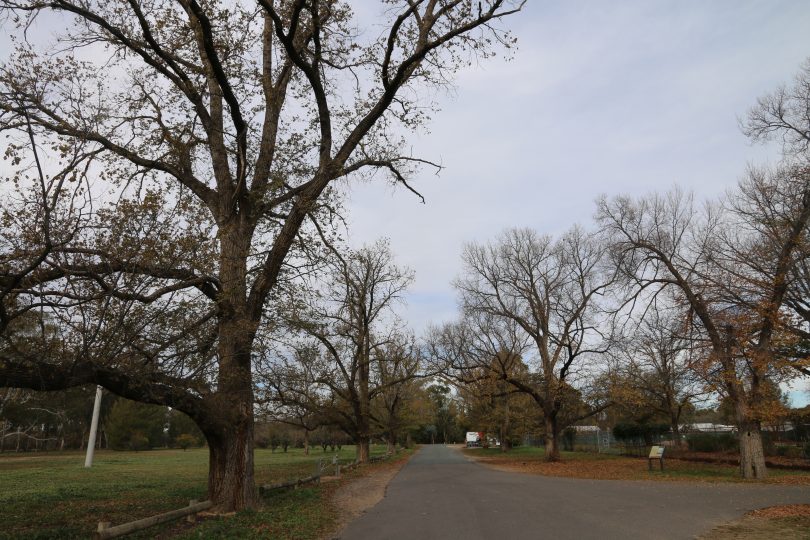 The Liberals and Labor continue to clash over the price of trees in the Territory after the opposition released the first parts of its environment policy ahead of the October election. Photo: Dominic Giannini.

Building on the back of their one million trees in the ACT announcement, the Canberra Liberals have promised every child starting kindergarten a voucher to buy a tree from any Canberra nursery.

But as Labor hits back at the Liberals’ uncosted policy, the battle has shifted to how much it costs to plant a tree in the ACT.

Opposition leader Alistair Coe put the figure at $10 to $20 a tree, while Minister for City Services Chris Steel costed the policy at $380 a tree.

Under Labor’s costing, the $380 figure includes five years of watering, maintenance, preparation for planting the trees, digging the hole and even letterbox drops informing the public about the plan.

On the other hand, the Liberals’ policy did not cover costs including maintenance or planting.

The types and ages of the trees in the Liberals’ planting policy are also unknown, with young ‘tube stock’ trees being considerably cheaper than their aged counterparts.

Trees can range anywhere from $3 to well over $100, according to City Services.

At the Heritage Nursery in Yarralumla, most tree species were priced between $40 and $200. A knee-high turkey oaktree costs $35, while a slightly larger chestnut leafed oak was $50.

Deciduous trees like different varieties of maples could cost hundreds of dollars, while flowering cherry trees were almost $300. Small bottlebrush varieties were around the $20 mark, while small eucalypts and banksias were under $20. 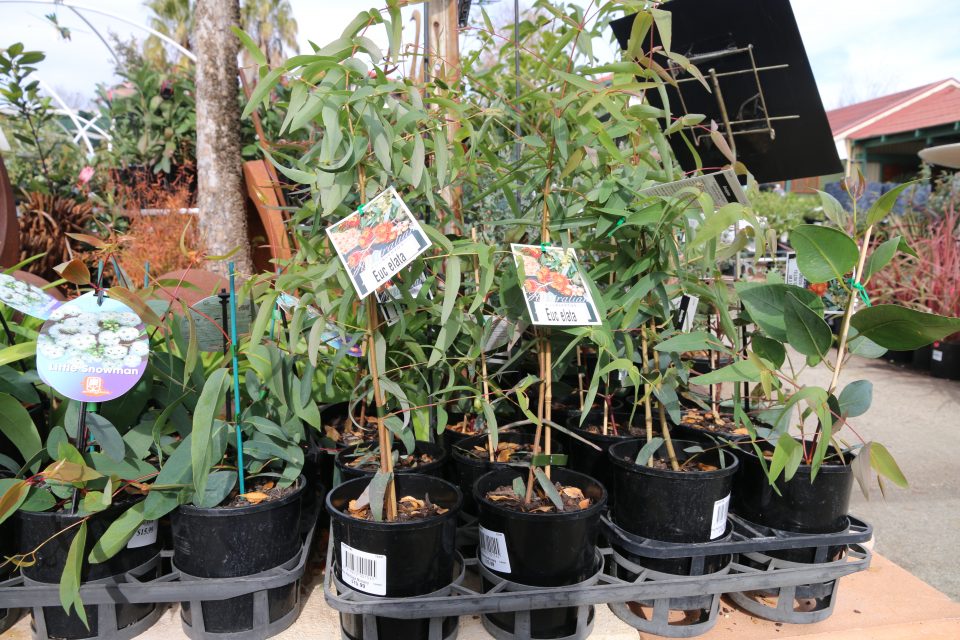 Tree species at the Heritage Nursery in Yarralumla that were priced around the $20 mark. Photo: Dominic Giannini. 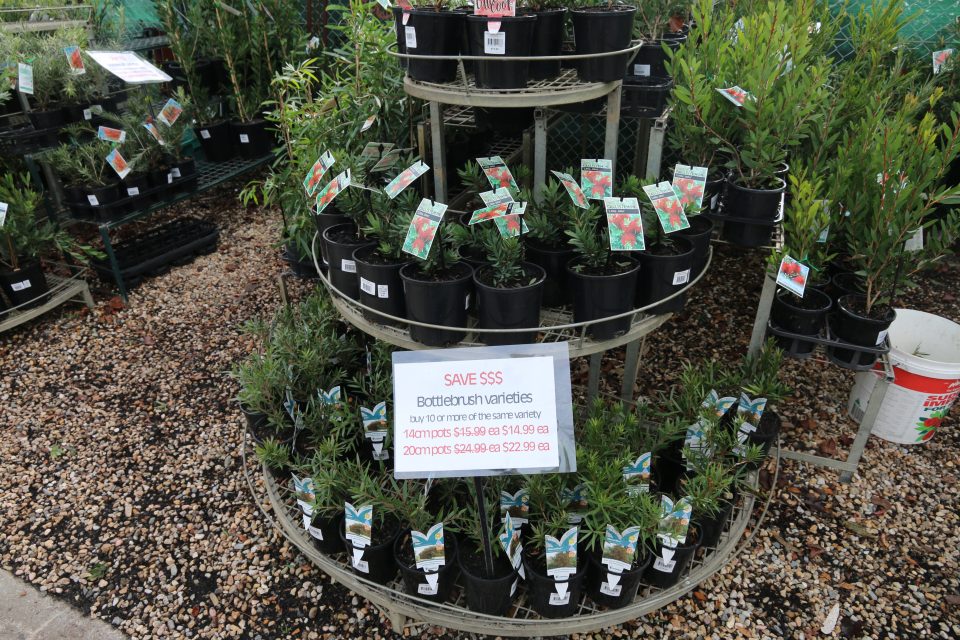 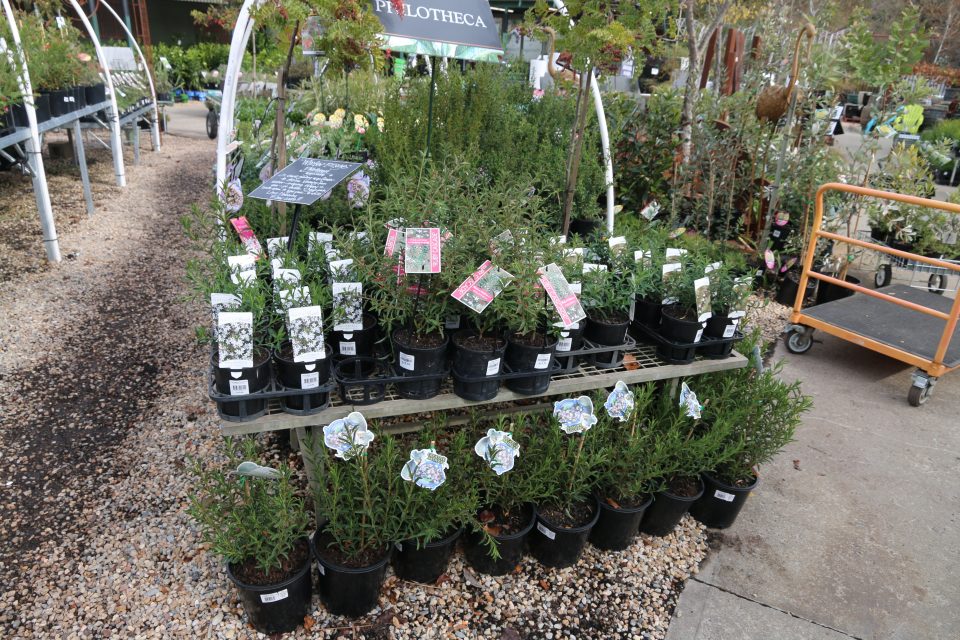 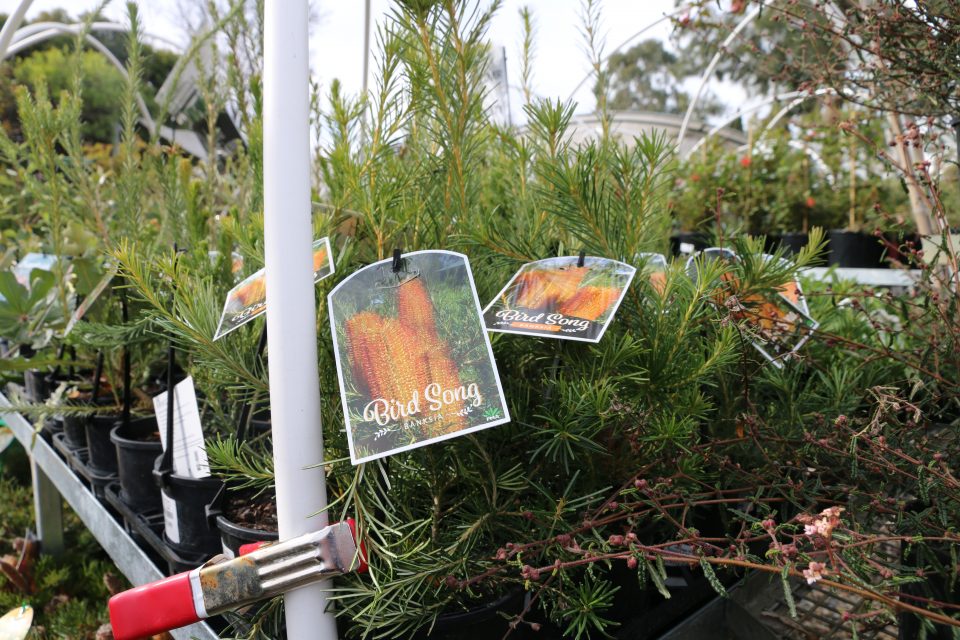 When asked about the discrepancy on Monday (8 June), Mr Coe told reporters that the Labor Party had conflated the figures to discredit the Liberals’ policy.

“Obviously the Labor Party is not supportive of planting one million trees over the next decade. There are many ways that we can deliver this policy, there is ample opportunity for planting trees in the ACT,” he said.

But Minister Steel said the price cited by the Liberals would only purchase vulnerable trees that would see seedlings fail in their thousands.

“$10 to $20 per tree will see ‘tube stocks’ planted in an urban environment and will be trampled and will not reach maturity in a street environment,” he said.

“This Liberal policy completely disregards the preparation [and] the ongoing water cost that is required. We need to put the facts on the table, it costs $380 to plant a tree because of the maintenance costs required, because of the ground preparation.”

Vouchers would be in the vicinity of $20, Mr Coe said, professing that he would be surprised if parents did not take up the scheme.

“It is a modest commitment in terms of the cost, but a very important one because the benefits that come from planting a tree are, of course, generational,” he said. 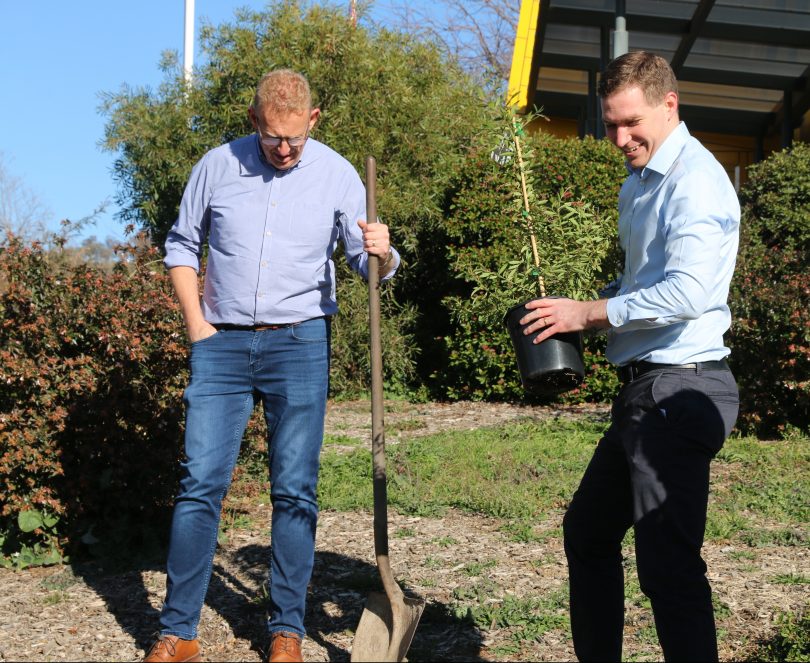 “This will add to the number of trees in the ACT, but importantly also brings real educational benefits for a child, learning about that planting process, learning about the benefits of planting trees and that joy of watching it grow up as the child does.”

Mr Coe told reporters that giving vouchers to parents and children to help reach the one million tree targets, instead of ensuring the maintenance through City Services, would increase community interest and knowledge about the environment

Whatever the costs maybe the benefits trees deliver to everyone (how owners, renters, women, men, and children of all ages) are spectacular. Research from industry organizations and universities clearly shows that trees in suburbs:
– increase property values by 10’s of thousands of dollars,
– reduce air conditioning costs when they shade roads, houses, yards, and open spaces,
– protect us from dehydration, heat stress, and heart stroke on hot summer days and during heat waves,
– protect people and property from high winds and storm damage
– can increase the useful life of paths, roads, and buildings by blocking damaging UV rays.
Without them we would live in a barren wind swept sun burnt landscape devoid of life. and value.

That might be the cost (with every conceivable on-cost included?) for ideal, by-the-book plantings, but every replacement/additional tree planted in my street over the years has just been put in the existing soil, with a slurp of water on the day of planting, and that’s it.

If there has been periodic follow-up/watering it must have been done unobserved, in the dead of night, by particularly stealthy tree maintenance ninjas. Happily, all of those plantings have survived, and those with roots which have found their way into the main drain have done very well – even without the benefit of letters of introduction from the government…..

This proposal from the ACT Liberals is certainly open to criticism, but the defensive response from the government suggests a raw nerve has been touched on this subject.

I’m thinking the watering has gone I observed.

Maybe it is because I live in a relatively new suburb I see the water trucks all the time watering trees including those planted 7-8 years ago when the suburb was new.

I also saw in my older established suburb water trucks watering not only newer plantings but older plantings too. I believe the policy is new trees one deep water a month in the hotter months and established trees two good waters a year.

And what are the kindergartners who live in apartments going to do with theirs?

It is a nonsense policy. Trees need to be planted with an overall plan in mind i.e. type of tree and location. They then need to be cared for. Silly Libs. Silly ill considered policy. Another term in opposition coming up.

Yes trees are important, but they don’t come free.
Which trees do you choose – you can’t plant eucalypts in school grounds for example…
Who plants them? The tooth fairy?
Who waters them for the next few years until their roots establish? You can’t depend on rain here in the ACT.
Mr Coe seems not to have a clue on the initial cost of buying in seed, getting trees to germinate and grow, upsizing the plant pot until sale time. It takes time from when you plant a seed until it’s time to plant – it’s not the same as the Jack and the Beanstalk story…I think Mr Coe seems to think that’s how everything grows!
He says Labor is inflating costs – but he’s pretending that just $10 will cover it, and it doesn’t.
No garden nursery can produce a million trees even over a 10 year timeframe…you can’t just drop an order into a nursery and expect them to produce one million trees for free until sale time.

Annie Wyer but is that any reason to totally abandon the idea. I don’t follow either party but at least they are thinking about some new ideas. Labor has been in power too long and are too comfortable.

Are there any limitations on what type of tree the voucher can buy or is it a voucher to buy just any old tree to plant in any old place? I’m thinking of all those ugly eucalypts that uglify the streetscapes. The Liberals are conservatives which means no ideas and no policy direction. This is just policy on the run without any strategy in the hope of getting votes. The ACT government is the only government in Australia that has a clear policy for tackling climate change and increasing the tree canopy in Canberra and this is set out in the Living Infrastructure Plan. Just google it. The Canberra Conservatives (sorry Liberals) have Criticised, denigrated and distorted the plan and come up with this sham of a policy. Shame on them.

Its pretty un-Aussie not to like poor old Gums. They are iconic. You know there would be no Aussie parrots without them. No Rosellas, Gang Gangs or Galahs. Also the ACT Labor/Greens alliance has over seen the whole sale destruction of the ACT’s tree canopy. We’ve lost over 40,000 trees since they came to power. The Living Infrastructure Plan is completely flawed. It window dressing and spin designed to paper over the massive urban infill program they are engaged in across Canberra. The reality of the ACT Government suite of plans is that they want to squeeze tens of thousands of new dwellings into existing suburbs and to do that they need to decimate block sizes, take over open spaces, cut down trees, carve up our wildlife corridors, and concrete over gardens. They are hell bent on turning Canberra in to a high density heat island where nothing but people and cockroaches can live.