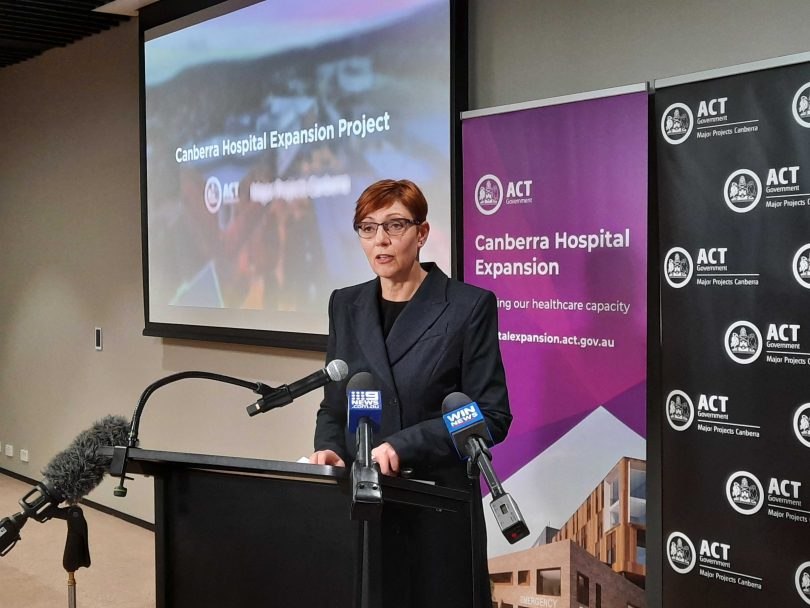 A new fly-through animation of what the $500 million Canberra Hospital expansion project will look like has been released to mark the signing of the main design and construct contract with the Multiplex.

While there is still a lot of design work to be done, particularly to do with the interiors, the video provides a reliable representation of the new Emergency, Surgical and Critical Healthcare building which will bring much-needed extra capacity to the hospital.

Major Projects Canberra’s chief projects officer Duncan Edghill said the exterior of the final building would look very much like the images shown in the video.

He said Multiplex will be working with clinicians on the interior fit-outs, including creating prototypes so facilities could be seen in real form before they are built.

Mr Edghill said enabling works had been underway for some time but the next step would be the demolition of Buildings 5 and 24, followed by excavation of the site from which the new building will rise. 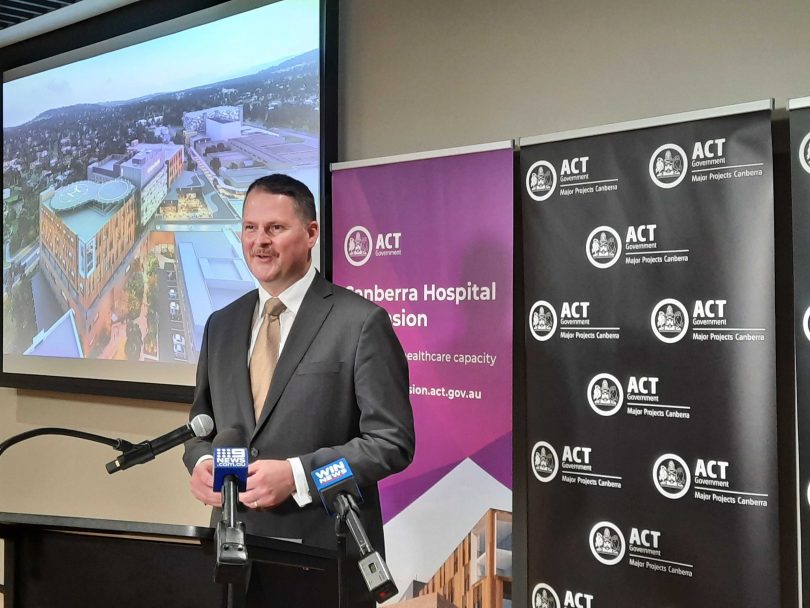 Major Projects Canberra chief Duncan Edghill: next step will be the demolition of Buildings 5 and 24, and excavation of the site.

Health Minister Rachel Stephen-Smith will be keen to keep the long-awaited project on track so the opening can happen in time for the next ACT election in October 2024.

Ms Stephen-Smith said the contract signing was a critical milestone that sticks to the timeline set out in the last couple of years.

“This project remains within the budget we have set for it, and I’m really confident that Multiplex is going to deliver on the timeline we have laid out,” she said.

She said that over the coming months the government and Multiplex would continue to consult with hospital staff and clinicians, consumers and the community on the detailed designs which are aimed at achieving better patient flow, particularly in Emergency, which continues to be dogged by lengthy waiting times.

The prototypes will be built at the former Woden CIT site where the new 1100 space staff car park is taking shape.

Two stages are already open and the entire car park will open in August, taking pressure off the multi-storey facility where there will be more space for patients and visitors.

Ms Stephen-Smith said the hospital is working on the new parking arrangements to make the multi-storey car park easier to use and a friendlier place to be.

She said the expansion project would add 43,000 square metres of state-of-the-art facilities to the hospital campus.

“The Canberra Hospital Expansion will ensure Canberrans have access to a world-class tertiary hospital as our population grows,” Ms Stephen-Smith said.

“The increased capacity, state-of-the-art clinical facilities and welcoming spaces delivered through this project will help to transform emergency and critical healthcare for Canberrans and people from the surrounding region,” said Ms Stephen-Smith.

These include a new administration building, refurbishments to buildings across the campus and the new Building 8 which houses the Sexual Health Centre, Surgical Training Centre and staff development rooms.

Comment on the development application lodged in March closed on 18 June.

Nurses are out of masks now. Have to supply their own.

i wonder what debacle will come from this project????