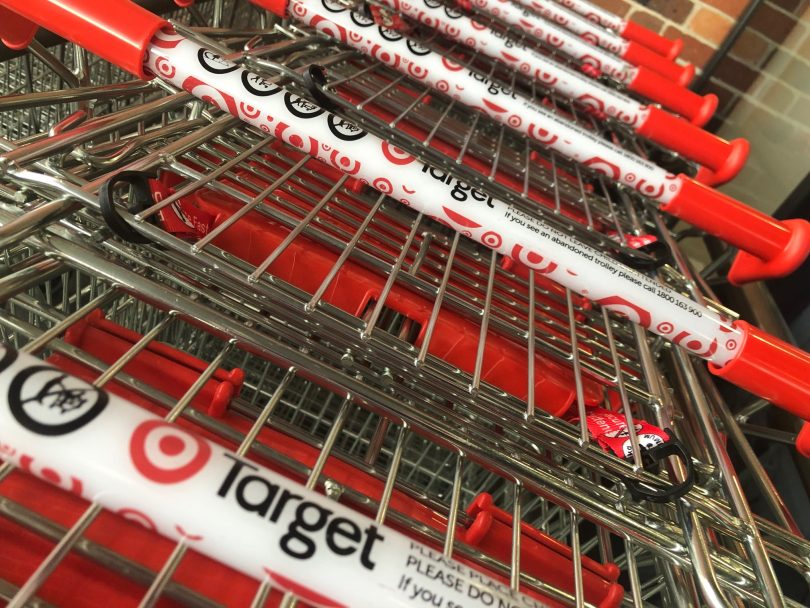 Batemans Bay Target is due to close on April 20. Photo: Ian Campbell.

Mayors from country New South Wales have made their pitch to corporate Australia just days out from the slated closure of a number of Target department stores.

Eurobodalla Mayor Liz Innes, along with the Mayors of Gilgandra, Temora and Tenterfield, met with representatives of Target Australia earlier this week to raise concerns about the closure of Target stores in their communities.

With the Batemans Bay store due to close on April 20, Cr Innes says, “I was there to show support to my fellow mayors and to encourage Target to review its decision.”

“They gave us a really good hearing and there was an enormous amount of goodwill and genuine passion from the mayors to try and find solutions.”

In February, the Wesfarmers-owned chain said it was making plans to transfer staff to other parts of the business – which includes Kmart and Bunnings locally.

“Target is working hard to ensure our Batemans Bay team members can join another Target team at a store convenient to them or across the wider Wesfarmers retail businesses,” the February media statement said.

“Dan Murphys will add to the offering of businesses in the southern end of the Batemans Bay CBD, and has the potential for flow-on benefits through increased foot traffic to Target Country,” the Mayor believes.

“It would be a shame if Target didn’t wait and see whether business did improve before shutting the doors.

“We openly discussed options for alternative business models, but ultimately the online presence is having a major impact on the retail outlets, and that’s recognised.

“We all appreciated the opportunity to speak frankly and openly, and while Target representatives agreed to consider continuing further dialogue to explore ways to keep the stores open, they were non-committal and conscious of not setting false expectations that stores wouldn’t close as planned.” 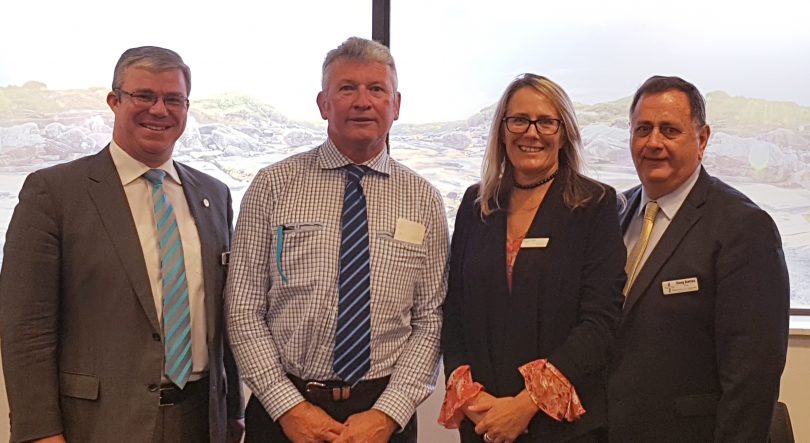 Speaking with Region Media late Wednesday afternoon (3 April), a Target spokesperson said, “at Target we are proud to be an integral part of the communities we operate in and we are committed to supporting the community, our team members, suppliers and customers as best we can.”

“This is why the decision to close a store is such a difficult one.

“While the plans for these stores [Bateman’s Bay, Gilgandra, Temora and Tenterfield] remain as announced, the councils put forward a proposal for an alternative operating model in regional areas which we will consider and review.”

Eurobodalla Council needs to be looking at how they can assist independents, forget the non tax paying conglomerates.
Concentrate on your local $ incomes and find jobs for your local workers

Queanbeyan Target is also a ‘target’. I don’t hear any protests coming from our Mayor. Perhaps he is doing it quietly!!!!!😔

It’s a dump no one will notice

Couldn’t even find the target store when we were there

Karen Coleman I love that target 🎯

Ruth Zanker when we were down at Christmas time couldn’t find it. There could be there the problem why it didn’t do so well.

Karen Coleman it’s more of a Country Target like Coolo

Ruth Zanker yep and i like those ones. Oh well sad for the bay

Karen definently a location issue. If it was in the stocklands it would do so much better.

Julie Ashworth feel for the staff and the locals. Does that just leave Kmart

Karen Coleman it’s up the other end of town. Near super cheap and bcf. Ir for us old timers it’s the old fosseys lol

“Target is working hard to ensure our Batemans Bay team members can join another Target team at a store convenient to them or across the wider Wesfarmers retail businesses,”

Is there another Target store nearby that they can transfer to?

James I think there is one in Nowra, Bega and Canberra. All 2 hours away. Oh and Ulladulla which is an hour. So not very suitable for many of them I could imagine.

That is the irony of their statement.

James Forge they can all just drive up and down the Clyde daily , all the way to Canberra. No hassles