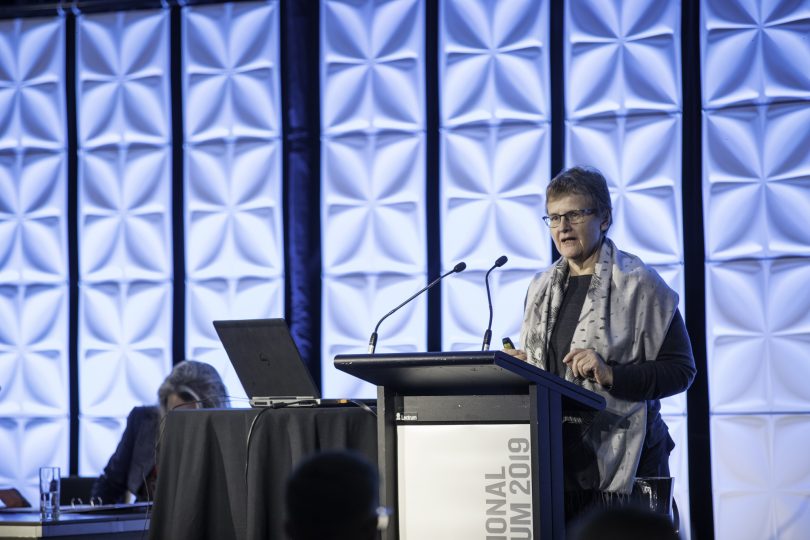 The president of the Country Press Association, third generation newspaperman Ben Taylor, has conceded that many regional papers simply cannot sustain a paywall without the revenue or reader numbers to make the model worthwhile.

Speaking at a Public Interest Journalism panel at the Australian Local Government Association’s regional congress in Canberra this week, Ben Taylor said “the digital model for small circulation newspapers just doesn’t stack up. We use digital platforms and social media to encourage people to buy the printed product, but our websites simply do not generate enough revenue to even cover the costs of developing them.

Mr Taylor said that US research shows that where regional communities lose their local media, they also lose civic pride and identity, and decision-making at the local level breaks down.

“Imagine that decision-making process without that level of scrutiny provided by local media,” he said. “How many taxpayer dollars would be squandered without the necessary level of public consultation?

“I’m not denying that our circulations are challenged as are our traditional revenue streams….. but we play a key part in the democratic process at the local level.” 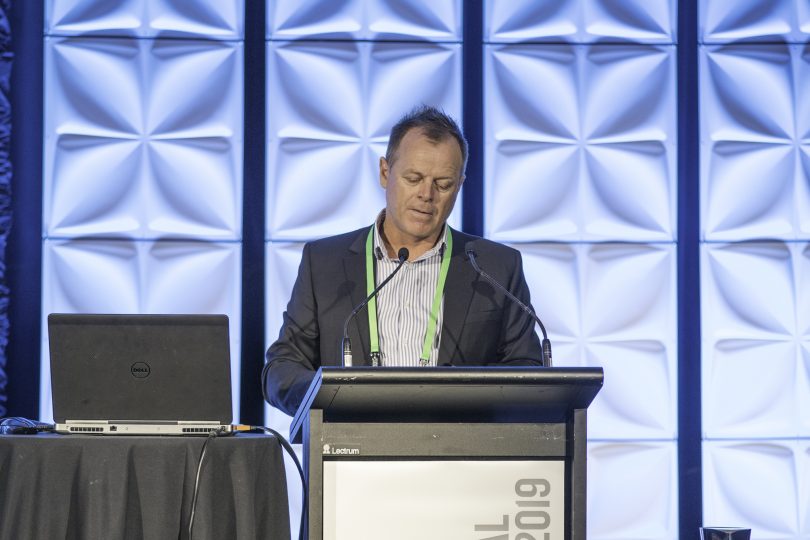 This generation newspaperman Ben Taylor told the ALGA congress that paywalls are not viable for regional papers.

The panel discussion in front of 250 local government representatives from around Australia included Region Media, as well as Margaret Simons, founder of the Public Interest Journalism Foundation, and currently an associate professor at Monash. She presented research commissioned by ALGA about the precipitous decline in local media and its effects on democracy.

“The communications revolution which has led to greater availability of national and international information has made it much more difficult to get local news,” she told the congress. “It’s much easier to find out what Donald Trump had for breakfast than why there’s an ambulance at the end of your street, why there is smoke on the horizon or why your potholes haven’t been fixed.

“There is a close relationship between the media and civic health. Where there is a decline in information, individuals are disempowered within their community. There’s plenty of existing research to say that local news is valued and more connected to communities than metropolitan equivalents.” 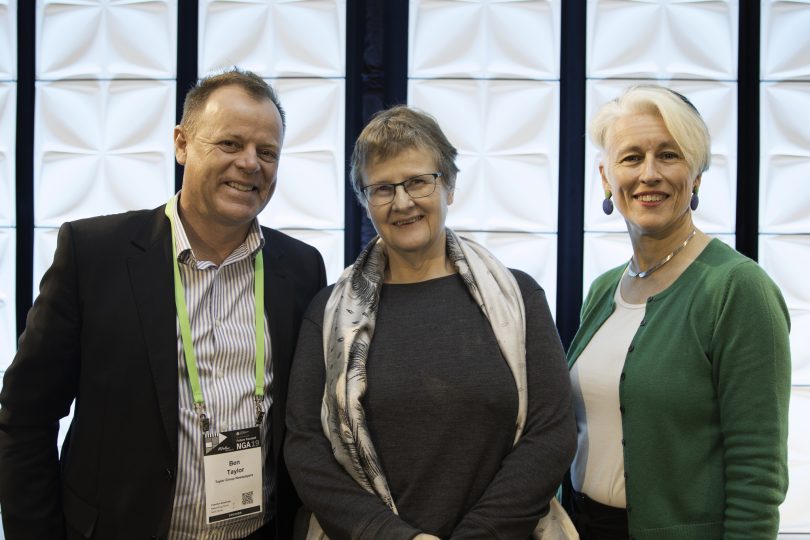 The crisis was not in the appetite for news, and nor was there any evidence to suggest that young people were not interested, Professor Simons said. Instead, it’s the business model as classified revenue streams disappear, families no longer gather to watch the 6 pm news together and social media vacuums up news content without employing a single journalist.

And that, Professor Simons says, is where one of the chief dangers lies: the citizen journalists and community websites that have replaced professional journalists are often partisan, more interested in reporting what they care about than objective analysis of the local news as a whole. In turn, the dearth of experienced journalists on local papers means that well-educated campaign groups have much more chance to manipulate the news.

Australian research shows that local news is suffering most, and the reporting that is critical for a civic society is being hollowed out, as journalists with little training are increasingly unwilling to tackle difficult and important issues. “Journalists have become news takers, not newsmakers. There’s often little input from them – no phone calls, no attempt to the other side of the story. 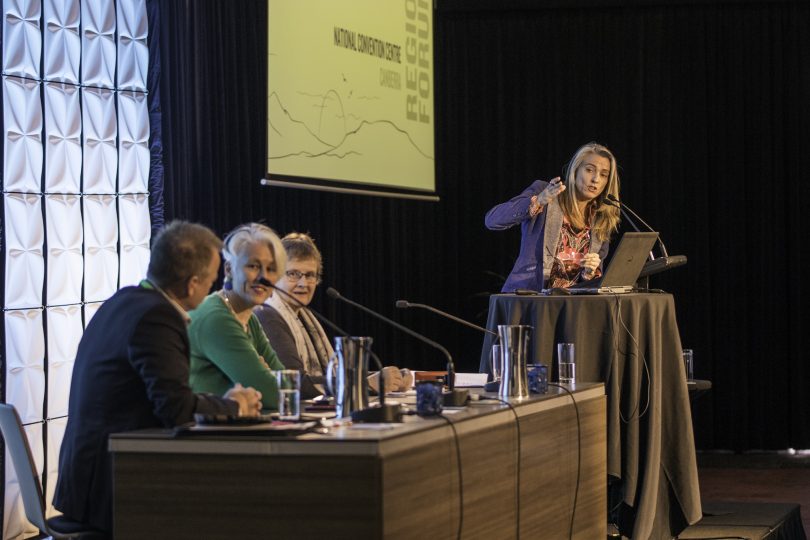 “That means communities are disempowered. They know themselves less well. It’s a cliche that information is power but its a true one,” Professor Simons said.

Region’s Media’s speech described a new way to prioritise quality journalism without needing to implement paywalls. Reflecting the need for local media to be smarter, not pricier, Region’s key message was that while the old business model is irretrievably broken, local connection and integrity are still vital for a strong media and that these values can be carried into a new media model.

There always was a ‘paywall’, the newsagent would call the police if you took off with a free newspaper.

I’ve just started visiting this site because Canberra Times put in their paywall.

I'm a pensioner, can't afford a paywall. I feel really cut off from what's happening in Canberra because of this.

I agree with you.

Ghanaian Aussies - 11 minutes ago
That is hypocrisy in the highest degree. If we are talking about inclusiveness and progressive as Canberrans, does that exclu... View
Charny Barney - 53 minutes ago
The Progressives are also dodgy, telling people they support light rail yet their Yerrabi candidate Mike Stelzig tells people... View
Charny Barney - 54 minutes ago
Alistair is loose with his language, and with what he really plans to do. He clearly has ultra conservative positions that un... View
News 5

Kosher Ayatollah - 2 hours ago
Robson Rotation is why we need so many corflutes. Candidates are fighting within their own parties for recognition, not the p... View
Business 3

Liv Ruth - 9 hours ago
Hi Jim Jim, if that is Covid debate you are talking about, this should be applied against everyone’s next rates invoice in... View
Property 14

Nicole Vassallo - 9 hours ago
Laura yes exactly!! Lovely family that owns and built this place, and such a stunning home... 😍 View
Laura Peppas - 10 hours ago
Nicole your neighbours? 😱😍... View
show more show less
*Results are based on activity within last 7 days

Demolition of the old Strathgordon Court public housing complex in Lyons has begun, with the heavy machinery moving in on...
Opinion 85

Truth, power and a free press: was there ever a more important exhibition?

@The_RiotACT @The_RiotACT
Sustainability and public safety issues are a major focus for Master Plumbers ACT in the upcoming election https://t.co/TbTjkFHMWv (39 minutes ago)

@The_RiotACT @The_RiotACT
ACT Policing is close to making an arrest in relation to the stabbing death of an 18-year-old male at a Weston skate park in the early hours of Sunday morning https://t.co/0bG1qzZfo3 (51 minutes ago)

@The_RiotACT @The_RiotACT
From generators to vacuum cleaners, online charity @GIVIT_AUS is getting much needed help to bushfire affected communities around the region https://t.co/t6pbVFQg7x (3 hours ago)