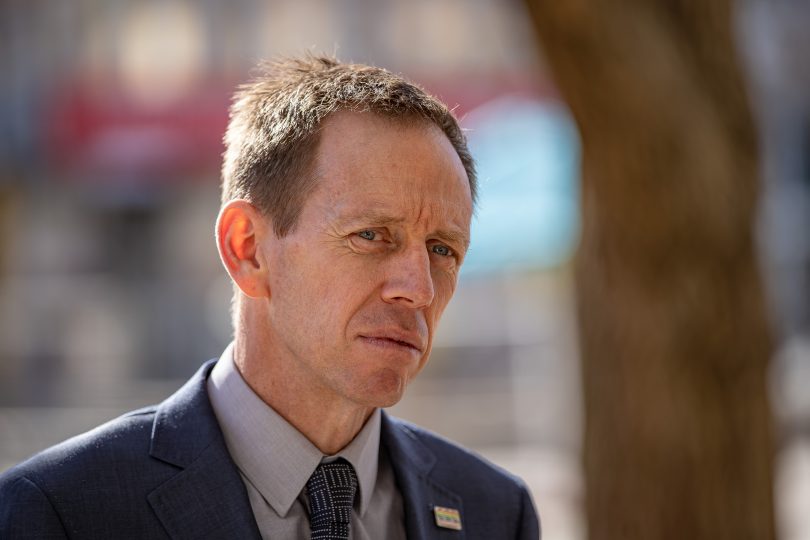 Australians have been transfixed on the most up-to-date coronavirus figures and modelling, but what if the statistics were not released until the end of 2021?

That is when Australia’s 2020 suicide figures will be released.

Causes of death data from the preceding year are normally released by the Australian Bureau of Statistics (ABS) towards the end of the year, which means an accurate snapshot of the effect the pandemic has had on mental health might not be known until 18 months after the event.

Executive director of Orygen Youth Health and esteemed mental health researcher Professor Patrick McGorry said the delay of the data was like looking at the light of a star from centuries ago.

“You are seeing the past and not the present, you are not in real-time,” he told the ABC.

“You cannot respond in an agile and decisive way if you are dealing with stuff that is two years out of date.”

His comments came in light of research from the University of Sydney’s Brain and Mind Centre predicting that suicides could increase by as much as 50 per cent in Australia because of the pandemic – or an extra 1,500 people in 2020, with an increase of up to 30 per cent among young people aged 15­ to 25 years.

The ACT Mental Health Minister Shane Rattenbury says that while data may be anecdotal at this point, the Government’s recently released $4.5 million mental health package provides a snapshot of what community needs are at the moment.

“The history suggests, and all the research points to the fact, that the stressors we are seeing through COVID-19 – particularly the financial stress – will potentially increase the rate of suicide. We are very cognisant of that,” he told Region Media.

“Of course we have the anecdotal feedback, the people in the sector do pick up the trends even though the data comes much later which is certainly why we are investing now … to try and be pre-emptive in that sense and bolster the support services.

“Certainly having more timely suicide data would be helpful, but I think that is a longer-term project – I think we really need to react to this now, we do not need data to tell us the increased risk is there.”

Nationally, Lifeline has seen demand increase by 25 per cent. Demand for services from Beyond Blue has increased by 40 per cent.

The ABS receives causes of death data annually from the states and territories and then compiles it into its annual publication.

“The 2018 full year stats were published in September 2019. We do not yet have 2020 data,” and ABS spokesperson told Region Media.

“As suicides take some time to be investigated by the coroner it will be a considerable amount of time before we have enough data to accurately code and publish data on these.” 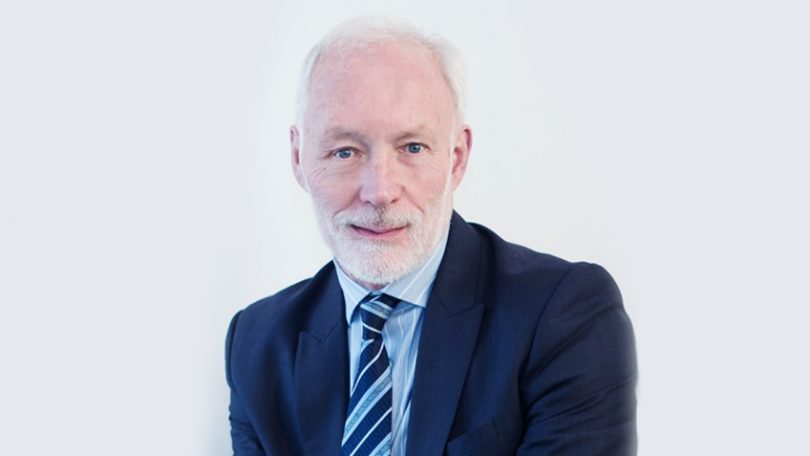 This answer was reaffirmed by the Australian Institute of Health and Welfare (AIHW) when approached by Region Media.

“The AIHW does not hold complete data on more recent suspected deaths by suicide,” a spokesperson said.

“However, as part of the National Suicide and Self-harm Surveillance System, the AIHW is working with Monash University to develop a national system of reporting on ambulance attendances including call outs to injury by suicidal self-harm.

“These data will give some insight into changes in suicidal behaviour in the community in a more timely fashion than is currently possible.”

All Australian state and territory governments signed onto a national suicide register in 2019 and is set to be completed in 2022 to provide more time-sensitive suicide statistics.

Coordinator-General of the ACT Office of Mental Health and Wellbeing Dr Elizabeth Moore said that while a national register will be a valuable addition to the repertoire of health authorities, the ACT’s focus remains on prevention and early intervention.

“The ACT Government is committed to supporting the mental health and wellbeing of the ACT community by focusing on the integration of services, prevention and early support,” she said in a statement provided to Region Media.

“The ACT understands that the issue Professor McGorry is particular seeking to address in having more timely data is to enable the rapid identification of suicide hotspots or clusters.

“Mechanisms such as the partnership models in Lifespan, and cooperation amongst government and non-government agencies ensures communication of trends or points of concern, so that we are not left waiting for the data to arrive, but can take action well before that.”

Despite calls to bring the national register forward because of COVID-19, the veracity, integrity and confidentially of the data needs to be ensured, Dr Moore said.

“Suicide prevention is a complex area of policy, requiring multiple strategies to address,” she said.

“This is why the ACT Government established the Black Dog Institute’s LifeSpan Integrated Suicide Prevention Framework in the ACT in 2018.” 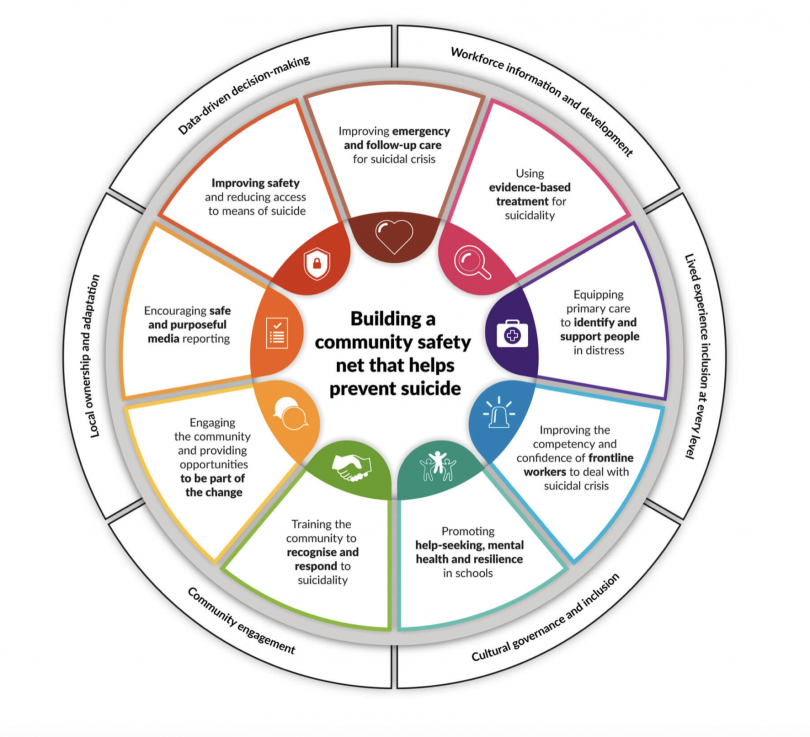 In the ACT’s most recent stimulus package, The Way Back Support Service, which focuses on people who have attempted suicide or are in a suicide crisis, received $200,000 while emergency response services received over $1.4 million to expand their operations.

Sarah Newbery - 34 seconds ago
Kate Spencer you already know I’ll be there!!! View
Micah Woodburn - 4 minutes ago
Emmeline Grace an event I can get behind. This floats my boat...or duck View
Simon Earle - 6 minutes ago
Love how I can count on you to stay educated and informed View
Opinion 46

Steve Hugler - 44 minutes ago
Troy Scott there’s still time for you to make a shot put comeback mate. 3 years and you could be at the Olympics!... View
Liam Timothy-Nesbitt - 3 hours ago
Tariku Fitzgerald-Holmes We’re up there... View
Mark Flack - 4 hours ago
Compare it to a little place call Crookwell in southern NSW ! View
News 35

Dee Kaden - 1 hour ago
That could almost be 5,400 homeless off the streets!!! View
Slim Hunter - 3 hours ago
Natives or weeds that require watering?🤔 View
Lifestyle 24

Sam Oak - 2 hours ago
Wrong, even with no restrictions the death toll from covid would still be less than the flu. That’s because people naturall... View
MERC600 - 2 hours ago
Well had a quick look at this, a heap of possible dates and possible openings and possible closings ( if it goes backwards ).... View
Capital Retro - 2 hours ago
Facts have nothing to do with politics. View
Sport 17

@The_RiotACT @The_RiotACT
An #audit report has questioned the numbers underpinning the next stage of Canberra's light #rail network https://t.co/He3ZzwWw3Q (7 minutes ago)

@The_RiotACT @The_RiotACT
Got an incredible idea for a #startup that will change the world? The @CBR_IN and @MeyerVandenberg say getting legal advice early can save you a whole lot of pain down the track https://t.co/P9C9WvzEpN (2 hours ago)

@The_RiotACT @The_RiotACT
Chief Minister Andrew Barr has outlined Canberra's roadmap back to normality. Sadly, it comes on the same day the ACT recorded its first death in this COVID-19 outbreak https://t.co/u9YifU91kZ (3 hours ago)