Crack open a cold one… 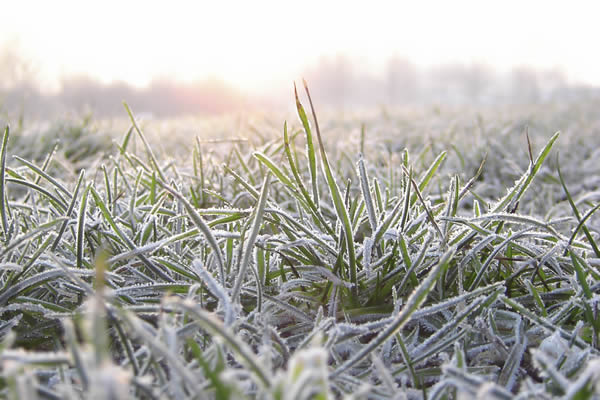 I promise you all that I really was going to attempt my first Parkrun last Saturday morning (it’s a free, timed 5km run, held every Saturday at a park near you, I’ll tell you more once I’ve done one). I had it planned all week. Then I aggravated a recurring knee injury while showing off on an evening run on Thursday (hey, when some clown has conveniently strung toilet paper across your path like a finish line, I defy you not to take a victorious leap through it). So that put paid to that plan. Don’t get me wrong, I was loving the opportunity for a knee-throbbing lie in. As I lay there in my warm and comfy bed, I got to thinking about the ways we sabotage ourselves and the excuses we make to avoid our exercise plans.

The number one excuse right now has got to be Canberra’s arctic mornings and freezing evenings. When you know it’s cold out there, it’s hard to lace on the trainers and face it. Even harder when our ever-present smart phones tell us exactly how cold it is. The thing is, I’ve realised that cold weather training is your friend. Granted, there’s a caveat or two on that, but I think there are more pros than cons.

Pro: you run or train faster, harder or further than you otherwise would, because if you stop you’ll freeze. You’ll be amazed how quickly you warm up once you get moving. The trick is to have the right gear, and for me that means layers. Try a zip-through jacket that you can easily take off and tie around your waist without breaking your stride – tip: double knots hold better. There is some high-tech stuff around these days. One of my running group ladies has fine fleecy-lined running tights, for example. Another one uses a ‘buff’ (Survivor fans will know what I’m talking about), which is a tube of fabric you can wear around your neck, face, head or a combination thereof. Apparently a good trick is to wear it over your mouth and nose at the start of your session so it’ll warm the icy air before it hits your sinuses like a pickaxe. My best piece of kit is a fairly ugly wide polar fleece headband from Kathmandu that wraps around my hairline and covers my ears. The edge of it leaves a divot in my forehead that can take ages to fade but better that than stinging cold wind in my ears. I’ve heard experts say that you should dress as if it’s ten degrees warmer than it is, but then again I’ve seen runners rugged up like you wouldn’t believe – hats, earmuffs, gloves and the puffiest jackets this side of Thredbo. I often wonder how they don’t overheat. It’s a little bit trial and error, but find what works for you.

Pro: all that frost and ice is pretty, well, pretty. Especially in Canberra, and particularly so if you’re on a trail run, or in a park. I was running on O’Connor Ridge at 8am on Sunday morning the other week when it was apparently minus six and I have to say I didn’t notice much. I was distracted because everything just looked so gorgeous and frosty and even sparkly when the sun showed up, as it so often does on a Winter morning in Canberra. It made my run feel not as hard as usual, which is a bonus. Just be careful to avoid paths and trails that are actually slippery with ice.

Pro: bragging rights? The feeling of having fought the elements and won? Okay, I’m stretching it. But I do think you are allowed to feel extra smug for having stuck to your plan and completed a decent session despite the cold when you know that other, much wussier locals wouldn’t have. You should probably buy a cape.

Pro: the hot shower at the end. Without a doubt this is one of the best things about any exercise, and in cold weather it’s even better. Personally, I like it so hot that my feet are reddened and have steam rising off them once I get out (which is probably why I have chilblains). Follow that up with tea and toast (or whatever does it for you) and you’re one happy customer with a good mood likely to stick around all day.

P.S. I have run in the rain, once, and only because I got caught out. I don’t recommend it.

Maybe it’s just me, but I’ve found that if I get straight up, put my gear on, and then get running within about 10mins of waking up, I don’t notice the cold as much. It’s a hard habit to get into but it’s great once you do. If I take my time or I spend too long laying in bed, then I’m not likely to end up exercising.

Early morning exercise in cold weather also seems to result in feeling much warmer for the rest of the day.

Braidwood artist in Bondi’s famous ‘Sculpture by the Sea’

@The_RiotACT @The_RiotACT
How do you rate @Channel7’s coverage of the Tokyo Olympics? Given the circumstances, Tim Gavel, who's commentated at seven Olympics, says it's been remarkable https://t.co/YMoHbEE7Md (31 minutes ago)