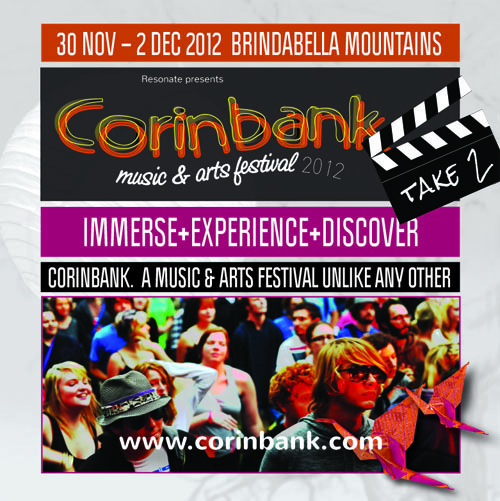 The Corinbank team are bouncing back from the string of biblical afflictions which struck down their festival earlier in the year.

Things such as a landslide: 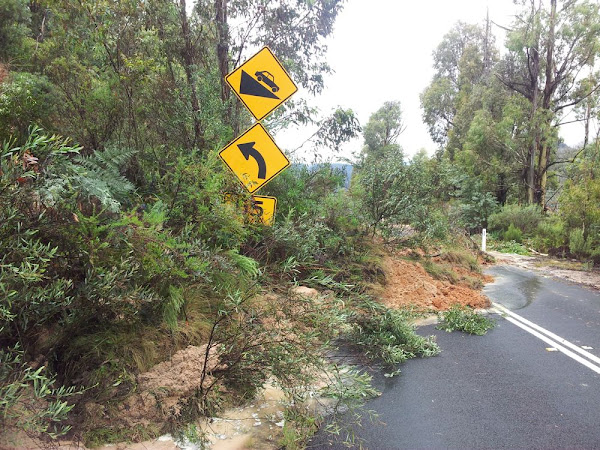 And the festival site turning into a raging river: 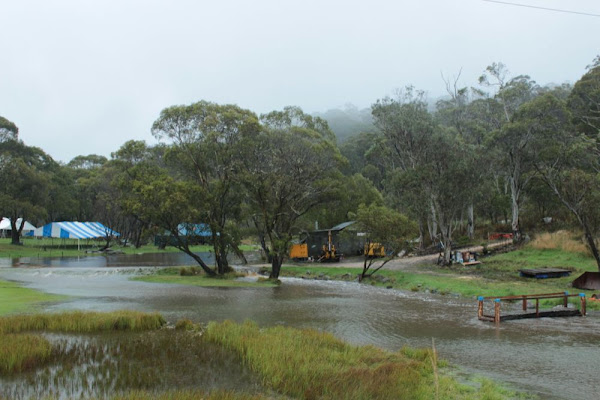 But they’re bouncing back and doing an early summer festival at the end of November/early December. Tickets are already on sale.

You will sleep soundly at night knowing that you’ve helped Corinbank to re-emerge from the flood waters to continue its mission of showcasing Canberra’s musical and artistic talents and discovering new artists. You will be rewarded in the knowledge that your loyalty and generosity makes Corinbank the community celebration that it is. You’ll also get our undying love and gratitude. Most importantly, you’ll be welcomed with open arms into the Corinbank Family.

The rewards on offer through this campaign are thanks to local Canberra bands, the Canberra Musicians Club, our corporate partners, and the tireless work of our amazing crew of Corinteers. Whether you can make it to Corinbank 2012 [Take 2] or not, whether you’ve already bought your ticket or not… there’s something here for everyone.

All donors will get ‘that warm n fuzzy’ feeling, and all donors over $25 will be forever revered on our Virtual Wall of Honour.

The rewards are many and marvelous so be sure to check them out.

One Response to Crowdfunded Corinbank
Filter
Showing only Website comments

Is there a list of who’s playing anywhere yet?

Chelsea Adhami - 8 minutes ago
Any word on when the funeral will be? View
Germaine Muller - 20 hours ago
Dude - you introduced me to Frugii Ben Fittler View
News 2

nobody - 1 hour ago
So the pool has been out of action for a year, and they are just concluding the tender process for repairs now, then the repa... View
chewy14 - 17 hours ago
Hardly a surprising result, the government's relative silence on the issue and the budget allocation made it pretty obvious t... View
Food & Wine 11

Ol L - 3 hours ago
How can Mr Barr tax them if their not here? Seems logical that the public service can be based anywhere, COVID seems to have... View
HiddenDragon - 13 hours ago
Difficult to see anything more than token efforts at decentralisation in future, but video conferencing and working from home... View
Sport 35

t2owe - 12 hours ago
It's not the outdated system that's the problem, its the failure of Planning (ACTPLA) to maintain the mandated rules in the t... View
Food & Wine 28

stargazer - 16 hours ago
I agree. It’s an old fashioned bakery and the fact it’s totally family run is fantastic. They are few and far between now... View
stargazer - 16 hours ago
Stopped in and got my buns today - they were worth the drive! But I Wish I could get them on my side of town! Kids loved them... View
Sonya Curran - 20 hours ago
I'd love to! Have never been! View
News 12

Conan of Cooma - 20 hours ago
I was an extra for the final scene in this movie. Leah is not only a bloody hilarious person but also an incredibly intense a... View
Food & Wine 71

A Canberra father accused of repeatedly beating his wife and choking their daughter will be released from custody after he...
News 1

Pet owners who had paid to bury their beloved animals at a pet cemetery at a property that has since...
Community 24

@The_RiotACT @The_RiotACT
Once known for its huge freakshakes, Patissez used lockdown as a chance to reinvent itself and forge an exciting new path https://t.co/vQDR61q0DX (14 hours ago)