CSIRO rolling out the cosmos 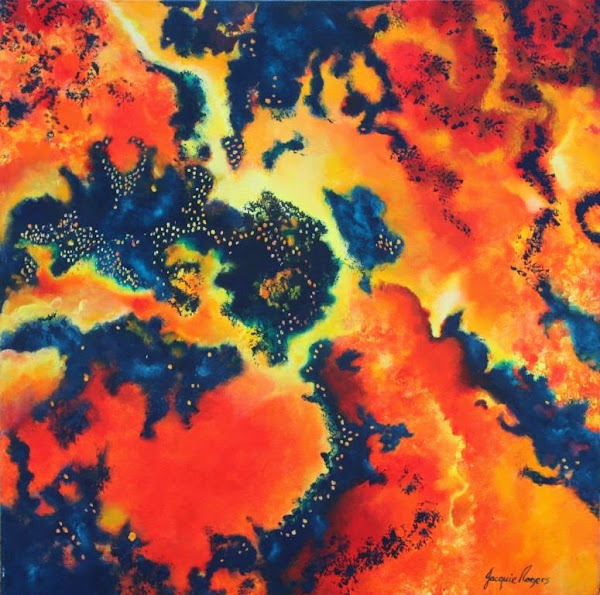 The CSIRO is letting us know about the fruit of their work with artists:

Canberra artists have been working with CSIRO to ‘capture the cosmos’. The result is an exhibition of astronomically inspired work by the Artists Society of Canberra’s Abstract and Experimental Group that will show at CSIRO Discovery Centre from 1 February.

Astronomical images have inspired people throughout the ages. For the last few decades, however, new technologies have given us new views of space.

CSIRO operates world-class radio telescopes that are used by its own astronomers and other astronomers from around Australia and all over the world. It has been ‘capturing the cosmos’ since 1947.

CSIRO invited the Artist’s Society of Canberra to respond to images produced by CSIRO staff and telescopes.

You can catch it at the CSIRO Discover Centre on Clunies Ross Drive.

Shaun Hazell - 2 hours ago
Its the most evil way of killing creatures and should be outlawed as it is most countries. View
Cary Elliot Johnson - 16 hours ago
Chele Forest lol. It’s banned in every other Country because every other Country doesn’t have native Australian animals o... View
Cary Elliot Johnson - 16 hours ago
Missy Jangles you do know where the poison is derived from and why it was chosen don’t you? View
News 54

Jake Winters - 5 hours ago
Ana Martinez enjoy mother x View
Nicole Thomson - 9 hours ago
Becky Cormack if it’s In a format for a random person to engage with (which it Isn’t) Plus schools are indicating it will... View
Natalee Gersbach - 10 hours ago
If only we had NBN, working from home and kids schooling from home might not be such a huge issue. Almost our entire suburb h... View
Food & Wine 3

OldMan Wyatt - 8 hours ago
I have always preferred chocolate rather than seafood at Easter View
FishCo Fish Market - 10 hours ago
Thank you for your lovely feedback. Anna truly loves what she does and this will mean a lot to her. :)... View
Michelle Littlewood - 13 hours ago
FishCo Fish Market Thank you for your fantastic service and exceptional seafood. Anna was wonderful when placing my order, an... View
News 32

jima - 20 hours ago
Could have told you this sort of thing would happen when it was sold 20yrs ago. Privatisation at its best. View
show more show less
*Results are based on activity within last 7 days