CSO to showcase rising Australian talent in night of love, death and ecstasy 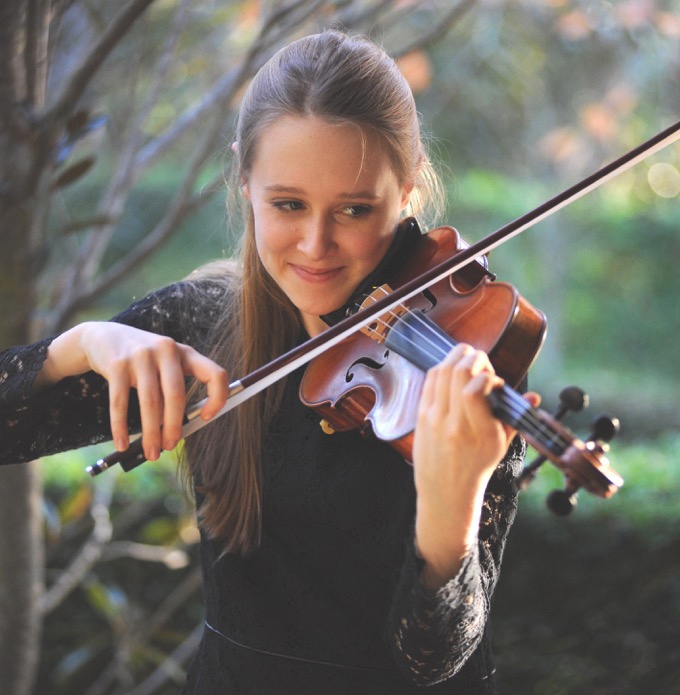 The Canberra Symphony Orchestra will showcase another rising Australian soloist in its final Llewellyn Hall concert for the year on November 7 and 8.

Violinist Grace Clifford, already a seasoned performer at the tender age of 18, will combine with the CSO in its performance of American composer Samuel Barber’s Violin Concerto.

It will be a case of love, death and the whole damned thing for the CSO, with two very different renditions of the doomed romance of Romeo and Juliet also on the bill – Tchaikovsky’s Romeo and Juliet Overture and Leonard Bernstein’s Symphonic Dances from West Side Story.

An ABC Performer of the Year at only 14, Clifford is quickly gaining a reputation as one of Australia’s finest young violinists.

Chief Conductor and Artistic Director Nicholas Milton said he was proud that the CSO was giving its Canberra audience the opportunity to hear this incredible piece of music with an Australian violinist.

“The CSO really identifies some of these artists who are just on the verge of going into exciting careers and giving them these critically important opportunities to perform,” he said.
“I’ve worked with her on a number of other occasions and she is a terrific young violinist with a great future.”

Dr Milton said the CSO took a distinctly Australian perspective and believed there should be a greater spotlight on not only home-grown soloists but conductors and composers, as evidenced by its recent Australian Series highlighting Australian compositions at the National Portrait Gallery.

“We’re very proud of our Australian musicians who can actually more effectively, and with more meaning, engage with our audience. That’s what we’re about,” he said.

Dr Milton said Barber was a good fit with the ill-fated lovers as he was known as the romantic of 20th-century American composers, most well known for his adagio for strings, “which seems to feature in every single Vietnam movie ever made”.

But the ‘luscious’ violin concerto is less known. “It is an amazing piece of music. It’s relatively short but incredibly varied, with beautiful soulful melodies. It’s a wonderful introduction to the music of Barber,” Dr Milton said.

He said the centenary of Bernstein’s birth was a good excuse to perform the Symphonic Dances and the idea of combining that with Tchaikovsky’s Romeo and Juliet Overture was obvious but it was nice to compare the 19th century and the 20th century takes on Shakespeare’s tale.

“It’s a thrill to present the Tchaikovsky traditional 19th-century romantic string writing and along with that to mirror the story in such a different way,” Dr Milton said.

He said the Symphonic Dances was extraordinarily challenging for the orchestra, “it’s virtuosic, it has amazing energy and drive, something that could only be written by somebody like Bernstein who was such compulsive, engaged musician.”

After West Side Story’s success on Broadway, Bernstein wanted to get it into the symphonic repertoire, translating it from the small pit orchestra to a fully formed orchestra.

Dr Milton said it was a big sound with some of the most virtuosic trumpet writing in any piece in the symphonic repertoire, “real New York style, practically on the edge of big band stuff”.

“What I love about conducting the Symphonic Dances is one can hear the transformation of the orchestra into an ensemble that you don’t hear anywhere else in the repertoire in such brilliant orchestrating. You can make the orchestra sound like a Latin jazz band – there’s the cha cha, the mambo, you’ve got all that Puerto Rican influence,” he said.

He said the concert would be an event that encompassed the breadth of the human experience – “love and death, because Romeo and Juliet does not have a happy ending, but also the ecstasy of falling in love is perfectly encapsulated in both the Tchaikovsky and the Bernstein”.

Emjay Barker - 6 minutes ago
Daniel Duncan that’s a great idea 🤣 View
Daniel Duncan - 39 minutes ago
Stuff the test let them back with out any restrictions. View
Tracy Hancock - 9 hours ago
Nurse and midwife here. Have looked after patients who were Covid positive and didn’t know it when they saw me. I haven’t... View
News 33

@the_riotact @The_RiotACT
Peter Walker's overcome some serious battles over the past 20 years, but he says he's ready to take on the #challenge as the new mayor of #Goulburn https://t.co/OCLVo6yk2h (6 minutes ago)