Dairy industry gathers to meet the challenges of the future 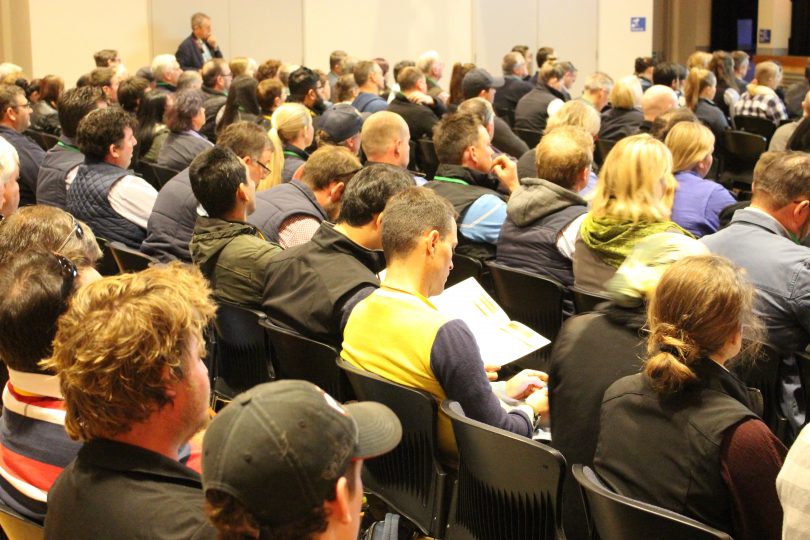 Around 150 farmers and industry experts are taking part in the Dairy Research Foundation’s 2019 Symposium in Bega, to discuss the future of dairy in perhaps Australia’s most famous dairy town.

An industry forum launched the conference on Wednesday (July 10) at the Bega Civic Centre in an atmosphere driven by the future and new leadership.

In his opening remarks, NSW Parliamentary Secretary for Agriculture and Resources, Michael Johnsen said, “In the consumer’s mind dairy products are not what they used to be.”

“Ten years ago when dollar-a-litre milk prices hit the shelves that sent the dairy industry into a spin, but what it really did was devalue dairy in the consumer’s mind. 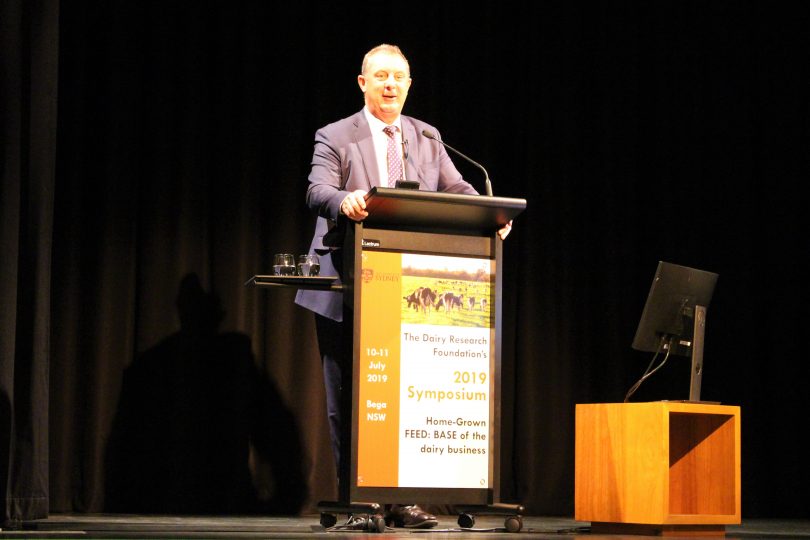 Mr Johnsen welcomed small steps by retailers to pay farmers a better price but sees the role of the soon to be appointed ‘Dairy Advocate/Specialist’ at a state and federal government level as being key to shifting attitudes and practices.

“Through the dairy unit in DPI (Department of Primary Industries) and the marketing plan that we want to develop and with the Fresh Milk and Dairy Advocate we will not only bring back a balance of power where farmers, processors, and retailers are operating together in a fair and balanced way but we want to bring back the value that consumers see in the product,” Mr Johnsen said.

However, milk production was down by 10 per cent in 2018/19, and according to the Parliamentary Secretary industry pressures have seen 100 farming families leave the industry during the last two years of drought. Profits for the coming 12 months are also expected to be down.

It’s in that context that the two-day symposium takes place with a focus on using science, technology, and product development to improve operational efficiencies and meet the challenges of a drying climate and shifting community expectations. 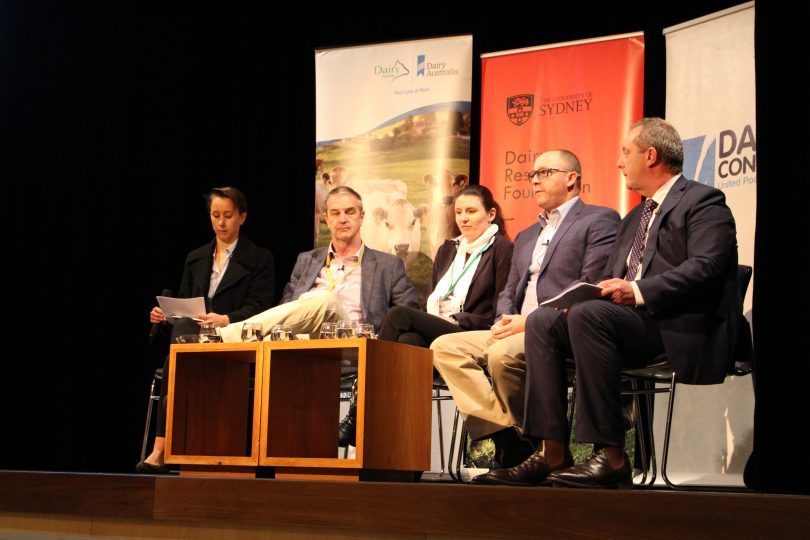 On top of dry times and price pressures, the management and treatment of ‘bobby calves’ was one of the other challenges raised. An increasing unease from consumers was acknowledged as needing a new approach from the industry.

What’s a bobby calf and what’s the issue? According to the RSPCA, “for cows to produce milk, they have to give birth to a calf. Most calves are separated from their mother within 24 hours of birth.”

“Essentially, they are surplus to dairy industry requirements as they are not required for the milking herd.

“This applies to all bull calves (males) and about one-quarter of heifer calves (females) born each year. And, each year, around 450,000 of these bobby calves are destined for slaughter.

“Some calves will be reared for veal and about three-quarters of the heifers will become replacements for adult milk-producing cows.”

Which is in line with the RSPCA’s position, “raising excess dairy calves for veal is one way in which the value of an animal that would otherwise be destined for slaughter at five days old can be increased. By increasing their value and providing an alternative market, there is real potential to improve the welfare of bobby calves.”

Professor Sergio Garcia (Yani) from the University of Sydney acknowledged the need for change.

“We need to start thinking outside the square because pressure from the consumer is increasing,” he said.

Prof Garcia pointed to research currently taking place that investigates keeping calves and mothers together longer – and the benefits or otherwise to animal welfare, farm operations, and product development.

Using the bobby calf issue as an example, Michael Perich, Director of the Leppington Pastoral Company said, “we make a rod for our own back sometimes.”

Mr Perich encouraged the industry to recognise the change that was needed and respond proactively rather than waiting for regulations or market forces to impose conditions.

“Being mindful of how we present ourselves is important,” he said.

Professor Garcia added, “There have been so many negatives, farmers have been smashed with everything that has been thrown at them – weather, prices, consumer concerns.”

“We need to come back and highlight our positives.” 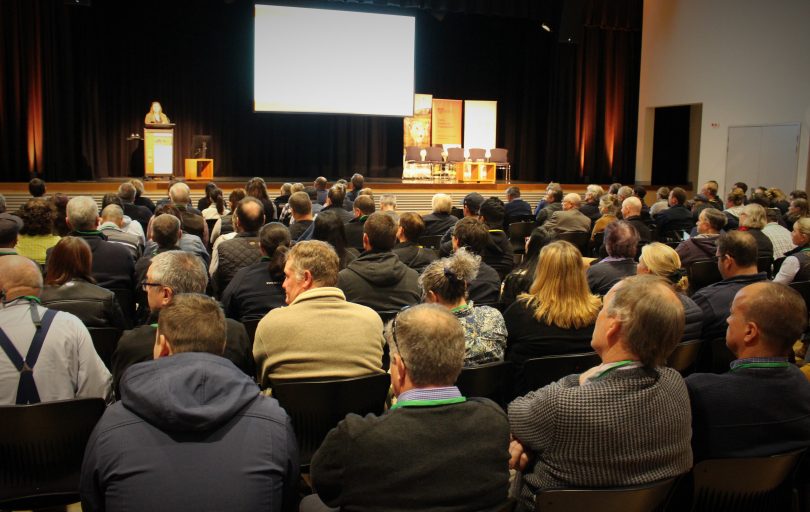 The future of dairy is being discussed in perhaps Australia’s most famous dairy town – Bega! Photo: Ian Campbell.

The varied challenges are clear to all taking part in Bega’s dairy symposium, and while the NSW Government’s $1.8 billion drought support measures are in place, the people in the room and their passion for what they do is perhaps the biggest asset to the future.

Day two (July 11) of the get together takes delegates to Angledale, north of Bega and one of the district’s best-known properties and biggest suppliers to Bega Cheese – ‘Cedar Grove’, where Ken Kimber and Todd Whyman will host a range of researches and innovators.