Dan McAlpine: How life’s roller coaster made him a property leader 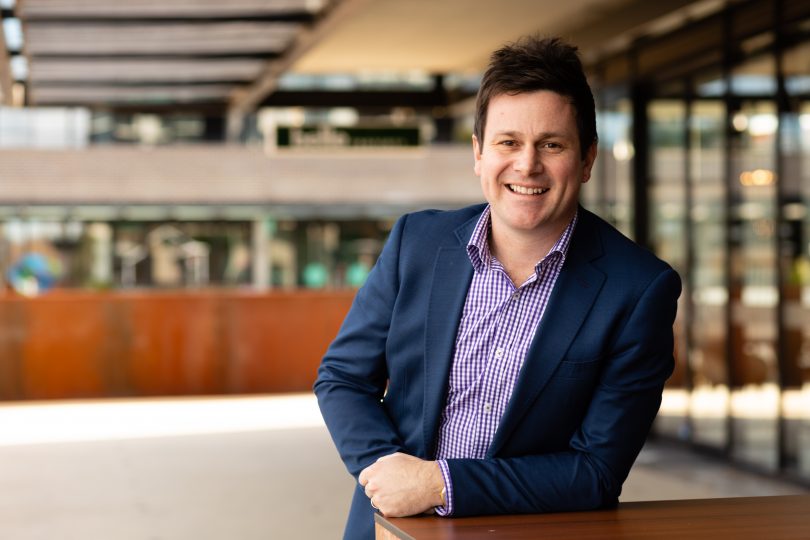 For the first precious weeks of her life, Amelia fought congenital setbacks that went undetected. Her parents Dan and Jane McAlpine watched as doctors struggled to diagnose what was happening, or failed to grasp the significance of her issues.

Working in the people-centred real estate industry Dan McAlpine has learned to accept the ups and downs that life comprises. But this was the toughest yet for a young family.

Amelia endured serious operations and 12 general anaesthetics up until she was nine-months-old.

“Having to give your daughter mouth-to-mouth resuscitation as a baby, take her in and give her the general anaesthetic every time was probably the hardest thing I have ever had to do,” Dan says.

A Canberra property principal who has built a successful partnership in Kingston and Queanbeyan, Dan has benefited from outstanding role models. He learned invaluable lessons from his youngest daughter, too.

“You look at her now. She is a strong, happy, healthy little girl, you would not know there has ever been an issue,” Dan says.

“She is incredibly bright, but the first two years were incredibly challenging.” He came away thinking no one knows what may be happening in the background of another person’s life.

The experience adds to life’s unexpected realities. Accepting them, laughing at absurdities that make for a funny movie, and appreciating the gifts other people offer, on the sporting field and in the office, all help relate to people which is fundamental in real estate.

The second son of a high school principal and an English teacher, Jim and Lorraine McAlpine, Dan lived in several NSW country towns. These included Orange where a neighbour Alan Ridley, a Wests and Balmain and Australian rugby league test player became like a surrogate grandfather.

Alan and the older children next door taught Dan much about kicking a footie and sport in general. From there sport helped him to quickly slot into new schools where his parents taught.

“His ability to relate to people from all walks of life, to lead and manage staff and all those components, I definitely look up to the way he raised us,” Dan says.

“Although I think I have a different leadership style. I’m probably harder on my girls than he was on me,” Dan says. 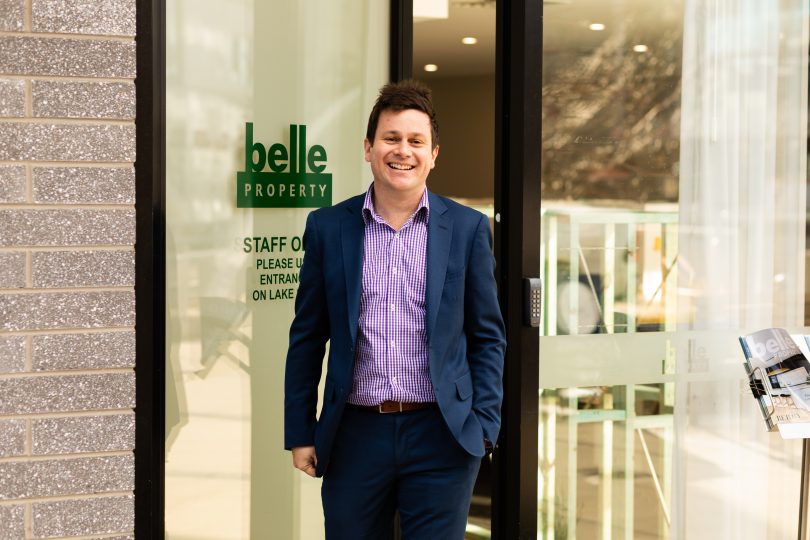 Dan was 16 when he arrived at Canberra Grammar School as a boarder. He remained for two years, then left Canberra briefly, later returned for university and met Jane.

Their two daughters, Lucy 8, and Amelia 6, keep them busy following up their French, tennis and dancing lessons, swimming and netball. He still finds time in winter for snow skiing, and at other times trips to the coast, fishing and an occasional swing at golf.

Much of his energy and thoughts centre on work as co-principal of Belle Property Kingston and Belle Property Queanbeyan, and helping develop their growing staff.

Yet sometimes Dan likes to kick back and relax laughing at a good comedy. His favourite is the cult classic Super Troopers. He’ll watch anything with Will Ferrell, Ben Stiller or Owen Wilson.

If he were to star in a movie he would be James Bond. “I think anybody would like to play James Bond, wouldn’t they?”

His varied, intense life fits the nature of his career. “In real estate, you need the ability to relate to people from all walks of life, the energy and motivation to work hard to succeed in this business,” Dan says.

He once thought hotels would provide a career. To rise through the ranks though would have required overseas travel which was out of the question for someone starting a family.

His father-in-law Peter Davies, who had owned a real estate business for 30 years, pointed out Dan’s suitability for the industry. This coupled with his selling experience in hotels and his interest in homes going back to the family’s federation home in Orange led him into real estate. Dan recalls LJ Hooker Manuka proprietor Stephen Thompson as an excellent early mentor on his journey to becoming a principal, leader and teacher for his staff.

And he was the same good bloke growing up !! Hasn’t changed still a legend, well done mate your killing it !!

Great write up for a great real estate agent 🌟

Lisa Williams thanks Lisa, hope you guys are well

Dan was our agent when we sold our place. He did a great job and we were very happy 😊

Jill Howell thanks Jill. Hope the coast is treating you well!

Dan McAlpine It is thanks Dan. We moved into our new house 18 months ago. It only took three years!

Great write up Dan. I remember our hotel days, particularly CP’s nickname for you!! 👌🏻😆

Kelly Aldred thanks Kelly, I remember that too Cheryl Gascoigne... “one day”...

One of the good guys, on and off the real estate field.

Lyn McLennan right back at you Lyn!

Dan, that’ll have to wait until we get back in December!

David Newman I did wonder if you were off mate! Old LEGO Dave must be having a great time!

Evan Hawke - 15 minutes ago
Darron Marks I totally agree that the roads in Gungahlin use to be shocking and roads like horse park drive needed upgrading.... View
Darron Marks - 11 hours ago
The increased spending to duplicate some of our arterial roads has made a difference you are correct. But to say there wasn't... View
Evan Hawke - 22 hours ago
Glory Hammer I totally agree that every area needs politicians who fight for there areas. Most of the politicians in my area... View
Property 10

thebscaller - 5 hours ago
Joke of a leader and party. They are making some bold statements and promises that don’t add up. There is no way these prom... View
Acton - 7 hours ago
A conservative is someone who is averse to change. The Labor Party has now held government in Canberra for 19 years, proving... View
JS9 - 8 hours ago
"The problem would appear to be how to pay for them and it’s not easy to pin down Mr Coe on where the money will come from... View
News 45

Caz Ireland - 8 hours ago
Anyone remember when Labor shut down all those schools about 15 years ago? They’ve had 20 years in government so their reco... View
Keith Cheetham - 23 hours ago
Pork barreling at its best as Labor does. And then dont initialise it. View
Bronwyn Wilson - 1 day ago
Where are e teacher librarians going to come from? There are very, very few in the ACT - that’s why so many schools don’t... View
Lifestyle 9

How a third-generation surveyor found his bearings with Belle Property

@The_RiotACT @The_RiotACT
Around 230,000 people - more than 50% of the current ACT population - would have to move to the Territory this financial year if the Canberra Liberals were to pay for their election promises using their 'grow the pie' model, according to ALP analysis https://t.co/KfWNlGSzz8 (40 minutes ago)

@The_RiotACT @The_RiotACT
On The Campaign Trail today, the Liberals promise to freeze commercial rates, Labor splashes on schools in the north, Rattenbury backs greens loans for landlords and what your vote's really worth to the major parties https://t.co/9zET4vntyX (1 hour ago)

@The_RiotACT @The_RiotACT
Confused about whether you are eligible for HomeBuilder? Wayne Harriden from Independent explains who can get the grant https://t.co/EUfDggwMhL (2 hours ago)