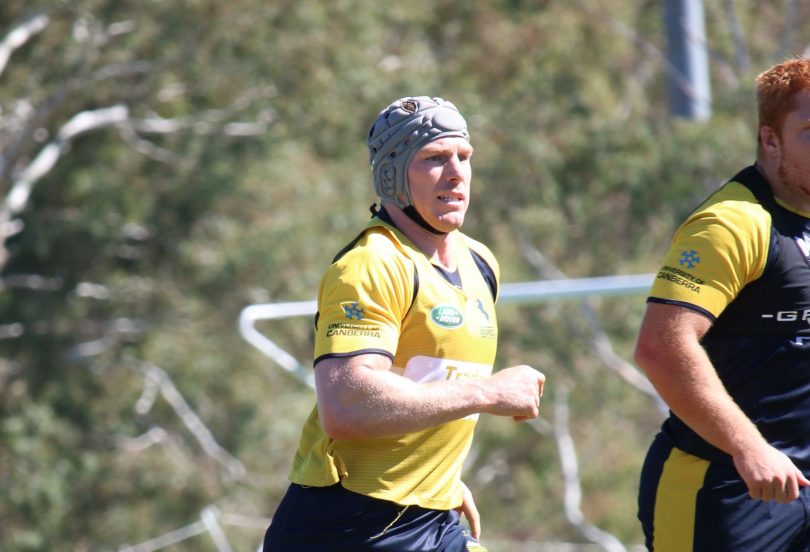 Pocock’s return to Australia rugby after a 12-month sabbatical was delayed after he went under the knife in January to repair his damaged meniscus. Photo: Supplied by Brumbies Rugby.

David Pocock will take his place in the Brumbies starting line up for his first Super Rugby game in almost two years when the Brumbies host the Waratahs on Saturday night.

Pocock will run on to the field for his 100th Super Rugby appearance in his eagerly anticipated return to Australian rugby.

While the openside flanker is ready to face off against his opposite number Michael Hooper, co-captain Sam Carter will miss the clash as he continues to recover from a concussion suffered against the Rebels.

The 29-year-old battled Tom Cusack for the No. 7 jersey as McKellar looked at both options, but Pocock won out and will square off against Wallabies flanker and test captain, Michael Hooper.

“I have a lot of respect for Hoops, we get along well off the field,” Pocock said.

“You look forward to those opportunities to play against some of the best players in the game. We probably have got different styles. I don’t see it as a big seven v seven thing, but you look at their team and they have got a number of world-class players.” 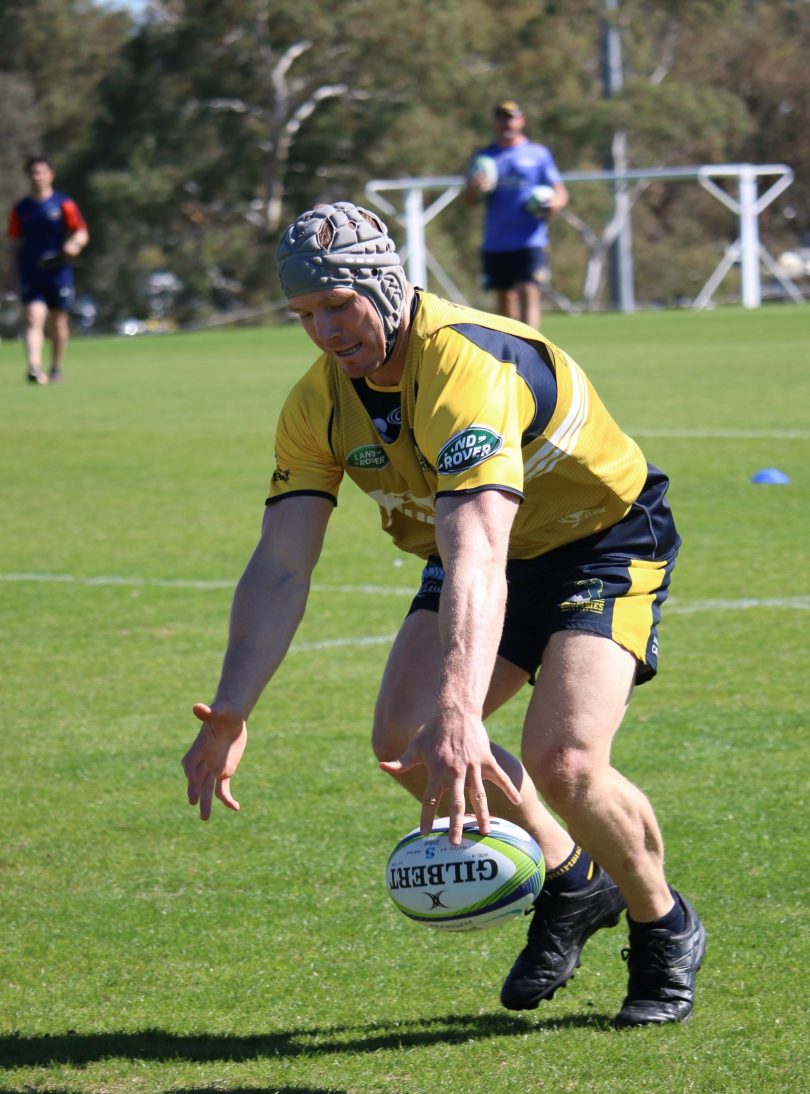 Pocock will run on to the field for his 100th Super Rugby appearance in his eagerly anticipated return to Australian rugby. Photo: Supplied by Brumbies Rugby.

Pocock’s return to Australia rugby after a 12-month sabbatical was delayed after he went under the knife in January to repair his damaged meniscus.

“It is frustrating being injured but there is no point dwelling on it too much. All you can do is control how you react to it, how you use that time as best as you can,” Pocock said.

Joe Powell and Wharenui Hawera will continue their half-back partnership after Hawera’s excellent performance against the Sharks with Christian Lealiifano and Tevita Kuridrani tasked with finding the gaps in the Waratahs defensive line from centre.

Amongst the replacements, McKellar has been forced into making several changes due to injury and unavailability with the result the prospect of prop forward Mees Erasmus making his Super Rugby debut.

The former Force front-rower has looked sharp in training and performed admirably in the pre-season trial matches against both the Rebels in Queanbeyan and the Chiefs on the Sunshine Coast as well as being part of the squad that participated at the Brisbane Global Rugby Tens.

Erasmus is joined by the returning Robbie Abel and fellow prop Faalelei Sione whilst Richie Arnold and Tom Cusack provide cover in the lock department and back-row respectively.

Tickets are available from Ticketek and memberships are still available by clicking here.

@the_riotact @The_RiotACT
With more and more families and low-income earners being squeezed out of Canberra's rental market, Community Housing is providing solutions. @APW_ACT highlights the number of ordinary Canberrans facing rental stress and the need for more affordable housing https://t.co/xSlGC5HKMZ (46 minutes ago)