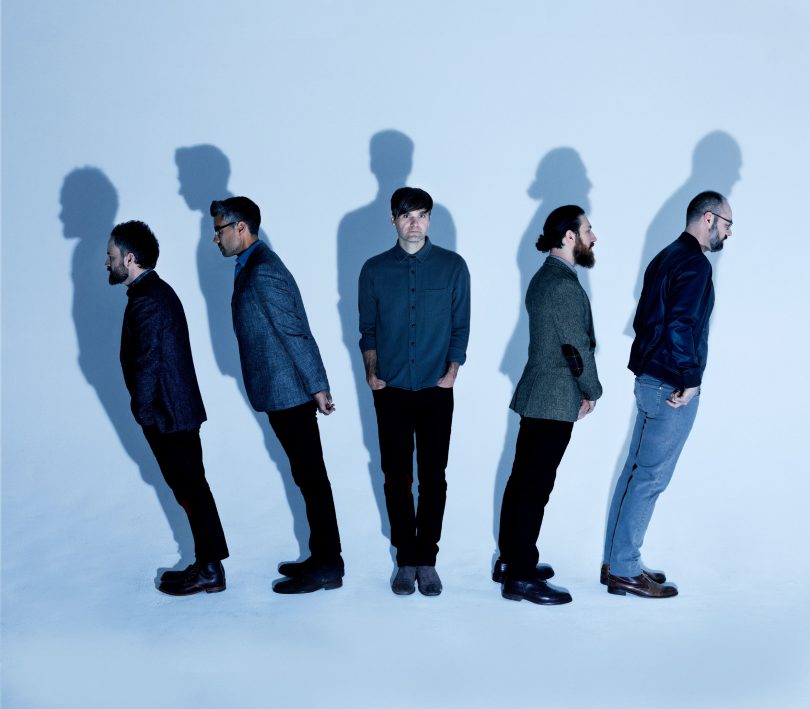 Having been an emo teen myself, Death Cab for Cutie never struck me as a band to dance to. But by the end of their show at the Canberra Theatre Centre, I had to admit that I was totally wrong.

First, Charlie Collins, fresh off the Gang of Youths tour, shook the theatre with a flawless half hour of rich, lyrical content. Cutting a striking figure in a white jumpsuit against a dark backdrop, Collins clearly had plenty of fans in the audience, and definitely had a few more after such a powerful, dynamic performance.

Having been around for two decades, Death Cab for Cutie is a well-oiled machine on stage despite some members being around longer than others. Dave Depper and Zach Rae are relative newcomers, starting out in 2014 as touring members for the band’s Kintsugi release. But you really wouldn’t pick it from the way their performances gelled effortlessly with the those of the more seasoned members.

The band blew through an extensive setlist of hits, including oldies from We Have The Facts and We’re Voting Yes, all the way up to tracks from their latest album, Thank You For Today. It’s frankly staggering to realise how much great music they’ve put out over the years, and to see and hear so much of it all at once.

After the very first song, frontman Ben Gibbard, encouraged anyone who felt like having a boogie to stand up and do so, which eager fans capitalised on – probably to the great dismay of the Canberra Theatre Centre’s WHS officer, and definitely to the dismay of the people in the second row.

To fit in so much music, the band was light on chat, with only Gibbard offering a few words here and there between tracks. It’s a shame, because he was very personable when sharing an anecdote about running up Mount Ainslie and coming across a mob of kangaroos (“my first instinct, because Americans hear that Australians box kangaroos, was to put my fists up”). But Death Cab were on a mission, and that mission was to give us as much music as they could fit into a set.

Highlights included the aforementioned kangaroo anecdote, a soulful encore rendition of ‘I Will Follow You Into the Dark’, and an electrifying performance of ‘Transatlantacism’. But while the CTC is a gorgeous venue, the show itself felt like it should’ve been in a venue with standing room – it was a surprisingly raucous show, and one that would’ve benefited from a dancefloor.