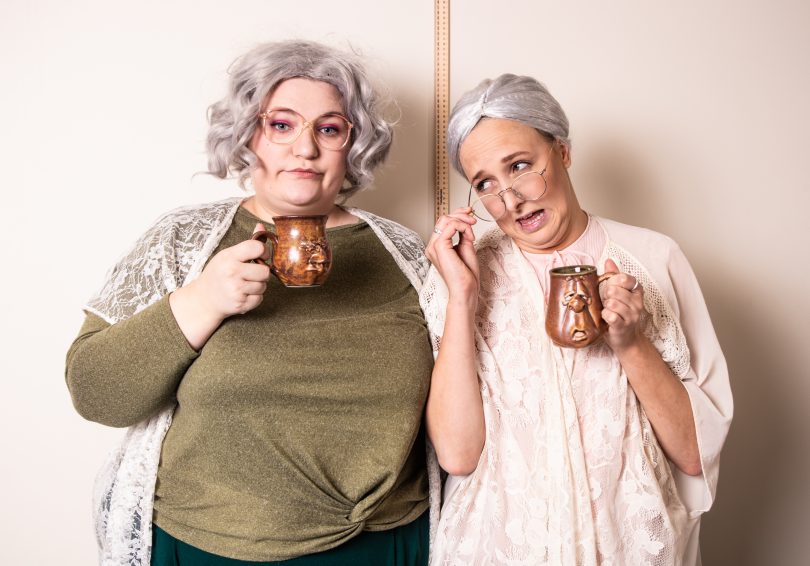 For two 26-year-olds – a journalist and an assistant curator – a move to Canberra for their careers proved the fertile breeding ground for a stand-up comedy show.

Growing Pains, to be performed at Smith’s Alternative on Friday 16 July, is the result of a collaboration between Sarah Ison, a Seven press gallery reporter, and Australian War Memorial assistant curator Chelsea Heaney.

For the duo, their shared experience of having moved to Canberra for work brought them together, although Sarah says they also wanted to go beyond what they see as the ‘adulting’ trope.

“We wanted to go beyond this cliche, so we sat down and looked at our lives more broadly from childhood to adolescent and adulthood – culminating with coming-of-age in Canberra,” she said.

Both Chelsea and Sarah met while doing the rounds on Canberra’s comedy circuit, but they each had very different introductions to the stage.

Melburnian Chelsea did her first comedy gig at an open-mic night in Canberra.

“My housemate suggested I should do it, and as it was something I’d been thinking about for a while, I wrote something quickly and got a really good response to it.”

A positive first experience gave her the courage to keep going.

“Every time I meet someone and say I do stand-up comedy, they always say they could never do it or ‘oh that sounds really terrifying’, and I always say, well, yes it is!

“It’s terrifying every single time, but the satisfaction of something you have created when it does get the reaction and laugh you wanted is huge,” Chelsea explained.

Sarah agrees that the fear never goes away. But, as she jokes, it’s all about proving to herself that she’s a Gryffindor at heart.

Swiss-born, Perth-raised Sarah had a very different experience when she first ventured into the comedy scene in Perth.

She distinctly remembers the sexist heckling she’d put up with as being particularly difficult to manage.

“I found the comedy scene in Perth much more daunting than the one here, and some of the backroom and greenroom experiences that I put up with made me wonder whether I had tough enough skin to be able to do it.

“Dealing with some of the egos in that male-dominated scene was hard,” she said.

She says there were periods where she’d take a break as the constant heckling would wear her down.

“I’d feel quite weak because I could never think of anything to say back.”

When she moved to Canberra, the difference was obvious.

“With lots of women around me in Canberra, who are quite frankly just bad-asses, my confidence has grown quite a lot,” Sarah said. 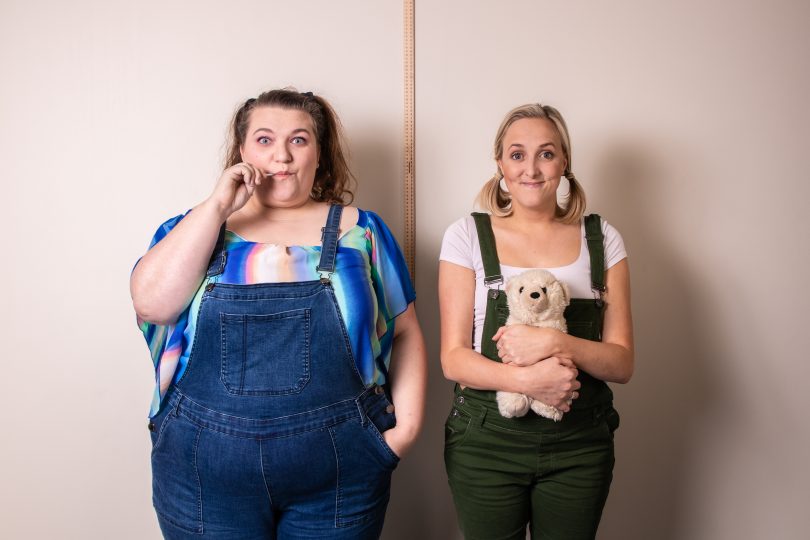 They take a look back at the similarities and differences of their childhoods. Photo: TnE Photos.

While Chelsea says there are still more men in Canberra doing comedy, there’s also a big community of female comedians.

“Some of my biggest laughs come from jokes about feminism or five minutes about period pain.

“I’ve had men come up to me and say, ‘I’m going to tell that joke to my wife as I think she’d really love that’,” she said.

That’s not to say that either of them ever forgets that it is a male-dominated field in which they are trying to make their mark.

“Sometimes, there are instances where jokes just don’t sit right with you, which happens everywhere, and when you’re in the minority of performers, it feels like you can’t speak up and say anything,” Sarah said.

But changes are happening. One comedy night at Sideway bar is female-run and has strict rules about not tolerating homophobic or transphobic jokes.

They agree the reason the Canberra scene is different has probably got something to do with it being smaller.

As Sarah puts it, because all the comedians know each other here and talk to each other, ‘bad behaviour’ is less likely to be tolerated.

“If something bad were to happen to me, I would have people around me who I could talk to.

“In other cities, a comedian might, hypothetically, be able to decide to go to a different room if a room didn’t like them, but you can’t do that here,” she said. 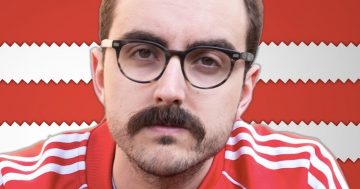 The Running Joke will keep you coming back for more - UPDATED