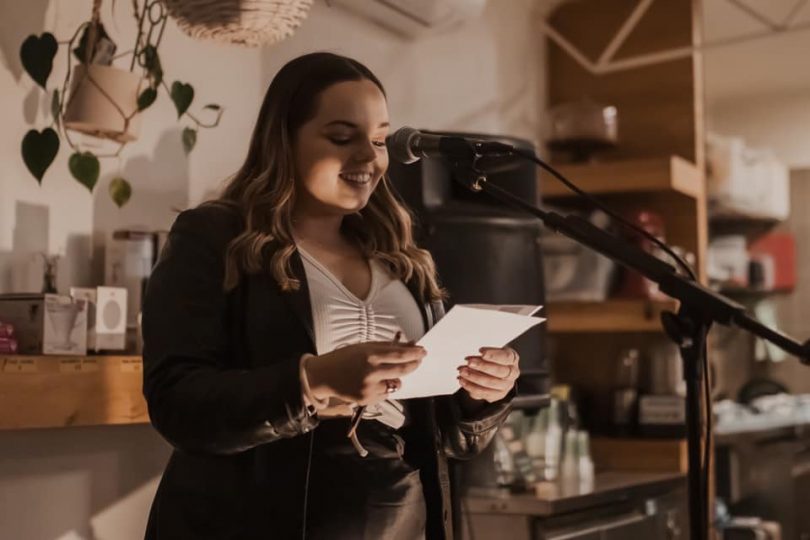 Frustrated with the treatment of women and non-binary people in the music industry, local musician Sophie Edwards instigated the ‘She’s on the Bill’ project to push for gender equality in the sector.

The project seeks to put women and non-binary artists centre stage, but also to prioritise the involvement of female or gender non-conforming managers, sound technicians and photographers, all of who contribute to a smoothly run gig.

Sophie says it’s frustrating to be a woman in the music industry and to constantly come up against veiled and not-so-veiled sexism.

“I would hear comments such as, ‘Women are just not as good musicians as men,’ or it would be constantly suggested that I was carrying in ‘my boyfriend’s gear for him’ when it was really my own,” she says.

“Other times, I’d find people would only chat to my dad about sound stuff rather than me as they assumed I didn’t know anything about it.”

A recent statistic Sophie came across was that 96 per cent of female musicians had experienced sexism in the industry – something she says is absolutely not on. 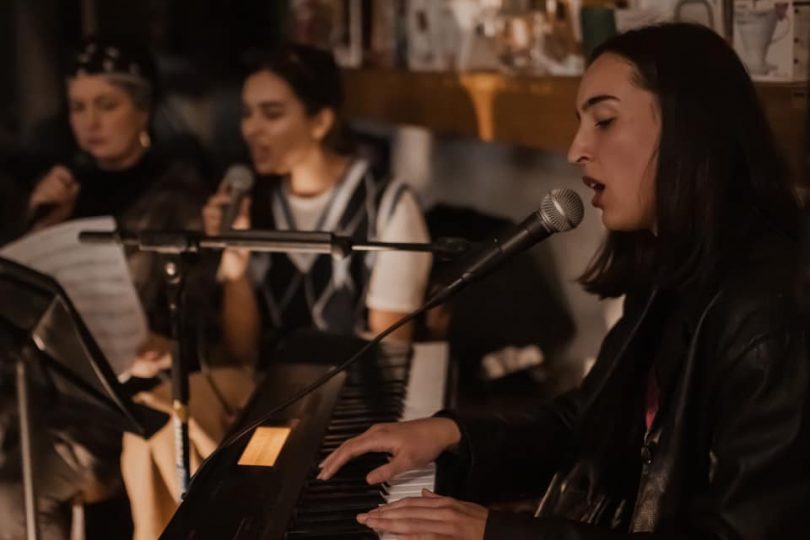 An all-female or gender non-conforming line up took to the stage at a recent ‘She’s on the Bill’ event. Photo: Meg Houghton.

‘She’s on the Bill’ was fittingly launched in March 2021, on International Women’s Day, with a flagship event titled ‘A Celebration of Womxn’.

Originally, the aim was to have a different female or non-binary manager-in-residence putting on the show. However, Sophie says they have had such a positive reaction from the community that they’ve already exceeded their expectations in terms of shows, putting on multiple gigs a month.

While she says it’s time consuming and there is a lot of paperwork, Sophie is also finding a lot of support in unexpected places.

“While there are some venues we prefer not to engage with as people have had negative experiences there in the past, and some who don’t respond to our emails, that’s not what we are hearing from everyone,” she says.

“Other venues were willing to lower their venue hire fees so it became accessible to us.”

For now, ‘She’s on the Bill’ is entirely unfunded so the entire team relies on ticket sales in order to keep the operation viable.

Sophie explains the shows are not charity events and nobody volunteers their time so it can be stressful for everyone involved when upfront fees have to be paid for the venue.

“For now, I don’t have any real plans about where this will go as it has only just kicked off, but it would really take the stress out of things if we were to secure funding,” she says.

“Hopefully in the future it’s the kind of project that can be replicated in other cities around the country.”

Familiar talent from the region and beyond – including Sophie, Lucy Sugerman, Dana Hassall and Kirrah Amosa – has already been featured at ‘She’s on the Bill’ gigs, with Melbourne act Tamara & the Dreams set to perform at a show on Sunday, 4 July.

Despite the difficulties COVID-19 posed to the live music scene in 2020, Sophie was awarded two separate and highly prestigious music mentorships, one with the Australian Independent Record Labels Association and musician Bec Sandridge, and the other with Ricochet MATES.

The next ‘She’s on the Bill’ gig will be held on Saturday, 26 June, at Gang Gang Cafe in Downer, and will feature four female/gender non-conforming musicians who regularly perform in other bands around Canberra.

Then on Sunday, 4 July, another show will be held at UC Hub, featuring Tamara & the Dreams performing with Liv Li and Miroji.

For more information on ‘She’s on the Bill’, head to Facebook.

Oh dear I think 85% of all statistics are made up. Misogyny really held back female artists from Janis Joplin to Dolly Parton & Missy Higgins.

Oh dear. …Makes accusations about made up statistics & then cites a total of 3 successful female artists across a whole industry to prove their point.

A quick google search for “gender inequality in the music industry” will reveal a plethora of articles you can read (many of which include bonus statistics!) to inform your opinion on this. I think that would be a much more productive use of your time behind the keyboard.