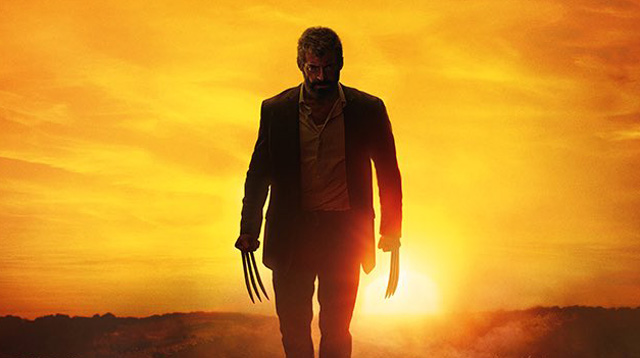 Wolverine tears it up with last hurrah

In case you hadn’t heard, James Mangold’s Logan has been absolutely slaying the global box-office. Now you might say box-office takings do not automatically constitute a direct correlation with quality, and I would have to agree with you. However, there is a reason why this superhero film and Oscars were recently bandied about in the same sentence – Logan is really good.

From the off, Logan asserts that the franchise has grown up. The opening scene bluntly (or sharply, ha!) lets the viewer know what they are in for and it is not for the faint of heart. A family or kids film this is not. Refreshingly unceremonious, Logan is brutally violent with moments of levity few and far between. Although the violence is not enjoyable per se, the unrelenting and unflinching brutality in the context of the story is to be appreciated. Despite its mutant focus, the X-Men franchise – one of the top 10 most successful of all time – has always been one of the most human in its outlook. This has contributed to its overall resonance and relatability. This very quality lends significance to Logan’s violence. While some may clamour gratuitousness, the violence is distressing because of how acutely you feel the pain it presents our protagonists to both inflict and suffer it. Palpable is their agony, distress and indignation at their constant struggle for survival and self-preservation. It doesn’t merely wash over you in a hot mess of CGI and explosions. One scene in a casino-hotel room, in particular, floored me. Staged with such aplomb, it was reminiscent of the introduction of Nightcrawler in the White House opening scene of X2 – ­­to date, probably still one of the best opening scenes I’ve ever seen.

Only a week into its release, Logan was the number one movie in the world by a significant margin. It’s hardly the norm for franchise superhero films to be considered exceptional film-making worthy of Oscar recognition. Only Christopher Nolan’s Batman reboots and Deadpool have been true stand-outs in recent years – both for completely different reasons admittedly. Where The Dark Knight, in particular, held its own as a gritty, dramatic and genuinely well-acted affair, Deadpool was great because it knew not to take itself too seriously. Furthermore, both finally demonstrated the audacity to address adult audiences. Similarly, Logan acknowledges that many fans have grown up with the franchise and, tonally, it is satisfyingly heavy. It is worlds away from the atrociously messy and vaingloriously over-hyped Suicide Squad ­– genuinely one of the worst train-wrecks of a movie I saw last year. However, Logan, owing much to its extensive filming in New Mexico and Louisiana, reminded me of the oppressively yet brilliantly brooding aesthetic of Sicario – one of my favourite films of the last few years – as well as one of last year’s standouts, Hell or High Water.

Logan is the survivalist road-movie entry into the Marvel canon, calling to mind on various occasions the immediately classic feel of Terminator 2: Judgement Day. Australian Hugh Jackman, now a global household name, returns as James Howlett/Logan/Wolverine and consummately inhabits his character. He has unequivocally stamped his authority on a role which now could never truly belong to anyone else. Jackman brings a gravitas he has become seasoned at portraying, calling to mind the electric intensity of his performance in Prisoners. Patrick Stewart returns as Professor X, Logan’s father figure of sorts, again displaying his thespian prowess. He is at home in this ever-darker milieu after his turn in last year’s genuinely chilling Green Room. Boyd Holbrook, of recent Narcos fame, channels a dark Brad Pitt vibe to brilliant effect. Stephen Merchant, recognisable as a regular comedic offsider to Ricky Gervais, and Elizabeth Rodriguez, a series regular in Netflix original Orange Is the New Black, both endear themselves to the narrative thrust. Last but not least, it is in the introduction of Dafne Keen as Laura where the film stands up or falls down. This, her debut film-feature credit, is impressive. A gamble on an unfamiliar face and an unseasoned star pays dividends. Insofar as the story can land, a lot rides on her role and a famous face would have distracted. For such limited dialogue and immense physicality, Dafne Keen is quite compelling as Laura. Certainly one to watch in the future. Despite the bloodshed, there is a tenderness to this film. The relationship between Jackman and Keen is acutely felt. It was this dynamic between a paternal mutant and his childish charge which brought to mind the classic feel of James Cameron’s Terminator 2: Judgement Day all the way back in 1991.

Director Mangold has implicitly and explicitly taken inspiration from the 1953 classic western Shane. Through an exchange between Professor X and Laura we can safely surmise a not too distant future setting of around thirty years from now (mid-to-late 2040s). Without any stunt or special-effects letdowns to distract and dislodge your suspension of disbelief, as was unfortunately the case for X-Men Origins: Wolverine back in 2009, Logan is incredibly immersive. Prolific and dependable composer Marco Beltrami provides a befitting soundscape. Hugh Jackman’s performance over the years as Wolverine cannot be understated. He embodies him with such conviction, and his turn in Logan is his crowning glory and an admirable adieu to the character.

During their last outing together on 2013’s The Wolverine, director James Mangold and Hugh Jackman promoted the technical proficiency and production professionalism of the Australian film industry, fostering a wealth of employment opportunities. This time around, they have again provided a welcome shot in the arm for our industry through the involvement of countless technical staff in this absolute financial juggernaut of a film. Bravo.

Four out of five adamantium claws for this beast of a film.

Agreed. And they are already on the hunt for the next Wolverine! Too soon…

Good movie. One of the few recent superhero movies that improves in hindsight. Perhaps not quite as bleak and gritty as I was expecting though. I don’t think it’s a spoiler that Jackman and Stewart have both said they’re finished with the X-Men franchise, which makes this all the more fitting as the end of an arc.

Phillip Scharf - 6 hours ago
Liam O'Toole you said it and it's not like anyone's suggesting an alternative solution View
liberalsocialist - 7 hours ago
This would be of the same ilk (politician) that demands immediate responses and replies for all their questions yesterday - a... View
Richard Cottrill - 8 hours ago
The UK follows the model of totally outsourced IT (at least in the departments I consulted to). They were routinely fleeced b... View
News 53