Dollars flow up to the mountains ahead of NSW Election 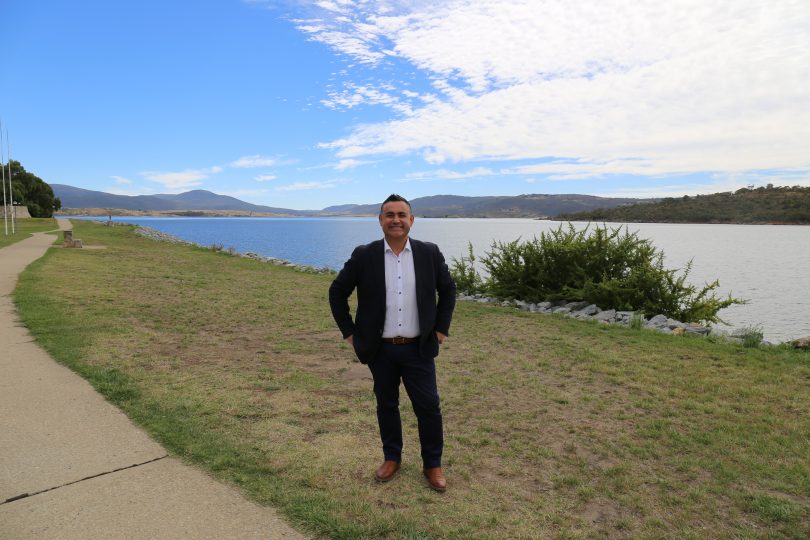 The gateway to the NSW Snowy Mountains is booming, and Jindabyne, in the Deputy Premier’s seat of Monaro is seeing enormous amounts of promised investment.

On Saturday (23 February), Deputy Premier and Member for Monaro John Barilaro, committed almost $70 million worth of infrastructure projects for Jindabyne if re-elected in March.

Mr Barilaro said the Liberals and Nationals Government “will rebuild Jindabyne in line with the Go-Jindabyne Masterplan.”

In November 2018, Mr Barilaro and Minister for Planning and Housing, Anthony Roberts announced the $2.4 million masterplan, Jindabyne 2036, to support the town which Mr Barilaro describes as “bursting with potential.”

Mr Barilaro said the plan would include analysis on the location of future services including schools, health services and community centres and a redesign of Jindabyne as Australia’s premier alpine destination. The plan also looks at links and opportunities in surrounding towns and villages including Adaminaby, Berridale and Dalgety.

Mr Barilaro said “We are expecting the findings of the Go-Jindabyne masterplan to be released midway through 2019.”

“We don’t want to see ad hoc development roll out in Jindabyne. So let me make it clear that the NSW Government will not pre-empt the masterplan” said Mr Barilaro.

“What I have announced today is the commitment and allocation to fund the first step of the Go-Jindabyne process. 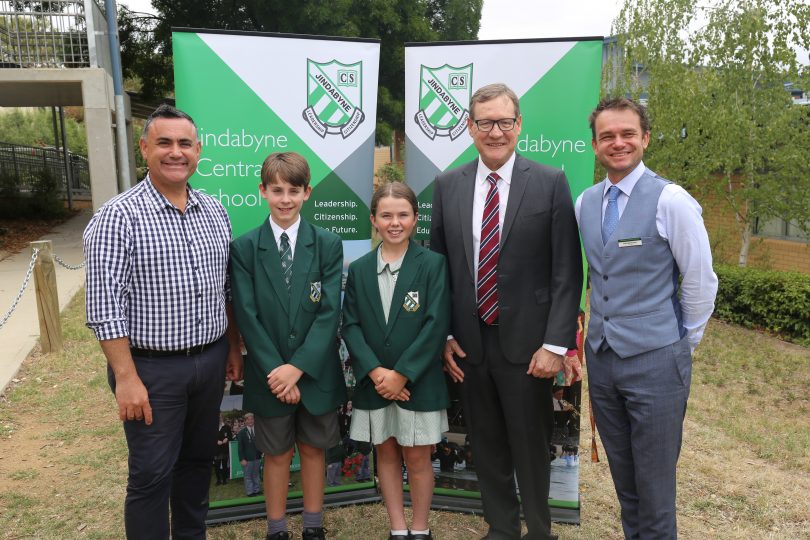 “I am particularly excited about the announcement of the education precinct. The $7 million TAFE and Country Universities Centre precinct has the potential to be co-located with a new high school, depending on the preferences released in the masterplan findings.

With the $40 million funding for future growth and development of Jindabyne Central School (JCS), Mr Barilaro raised the suggestion of relocating the high school component of JCS to Jindabyne Sport and Recreation.

“The announcement of a new education precinct for Jindabyne gives the opportunity to re-address the location of the new public library I was proud to announce funding for earlier this year,” he said.

Mr Barilaro said last week: “I understand members of the public have concerns regarding the co-location of the library with Jindabyne Central School, and I will work with council and the community to find the best location for the library. This further consultation will not halt the current upgrades underway at JCS.”

The $11.8 million allocation for the Jindabyne Shared Trail will link with the $9.8 million Thredbo Valley Track Extension and create an international standard mountain bike trail.

In the run of election announcements, the Nationals leader has also announced $20 million to seal Bobeyan Road, which is the shortest route from Canberra to Adaminaby and the snowfields. In February he announced that Tourism Snowy Mountains was successful in its application for $100,000, and that the Snowy Alpine Heritage Association will receive $95,000. Other recent funding announcements include an $18.6 million Cooma Hospital Redevelopment, $750,000 for major upgrades to sporting facilities across the region, and $100,000 to install an inclusive flying fox at Banjo Paterson Park in Jindabyne.

Responding to the announcements, Greens candidate for Monaro Peter Marshall said, “After eight years of neglect, John Barilaro has finally noticed the needs in his electorate, but wants another four years to do something about it. Voters should judge candidates on their record, not their promises.”

Mr Barilaro launched his official election campaign in Queanbeyan on Sunday (24 February), vowing to continue his strong record of delivery for the communities of the Monaro.

The NSW Nationals are spending $5 billion in the ‘battle for the bush’ and Mr Barilaro said this election is their “biggest fight yet.”

However, in the lead up to the election, Mr Barilaro has removed the National Party logo and branding from his personal website, Facebook and from letters to constituents.

Labor spokesperson, Ryan Park challenged John Barilaro to either put the Nationals logo on his campaign material or resign as the party leader. 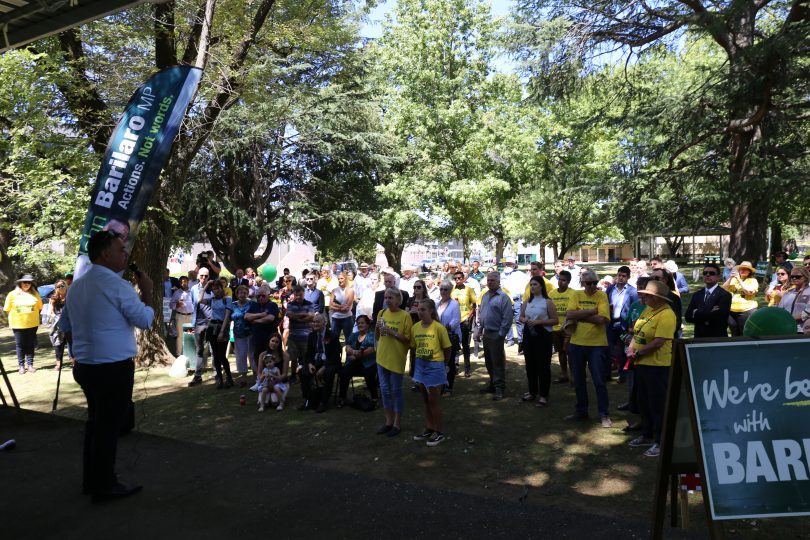 Mr Barilaro launches his campaign for the March State election in Queanbeyan on Sunday.

Why did it take so long? Could there be an election coming soon?

The guy who profits from local wild Brumbies?

Olivia Olivia sorry I got the two confused 😂

Donor and predecessor apparently. I couldn't remember either.

Need to fix the Canberra to Jindabyne road first

Stephen Page-Murray Lot of work has been done Stephen with a lot more to be finished before June. It's actually not a bad drive right now.

Should be a dual carriageway

Is there a subsidised pig farm in the offing?

It could have a restaurant attached called the 'Pork Barrelling Hang Out'. 😁

Headline should be "Promise of dollars....". The cash is not heading to the mountains just yet and probably won't.