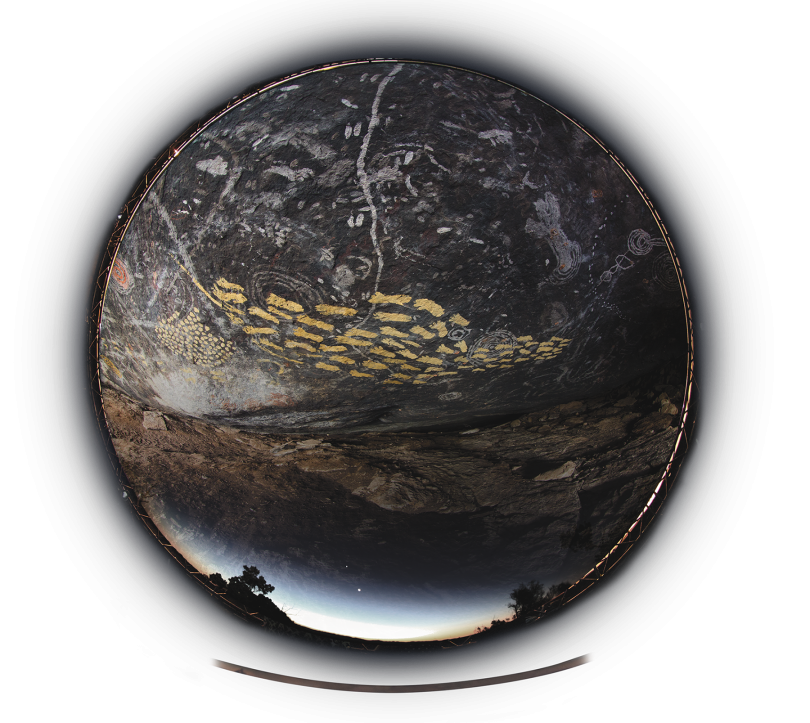 The world’s highest resolution six-metre-wide travelling DomeLab provides an immersive experience for visitors to the ground-breaking exhibition Songlines: Tracking the Seven Sisters at the National Museum of Australia.

An ancient creation saga featuring a dramatic chase across the Australian deserts, Songlines is a world first in scale and complexity, the Museum says.

Songlines showcases sections of five Indigenous Western and Central Desert songlines, utilising some 100 paintings and photographs; objects such as baskets, spears, coolamons and ceramics; as well as song, dance and multimedia to narrate the story of the Seven Sisters, as they traverse the continent from west to east, through three states, three deserts and across some 500,000 square kilometres.

DomeLab is an immersive, dome-based video projection environment, horizontally suspended over users and filled with interactive real-time or pre-rendered content. By standing under it, visitors will be will be transported to Seven Sisters sites and immersed in images of Seven Sisters rock art from the remote Cave Hill site in South Australia; animated artworks; the transit of the Orion constellation and the Pleiades star cluster.

By following the trail of stunning art and installations, visitors will effectively “walk” the songlines – which are both complex spiritual pathways and vehicles for naming and locating water holes and food, critical for survival.

National Museum director, Dr Mathew Trinca said the project was initiated by Indigenous elders who wanted to preserve the stories for future generations and promote understanding of songlines among all Australians.

“I am immensely proud of Songlines: Tracking the Seven Sisters which is the culmination of more than five years of collaboration between Indigenous communities and the National Museum – nothing of this scale has been attempted before,” Dr Trinca said. 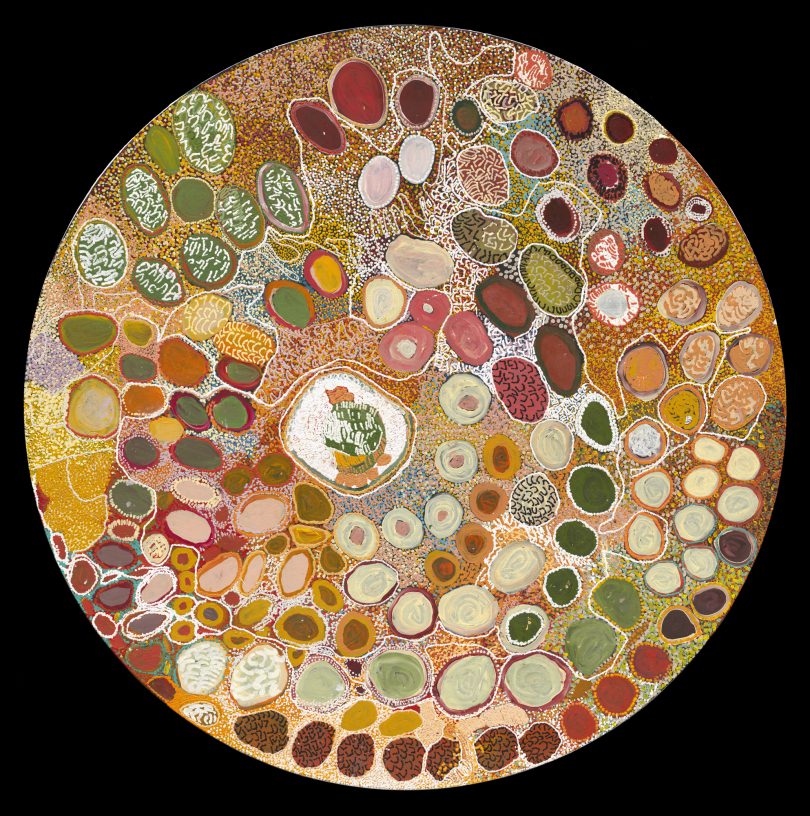 National Museum lead Indigenous curator, Margo Neale said songline was a cross-cultural term, “a passport to the deep knowledge embedded in the land which we now all share”.

“They are our foundational stories about the creation of this continent and critical to the sense of belonging for all Australians,” she said.

The exhibition portrays the drama of creation, desire, flight and survival by telling the story of a journey made by a group of female Ancestral beings who are pursued by a powerful, mythological, shape-shifting figure.

Since 2012, Museum curators – led by an Indigenous Community Curatorium – have gone on-country to track the Seven Sisters songlines. Along the way, Indigenous cultural custodians of the stories have produced artworks which tell their aspects of the tale, and many of these pieces will go into the Museum’s National Historical Collection.

As a result of this project, research material collected by National Museum curators has been provided for upload into the Aboriginal-managed digital archive Ara Irititja, in Alice Springs.

More information about the exhibition can be found here.