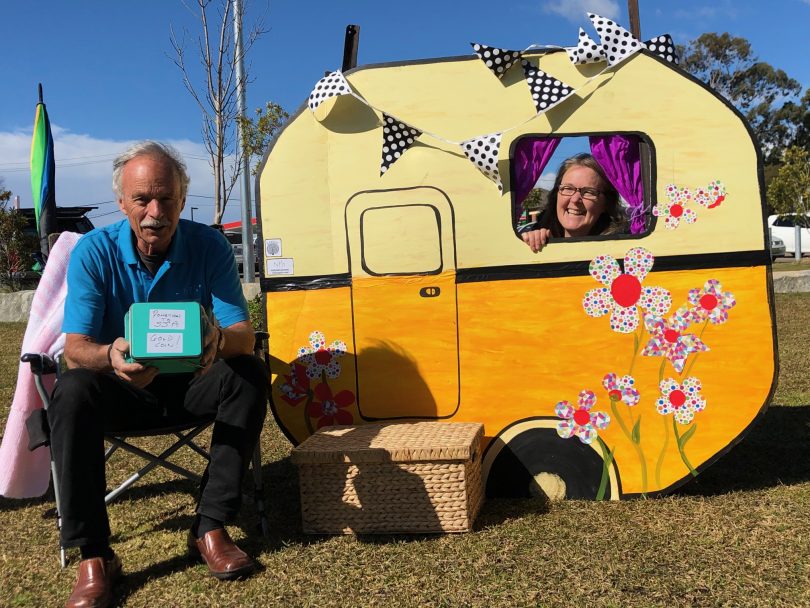 Bega Valley social services are working together on a creative solution to homelessness in regional areas.

The Social Justice Advocates of the Sapphire Coast are wanting to add to their bank of caravans which are used for short term crisis accommodation.

“What we do is provide caravans and a unit and a crisis accommodation centre to Mission Australia and SEWACS (South East Women’s and Children’s Services), we are directed by them,” explains Mick Brosnan of the Social Justice Advocates of the Sapphire Coast (SJA).

“And we are in the process of buying two more caravans, another unit was too expensive. That will take us to nine caravans.

“Sadly our current seven are being used tonight, which is the case most nights.”

The SJA caravans provide short term dignity and security to people and families in need, “whilst the service providers try and find real accommodation, but that is as scarce as hen’s teeth,” Mick says.

“The caravans are at Kalaru and Millangandi and we are very thankful to the owners of both those caravan parks.

“But it’s Mission Australia and SEWACS Youth who look after the people, the idea is to not to just put people in the vans but to try and make them stronger and more empowered for when they leave.”

Six of the seven existing caravans have been donated by the community, “and there is a friend of the Social Justice Advocates who refurbishes them for us at no cost – just the cost of materials.”

When it comes to supporting this work, Mick says donations of money and caravans are important but he adds, “the community can do more than that.”

“We have got to concentrate on that – empathise with people, talk with them, say hello, buy them a coffee. So yes please donate but be a part of the community and talk with people – smile.”

“The Social Justice Advocates are our saviour because we have no youth refuge here, they help us out with the caravans,” Kylie says.

“That gives us up to a week of breathing space for us to do our work – so we can take the next steps.”

Kylie says outside of the SJA caravans, many homeless people locally fall back on couch surfing and spare beds with friends, family and connections, or end up sleeping rough.

She advises those providing a couch or spare bed to reach out to local services like SEWACS and Mission Australia.

“As a third party, we can come in independently and help manage that time and bring support services in behind the person.”

Think you can help the Social Justice Advocates? Contact Mick Brosnan on 0410 697 229 or annmickbrosnan@gmail.com