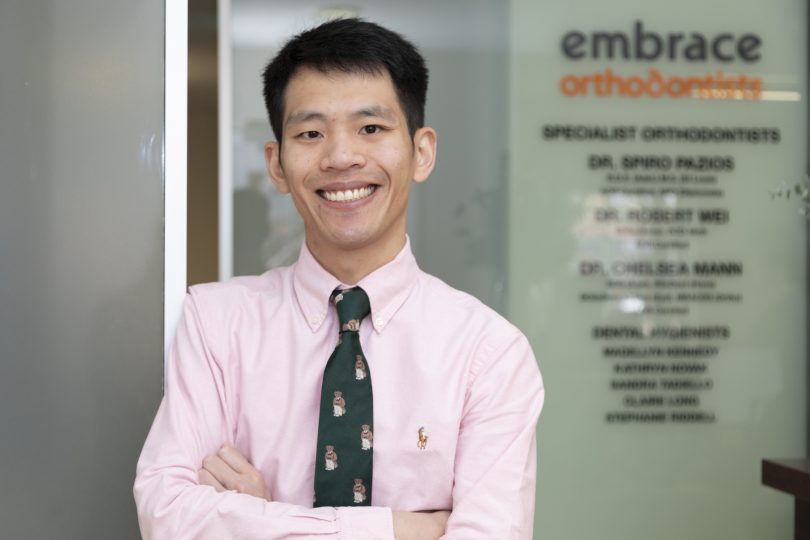 When this year’s Australian Orthodontic Congress was cancelled a week before it was to start in Cairns because of COVID-19, Dr Robert Wei of Embrace Orthodontists simply got on with helping patients create beautiful smiles.

Then he received an email.

Despite the event’s cancellation, the Australian Society of Orthodontists Foundation for Research and Education was still granting its 2020 Milton R Sims Award. Much to his delight, Robert was the award’s recipient.

“Normally winners are told in advance so they can prepare to present at the congress,” he says. “I didn’t hear anything so I assumed I didn’t win or that the 2020 prize was cancelled. It was great to receive the email.”

The biennial Milton R Sims Award goes to the most meritorious graduate student in the preceding two years based on their research, academic and clinical case work.

Robert’s passion is helping kids, young people and (increasingly) adults build confidence and enjoy healthy teeth and gums through orthodontics. He says his research was on bony changes in the lower jaws of adolescents. One set of patients was treated with a two-phased approach, wearing a functional appliance and then braces. The second set had a one-phase treatment, wearing solely elastics and braces together.

“It’s technical, but essentially we were looking at whether an appliance designed to help grow the lower jaw did so,” says Robert. “We used three-dimensional X-ray technology to look at growth changes in the joint area.”

Orthodontists have lots of tools at their disposal and they search for the best options for each patient. Robert’s study found the functional appliance did encourage additional lower jaw growth, but only up to two millimetres with around eight months of extra treatment time.

“The question is whether it’s worth a patient going through that extra treatment for that benefit,” he says. “We’re conscious that orthodontics already requires a lot of commitment from patients. We don’t want to unnecessarily burden them, which is why we select from many tools and appliances to ensure the right one.”

An article on Robert’s research project will be published by the American Journal of Orthodontics and Dentofacial Orthopedics, a highly respected, peer-reviewed specialist journal covering orthodontic research. 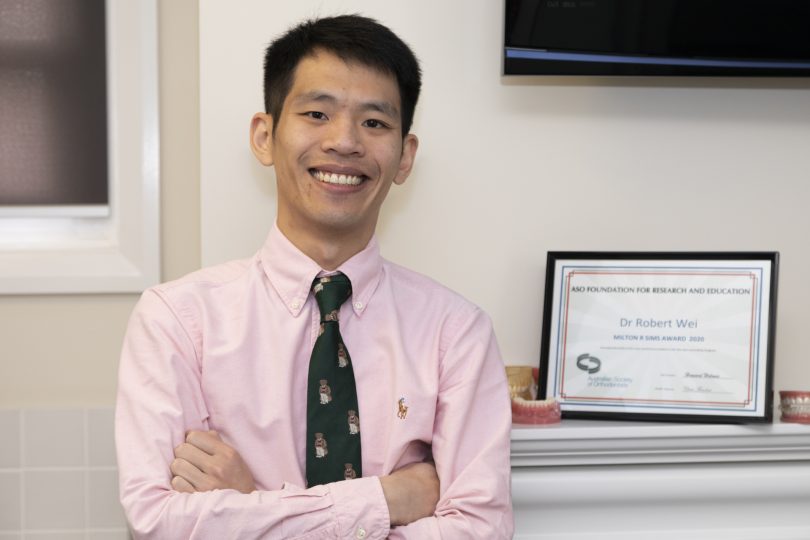 Robert’s path to becoming an orthodontist began with his desire for a career helping people – especially kids – and doing something meaningful with his hands.

Knowing a desk job wasn’t for him, Robert landed in dentistry and was encouraged to specialise in orthodontics. One of his mentors heard of a position at Embrace Orthodontists and encouraged him to apply. Robert was on a sojourn to Europe at the time, but he didn’t hesitate to place a call from Paris. He was told to head in for an interview on his return.

He was successful and started at Embrace Orthodontists in July 2019.

“It’s rewarding work and we get to know our patients during a couple of years,” says Robert. “We see the young ones grow up and we see adults emerge from treatment thrilled with how things have worked out for their appearance, confidence and health.”

More adults are having orthodontic work than ever before, and Embrace Orthodontists works hard to reduce the impact of multiple appointments on busy lives. An orthodontic appliance such as Invisalign – multiple doctor-prescribed clear aligners that are almost invisible – is a major tool used for adult orthodontics.

Embrace Orthodontics has also invested in technology so Robert and his team can check on the progress of patients at home to keep treatment on track and lessen the time travelling to and from the clinic.

“We’re about being as accessible as we can,” he says.

Although Robert didn’t get to present his research and findings at the 2020 Australian Orthodontic Congress, he isn’t fussed. He will give a presentation at the next congress, which will be held in Canberra.