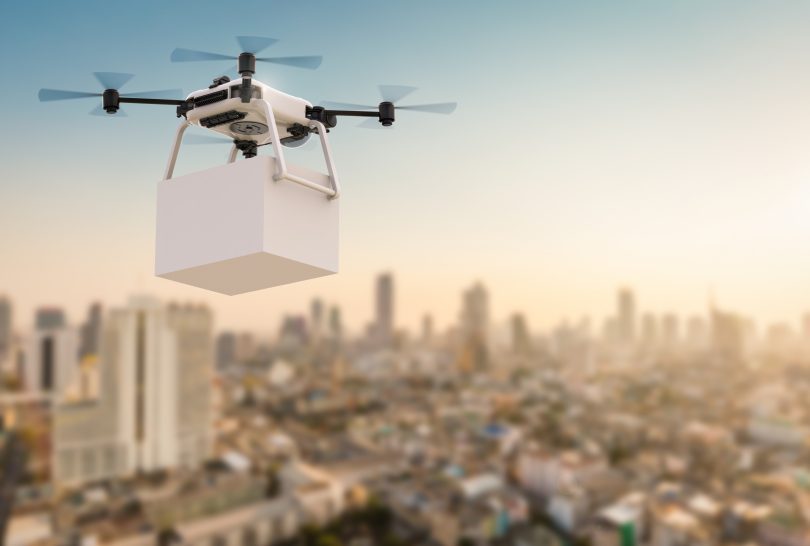 Drones in Bonython – for or against?

I live in Bonython, the only suburb in the world undergoing a full commercial drone delivery trial. Pretty cool, hey? Well, that’s what I thought and so I signed up to the trial.

Project Wing, a subsidiary of global giant Google is running the trial. They’ve been given a patch of land out west of Tuggeranong Town Centre and for a few months, they’ve been delivering burritos, coffee, headache tablets and chocolates directly to homes in Bonython.

This trial could well shape the future of commercial drone delivery around the world and I was tickled pink that it was happening in my suburb.

As a local member of parliament, I took it upon myself to get fully across the trial. So, a few months ago, I got on the phone app in my front yard and ordered four Guzman Y Gomez burritos. They arrived less than 10 minutes after I made the order. I was blown away.

When the trial was first announced, there were a number of dissenting voices in my local community. These people were against the concept of drone delivery mainly for privacy and safety reasons. I suggested that they should wait and see how it affected them once it was in operation and I figured their opposition would dissipate. I was wrong.

Once the trial commenced, the ‘anti voices’ grew in number and volume. They appealed to me to ‘shut the trial down’, or at least to oppose it in whatever way I could. I had some passionate conversations in shopping centres and online because I wouldn’t back away from supporting the trial. The noise-sensitive folk of Bonython were none too pleased with me, but they still invited me to join their Bonython Against Drones Facebook Group….which I did.

I began to get a sense of the level of frustration in my community. I did a full day doorknocking in Bonython in late October and was further surprised at the level of community objection. Granted mine was a small sample, but I found many more ‘antis’ than I had anticipated. My raw data had six residents strongly in favour of the trial, eight with weak support, four who were indifferent, six who were weakly opposed and 22 who were strongly opposed. The random doorknock survey straddled all demographics.

Interestingly, I knocked on the door of a townhouse down by Stranger Pond and had to explain to the residents what the drone trial was. They’d never heard of it and weren’t aware that it was going on around them. In the townhouse next door, the resident believed that drone delivery was destroying her life and making it impossible for her to live there. I guess everyone’s personal threshold is different.

Project Wing drones sound like a cross between an intense bee swarm and a distant F1 Grand Prix Race.

Please understand that as a resident of Bonython and a supporter of business and innovation, I don’t personally have any qualms with the drone delivery trial. I hear drones flying every week and there are multiple deliveries to my street, but it doesn’t phase me one iota. But the level of community concern about this trial is such that we must re-examine it.

As such, I fully support my colleague Andrew Wall’s push for a Committee Inquiry into drone delivery systems in the ACT. We need to understand the extent of regulatory oversight and the extent of the impact on residents, native animals and domestic animals.

Sometimes technology changes quicker than laws and regulations can change and this could well be one of those instances. I look forward to hearing from all interested parties.

What are your thoughts on drone deliveries in Bonython – or Canberra? Comment below.

Interesting that new Scientist reported that NASA found the low frequency noise of Drone’s was much worse than other vehicles at the same decibel level.

A lot of peer reviewed research is available, so I would encourage people to form their own opinions before approving or disapproving of Drone delivery.

I hope the ACT Politicians who approved the trial, read the expert analysis that said a lot more work needs to be done to reduce Drone noise before delivery services begin.

I’m all for better use of technology for the future, but I’m not sure the ACT Government should have allowed the good people of Bonython to be used as guineapigs by Google and Project Wing.

Going on previous actions, it’s highly unlikely that ACT Politicians will read a review, follow expert advise or even take note of community views on anything at all.

No one seems to care about the low frequency noises of wind turbines but they are on “farms” aren’t they.

A 12g trap gun will handle this problem.

Only suburb in the world hey?

What about the Amazon Prime trials in the UK or is the UK not in this world anymore? Thought it was only the EU they were Brexeting.

I can understand the fait acompli logic this is going to happen, just as horse and buggy owners opposed the motor car. I can even see the service being practical for medicine delivery for a parent who can’t easily leave the house. However, I do wonder how the “convenience” logic of takeaway can stand scrutiny if our communities are getting more obese, shouldn’t we be promoting walking to the local shops to buy the takeaway? (So short from Bonython!) Also concerned on whatever numbers are available on politically correct speech of “unscheduled landings”. Can the assessment be serious please in the eventual report – these are crashes aren’t they, with either birds or something else not identified? 14 active rotors crashing into a child or adult would be horrendous – so does this mean staying above roadways ? That then opens up the question of crashing into cars…… very difficult public policy risk assessment which means the public liability premium for those businesses who use this service might make this cost prohibitive?

I can’t believe people are now complaining about drones. They aren’t even that loud for Christ sake! Plus it’s an exciting and new convenient way of getting medicine and food etc delivered without the hassle of leaving the house! There are worse things in the world than a bloody drone delivering a burrito to your neighbour 🙄

Try 35 deliveries flying over your backyard every saturday and sunday and you’ll realise that they are loud! Very loud and very annoying. We have also lost the birds that used to visit out garden.

Anthony olivera, please come and tell that to my 1 year old and 2 year old who wake up to the drones every day during midday naps. Also by all means you can wven help try to get them back to sleep.

Shells Bells Sure thing. I used to be an early childhood educator ☺️

That picture is a stock photo of a drone. The Bonython ones are quite large fixed-wing aircraft. In fact they aren’t drones at all, they are fully-fledged light aircraft.

It has a fixed wing with vertical take-off and landing via rotors.

Once the novelty wears off they are just a noisy intrusion.

Allowing drones to fly over suburbs … what about malfunctioning ( one crashed into our deck…. lucky no children in the garden at the time) also privacy issues & definite problems with wildlife & noise.. a definite NO!

Fete-comply I’m afraid… objecting to this is the equivalent of resisting the motor car because it scares your horse.

I would happily take down any drone that goes over, or within hearing distance of my house.

You may be ‘happy’ but it’s illegal and you don’t own the airspace above your house.

But I have a legal right to privacy and the enjoyment of my property. If someone is buzzing my house or I feel that my privacy is being compromised, I will happily correct the situation.

Nice picture of a recreational drone on this article. Truth is the drones that project wing are using have 14 rotors on them and are over a metre long which make them sound like an F1 car. When you get 50 of these over your house each day on the weekend, it’s a friggin nightmare. They say they’re an eco friendly way of delivering food, tell that to the bird life that isn’t around anymore, let alone it drives the dogs nuts. I work pretty early during the week just to be woken up by drones on the weekend.
I get that some think it’s cool and I’m sure it’s a novelty for some, but if this trial gets off the ground ( no pun intended), it is going to have a massive impact on the peaceful way of life that we used to enjoy. CASA have signed off on the trial from a safety aspect, but there has already been incidents of “ unscheduled landings”.
Drones have their place and the technology is amazing, but to be used to deliver burritos and coffee at the expense of what used to be a peaceful suburb is ridiculous and we don’t need them here for that.

The community objected? Do they have any idea how hard it is to get Guzman Y Gomez delivered to the south side of Canberra?! Progress NIMBYs…

Ben Gray I absolutely do not want them IN or OVER my backyard. Especially now it is nearly summer and we have a pool. The noise is a constant intrusion, especially on the weekends, and privacy is questionable with the cameras on the drones. We seem to be under their “flight path”. Perhaps you could drive to GYG and that way you enjoy a meal out and we can live in our homes with a little peace, quiet and privacy.

The drone image depicted in this earlier Riot Act article https://the-riotact.com/drone-delivery-service-looking-for-permanent-home-in-the-act-despite-noise-complaints/267723 is more like a large, fixed wing, rotor assisted radio-controlled aircraft than a standard drone with 4 or 6 rotors only.

This being the case I am surprised that the government aviation authorities have allowed it to fly anywhere over residential areas.

It is only a matter of time until it collides with a bird or power-line and I wouldn’t like to be under that.

The pitch and volume of drone noise can be tailored by using different propellers (or even ducted fans) and flying higher, or tailoring routes to avoid complainers.

Most of the complaints from door knocking were about noise level and the pitch of the noise. From my reading, although there are some concerns about privacy and also potential for injury and effect on wildlife, the vast majority of opposition comes from the noise.