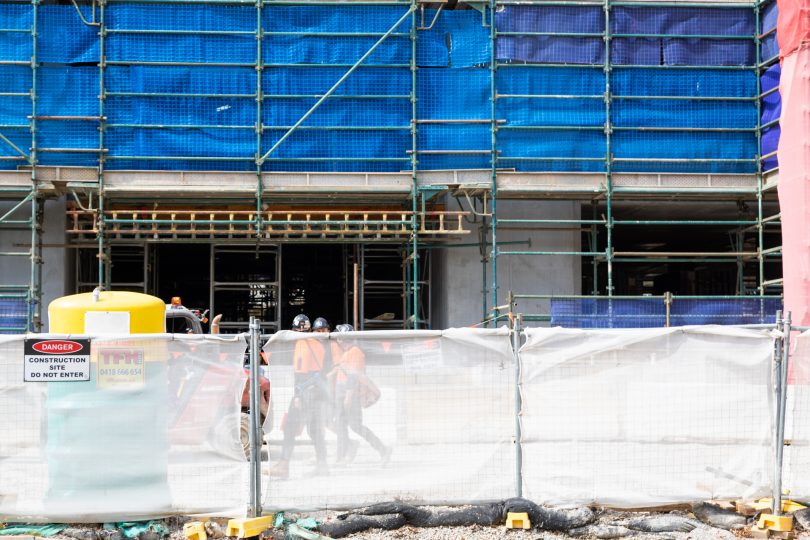 The election and the potential for a change of government are likely to hold back the ACT economy in the short term, but strong demand for public sector jobs, a pipeline of housing construction and the return of international students will maintain the Territory’s post-COVID recovery, according to the latest Business Outlook from Deloitte Access Economics.

Calling the election a wet blanket, the Outlook says there is usually a public service slowdown before and during the campaign that has flow-on effects through the ACT economy.

A change of government means the incoming administration needs time to roll out its priorities and for federal departments to react to that with their spending, it says.

But with social security and defence spending to rise, the economy will benefit in the longer term.

The ACT’s average higher incomes will mitigate the inflationary spike from food and petrol prices, but there will still likely be a reduction in discretionary spending, although retail turnover is expected to continue to rise.

Business activity and investment, which have been on the rebound since the lifting of COVID-19 restrictions, are also likely to suffer from inflationary pressures and supply constraints and uncertainty about interest rates.

The Outlook says job vacancies in the Territory remain at an all-time high, suggesting demand for workers, including in the public sector, should remain strong in the near term, despite COVID support measures being wound back.

But Canberra is expected to benefit less from the reopening of international borders and migrant workers than the rest of the country due to the preponderance of public sector jobs. However, the Outlook says migration-aided population growth will be central to the Territory’s long-term economic outlook.

The unemployment rate is tipped to fall to as low as 2.8 per cent in coming years.

Population growth has slowed during the pandemic and remains a risk to the ACT economy, so the return of international students is timely.

“Not only will they provide a much-needed boost to the territory’s higher education sector, but also inject additional dollars into secondary industries like retail, entertainment, and hospitality,” the Outlook says.

“In the long term, the challenge for the ACT will be to create new, desirable jobs that retain skilled graduates and attract more workers to the Territory.”

The number of international visitors is also expected to rebound and boost the ravaged tourism industry.

Despite the population growth dip, demand for housing continues to grow and Canberra is set to experience growth in the number of apartments coming online in the next year, with construction activity at an all-time high since the pandemic began after Canberrans made the most of low-interest rates and the HomeBuilder scheme.

Construction activity is expected to soar through the rest of the year but will slow as the likelihood of an increase in interest rates rises and the long tail of HomeBuilder-related construction is completed.

“On balance, a slower 2022 is therefore to be expected for ACT economic growth, owing to it being an election year, and also to the bulk of economic recovery from COVID having already taken place,” the Outlook says.