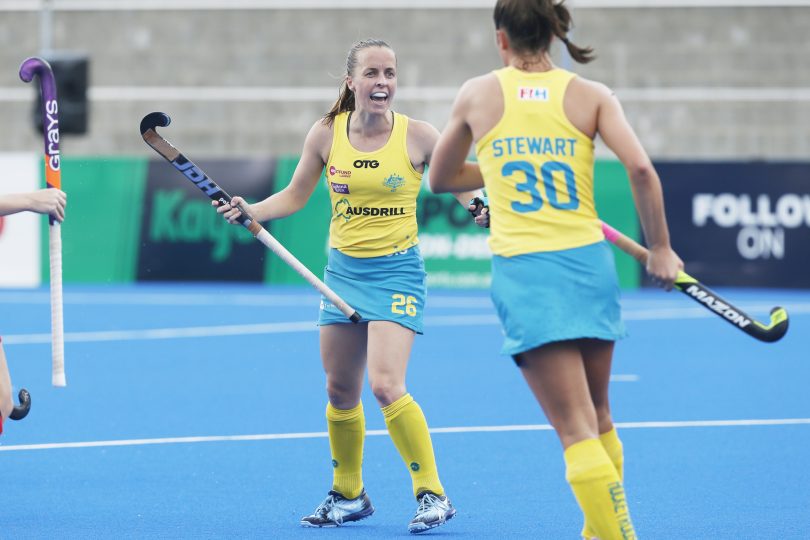 If the Australian women’s hockey team wins gold at the Tokyo Olympics in August, there’s no doubt Crookwell’s 2641 residents will paint their streets all shades of green and yellow.

The unassuming town on the outskirts of Canberra is not only famous for unearthing award-winning spuds and Farmer Wants a Wife contestant Neil Seaman, but also some of Australia’s best hockey players.

One of those is Hockeyroos star Emily Chalker (nee Smith) who came from a family of farmers and hockey players who encouraged her to start playing on Crookwell’s grass fields at the age of five.

“I played many different sports as a child, but hockey was my favourite and I didn’t miss a season,” she says.

“I loved growing up in a country town as it was so easy to get a group of friends together after school to have a hit of hockey in the front yard.”

Crookwell is proud to call Emily one of its own and recognised the athlete as its Sportsperson of the Year in 2020.

Her parents and grandparents still live nearby and share news of Emily’s success with locals.

Since 2011, Emily has been living in Perth, where the Hockeyroos squad trains daily.

Making a career in amateur sport financially sustainable is no easy feat, but Emily has been smart to pursue a Bachelor of Commerce at Curtin University while playing hockey.

Now she is in the graduate program at accounting firm KPMG as an external auditor.

“I am extremely lucky to be supported by the partners at KPMG, who allow me a flexible working arrangement,” says Emily. 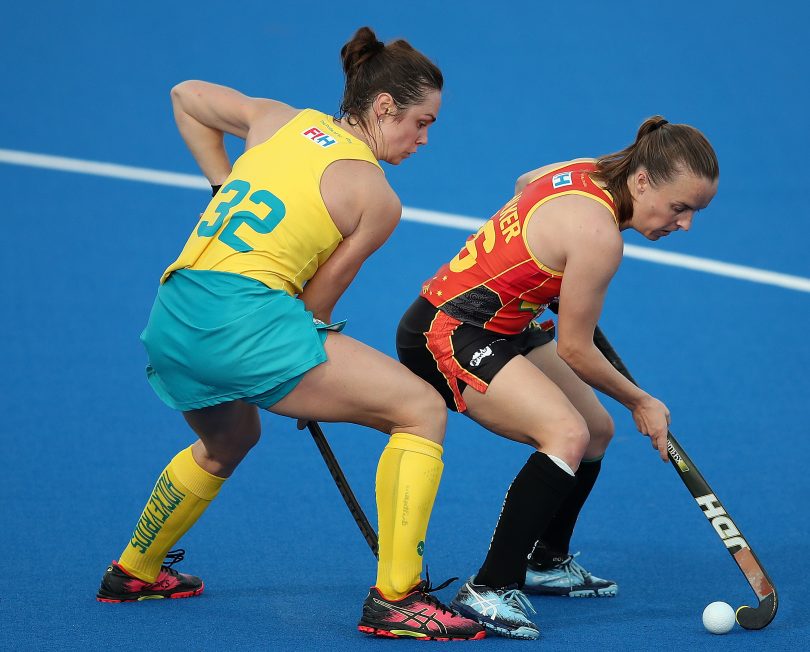 Emily Chalker has been living and playing hockey in Perth since 2011, but is keen to get back to the land. Photo: Hockey Australia.

“I love having something else to focus my energy on outside of hockey – it has been refreshing.

“Both the hockey environment and KPMG are quite similar in that both require a high-performance mindset and constant improvement. It suits my competitive nature.”

Despite living on the opposite side of Australia, Emily has held onto her agricultural roots and became an Australian Beef ambassador in March 2020.

“I have a strong connection to the land having grown up in a country town, and when Australian Beef approached me, I jumped at the opportunity,” she says.

“My father-in-law also ran a large cattle station and I spent many holidays there helping him. I love the farm life and the country.

Until recently, Emily and her husband, Dom, had been running sheep and investing in wheat on a property owned by Dom’s father, Mark.

They ended their investments when Dom’s father moved off the farm, however both have dreams of getting back to the land again soon.

“We wish we still were [investing in agriculture],” says Emily. “Our current investments are residential property, but I’m sure once I retire from hockey, there will be more of an opportunity to get back into agriculture.

“I miss the country and think it’s a great place to raise a family. For now, we are planning on staying in Perth to finish off my hockey career, and who knows where we will end up.”

That brings us to the current day and the challenges of the COVID-19 pandemic, which has cancelled Hockeyroos’ international games and interrupted practice.

However, the team has its eye on the ball again as action ramps up ahead of the Tokyo Olympics. The pressure is off Emily slightly after she and Georgina Morgan stepped down as co-captains in late 2020.

The Hockeyroos team has announced Katrina Powell as its new coach, but is yet to announce its new captain.

“COVID-19 has been an extremely challenging time for everyone so I’m just grateful we have still had the opportunity to train and play games against each other,” says Emily.

“We have had an intense pre-season followed by a consistent training block. The squad trains together on a daily basis and we are making the most of every opportunity to improve ahead of Tokyo.”