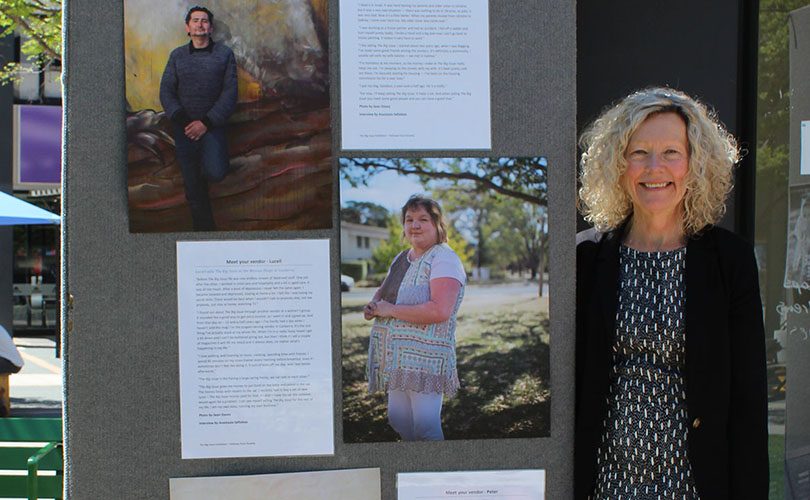 ACTCOSS released the report Shattered Myths. 20 Years of ACTCOSS Work on Poverty last week. The report provides an excellent account of ACTCOSS’ involvement over the past twenty years in addressing poverty.

It is a timely reminder of the sobering estimates on poverty in the ACT:

I, too, have been reflecting on the beginning of the anti-poverty movement. I was fortunate to be on the original ACT Poverty Task Force, which was an exciting and productive experience. The Task Force was chaired by the well-known retired Bishop Pat Power who brought a wealth of insight and compassion to the role.

The Task Force’s work was supported by project officer Rebecca Vassarotti, who went on to play a leading role in the community sector to eradicate poverty. Her reflections on poverty in the ACT over the past 20 years are a salutary reminder of where we have come from and how much more we need to do.

A key feature of the Poverty Task Force in 1999 was strong government representation. Around the table we had people from Housing ACT, Education, Health, Justice and Community Services departments sitting alongside representatives from community agencies and advocacy groups. The commitment to talk through the issues and come up with joint solutions from government and community was inspiring.

The Task Force eventually became the Anti-Poverty Week Committee. However, these days, government membership has declined to the point there was no one from government on this year’s Committee. The ACT government works on various measures to assist people in poverty such as concessions and affordable housing. However, not being at the Anti-Poverty Week table alongside the community sector to address this significant problem sends a concerning message to all.

Twenty years ago poverty had a simple economic definition of people being poor and struggling to survive. Nowadays we have a far more sophisticated analysis of poverty, linking it to homelessness, mental health issues, criminality, substance abuse, child protection, educational performance, disability and other factors. Many people experiencing one or more of these difficulties will also be living in poverty. All these areas are overseen by numerous government departments who therefore have a stake in finding positive solutions.

We are all aware that some of the ways to address poverty include increasing educational opportunities for people, raising Centrelink benefits (note the Raise the Rate Campaign), providing adequate health services, affordable housing, family support and employment opportunities. This can only be done effectively if government agencies are planning joint solutions with the community sector.

This year Woden Community Service and other community agencies organised events in Anti-Poverty Week with The Big Issue event at Woden Town Square and the Homeless Connect day. We supported many staff and clients to attend other events across the ACT because we believe addressing poverty is such a fundamental issue in all our work.

Poverty is everyone’s responsibility to address, regardless of whether we are in the community sector or in government. Anti-Poverty Week provides a perfect opportunity for joint action rather than just leaving community agencies to take up the cudgel. WCS will continue to be at the Anti-Poverty Week Committee table and hopefully sharing it again with government representatives in years to come.

To learn more about Woden Community Services and their work in the community, visit their website.

Helen Topor - 22 minutes ago
Krystyna Topor a friend thought she was fainting (she was standing at the time). I thought that the shaking might be the begi... View
Anne Barnes - 29 minutes ago
While house shook in Shingle Hill Way Gundaroo View
Sally Asnicar - 43 minutes ago
My bum was plonked in my office chair as usual and I felt nothing. Zip. Nada. On Sydney's Upper North Shore. View
Opinion 13

Danielle Woodhouse - 24 minutes ago
Look at You Suzy! View
Robert Gannon - 2 hours ago
Foot in both camps , live in Wagga Wagga and Suzy is my niece 😎... View
Kelly Hitchings - 3 hours ago
Suzy Balogh there’s you xx View
News 103

Support for the vulnerable doesn’t stop when a pandemic hits

@The_RiotACT @The_RiotACT
As part of Region Media, Riotact delivers news, views and information free to more than 700,000 unique readers every month. We've grown up with Canberra and now we are celebrating with a sleek new look https://t.co/kLK4zpxPwK (21 minutes ago)