Escape in 60 minutes: the excitement of Canberra’s new Riddle Room 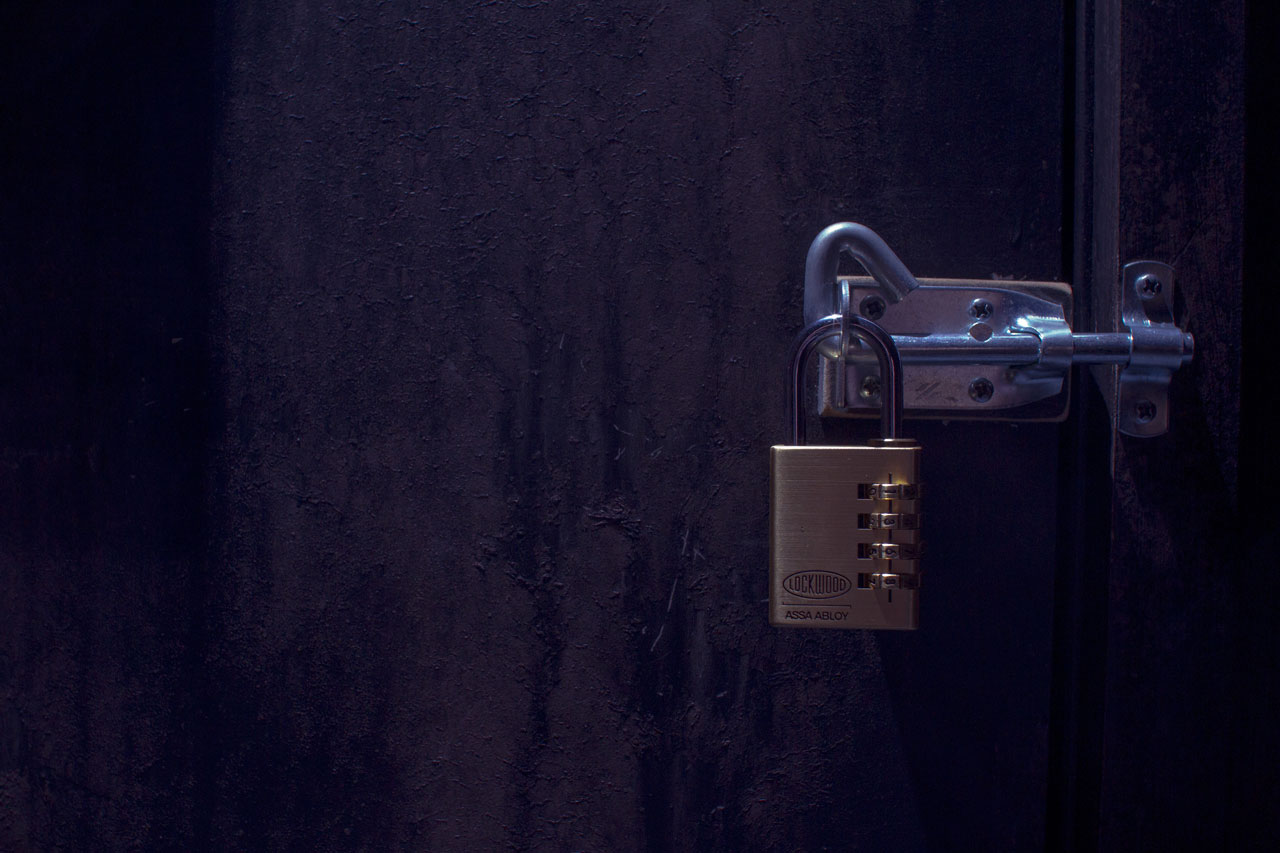 Imagine being locked in a dark room with your friends, trying to solve a series of puzzles before time runs out. You have only your combined intuition, creativity and the clues and objects in the room to save you.

Welcome to the world of escape rooms – a phenomenon sweeping the globe that is rapidly growing in popularity in Canberra.

Chris Krajacic and Jesse Mount opened Canberra’s first escape room – Riddle Room – in 2016 after Chris’s girlfriend tried one while on holidays in Thailand. She was so impressed she took Chris to Sydney for his first escape room experience immediately after she returned.

“On the drive home from Sydney I couldn’t stop thinking about how Canberra always misses out and that Canberrans should have close access to one too. I knew then and there that I had to make it happen.”

Chris recruited his housemate Jesse and the two set out to raise 10k to pay for a commercial space. They created a crowd funding account with Kickstarter, but only raised $5,000 and because of the rules (raise it all, or get nothing), they walked away penniless.

Downhearted but not deterred, the pair rented Chris’s parent’s garage and spent months fitting it out and creating an amazing escape room experience.

“We got lots of online reviews where people said they were kind of worried walking into a garage in a home, but once they were inside they were captivated. About six months in we were asked to represent Canberra escape rooms at the 2016 PAX (Penny Arcade Exhibition) which was a huge honour.”

Their business took off, and it wasn’t long before the two were able to quit their jobs (Chris is a teacher and Jesse a public servant) and focus on Riddle Room full time.

They leased a space in Mitchell and now have 3 popular escape rooms. 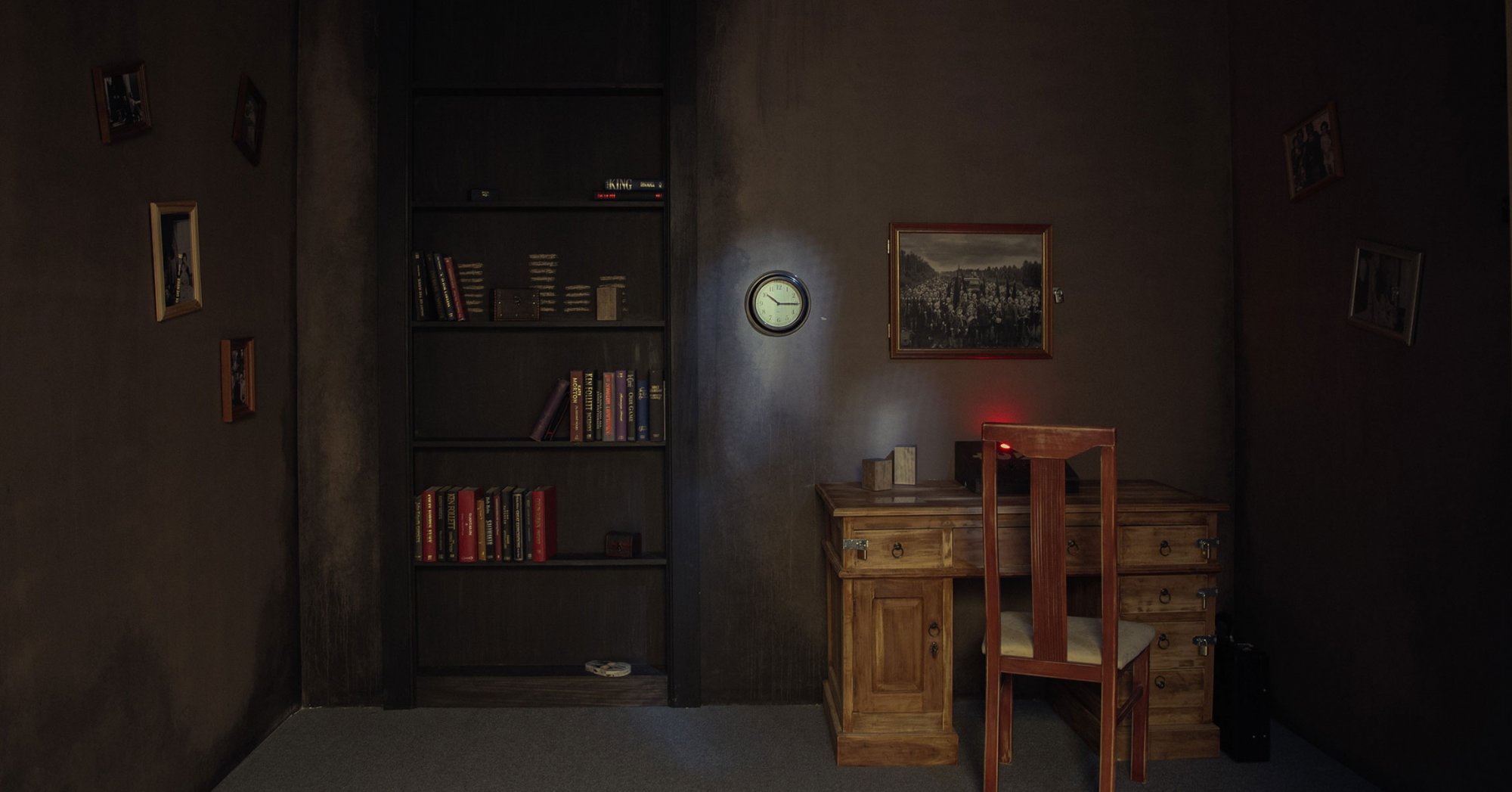 The Nightmare and The Dungeon each give you 60 minutes to solve a series of puzzles, work through an intriguing story line and solve the riddle before the clock strikes zero.

Their latest room, The Bomb Defusal, is a more intense game where you have 35 minutes to defuse a ticking bomb.

The pair created all their own puzzles and storylines after travelling around Australia and experiencing every escape room the country has to offer.

“We wanted ours to be a culmination of all the best things we had experienced in other escape rooms. We’re lucky in that we’re completely independent and self-funded so we can basically incorporate anything we want.”

Riddle Room has had over 5000 people through their doors, and as the concept gains traction the pair field an ever-growing number of bookings every day.

“It’s a great team-building activity and we’ve had everyone from 18th birthday parties to retirees, and now a lot of corporate team building sessions. It’s a really good social activity and allows you to block out the world (no technology allowed) and get creative. A lot of the tricks appear like magic and it’s all pretty intense.”

Every session at Riddle Room is private, so you only go in with people you know. You can book for 2-6 people for The Nightmare and The Dungeon, and 4 people for The Bomb Defusal. The whole experience takes 90 minutes and includes a briefing, safety instructions, and game time.

Prices start from just $35 pp and is recommended for ages 15+. For more information, head to the Riddle Room website.

If you’re looking for more information on escape rooms, check out our recently updated article on the best escape rooms in Canberra.

Bethany Williams - 4 hours ago
Ric Hingee that’s something that would be AMAZING.....if it was able to happen! It’s been floated before, but the issue i... View
Ric Hingee - 6 hours ago
Ella - I am surprised you have any money to donate to Labor after paying all the excessive taxes, charges and rates that the... View
Ric Hingee - 6 hours ago
Bethany Williams The minority parties and independents needed to find common ground and run as a team. Otherwise they are pro... View
News 53

Michael Quirk - 5 hours ago
Charny Barney bus rapid transport would operate on its own right of way. Suggest you look at the Brisbane metro to be operati... View
Ric Hingee - 7 hours ago
Charny Barney You really are a clown and I suspect a pretty bad one at that. View
Ric Hingee - 7 hours ago
Justin Watson We are talking about rubber wheeled trains running on an imbedded fixed course, not on a normal road. View
ACT Election 23

Evan Hawke - 8 hours ago
Darron Marks I totally agree that the roads in Gungahlin use to be shocking and roads like horse park drive needed upgrading.... View
Darron Marks - 19 hours ago
The increased spending to duplicate some of our arterial roads has made a difference you are correct. But to say there wasn't... View
Evan Hawke - 1 day ago
Glory Hammer I totally agree that every area needs politicians who fight for there areas. Most of the politicians in my area... View
Property 10

thebscaller - 12 hours ago
Joke of a leader and party. They are making some bold statements and promises that don’t add up. There is no way these prom... View
Acton - 15 hours ago
A conservative is someone who is averse to change. The Labor Party has now held government in Canberra for 19 years, proving... View
JS9 - 16 hours ago
"The problem would appear to be how to pay for them and it’s not easy to pin down Mr Coe on where the money will come from... View
ACT Election 12

Caz Ireland - 16 hours ago
Anyone remember when Labor shut down all those schools about 15 years ago? They’ve had 20 years in government so their reco... View
Keith Cheetham - 1 day ago
Pork barreling at its best as Labor does. And then dont initialise it. View
Bronwyn Wilson - 2 days ago
Where are e teacher librarians going to come from? There are very, very few in the ACT - that’s why so many schools don’t... View
Lifestyle 9

Metaphysica: The virtual reality escape room everyone should try

The Best Escape Rooms in Canberra

Take a break, literally, for a smash-up time

@The_RiotACT @The_RiotACT
RiotACT readers showed overwhelming support for a more compassionate policy around border closures, but we suspect there'll be less love for election corflutes. Tell us what you think in this week's poll https://t.co/rY3E9tqOnK (5 hours ago)

@The_RiotACT @The_RiotACT
School holidays are back, and from racing model cars to racing around the Tough Nutterz Inflatable Course, there’s plenty on in Canberra this week https://t.co/LFEwDETxzW (6 hours ago)

@The_RiotACT @The_RiotACT
Around 230,000 people - more than 50% of the current ACT population - would have to move to the Territory this financial year if the Canberra Liberals were to pay for their election promises using their 'grow the pie' model, according to ALP analysis https://t.co/KfWNlGSzz8 (8 hours ago)