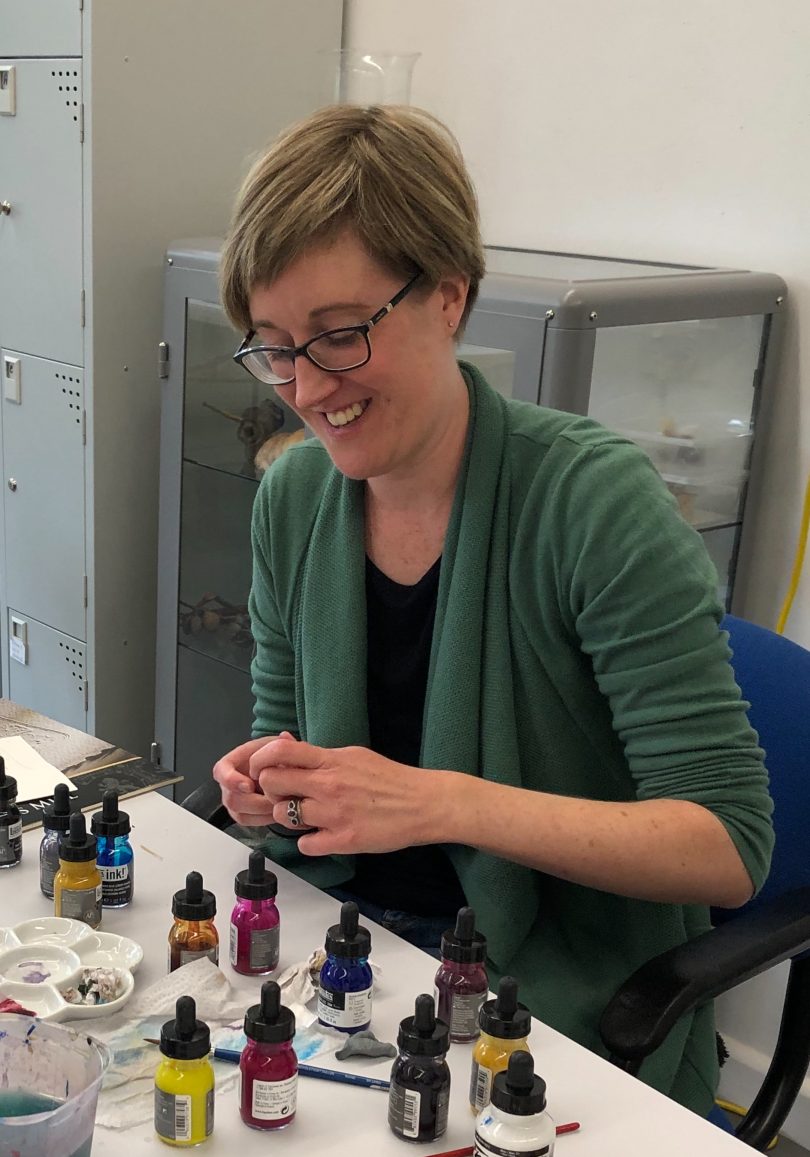 An exhibition featuring rare and vulnerable species of Tidbinbilla Nature Reserve will open this weekend.

Canberra artist Emily Birks has been inspired by the work Australian ecologists are doing to preserve our native species. She creates highly detailed ink on paper portraits showing the beauty and character of each animal subject, while also telling the story of their importance to the environment.

During the past year, Emily was the artist-in-residence at Tidbinbilla. She explored the reserve independently and had the opportunity to meet with and observe the vet and ecologists, where she learned about the breeding programs of the animals that became her muses.

This exhibition explores connections between the animals and their environment, and Emily’s connection to various species at Tidbinbilla.

Tidbinbilla is a special place, with scientists undertaking important research into the conservation of species,” said Emily.

“I feel that scientific research and wildlife art are two sides of the same coin; interpreting the natural world in order that it can be shared with others.

A series of ten portraits portray animals the artist had never seen or had come across so rarely that they instilled a sense of wonder when found. She said that her interactions with other visitors at the time reinforced this feeling and connected her to the animals and the community.

Emily said it was not hard to find inspiration from Tidbinbilla’s rich cultural landscape dating back more than 25,000 years as the traditional country of the Ngunnawal people.

Native wildlife is abundant and visitors may see platypus, koalas, potoroos, bandicoots, emus and many other bird and animal species.

“The more people that connect with and share their experience in nature, the more support there will be for its conservation. Each painting has gilded elements in 23-carat gold leaf and the paintings literally shine, which is a comment on how precious the animal subjects are,” Emily said.

Emily uses the geometry of circles, spirals and arcs in her compositions, alluding to the cycles of life present with all species and the linked nature of everything. The exhibition includes a painting of Corroboree frogs showing the diversity of their skin patterns, the stages of their life cycle and the threats to their survival such as the chytrid fungus, carried by the common eastern froglet.

A painting portraying the bettong, potoroo and bandicoot ties the life cycles of these animal species and the other plants and animals they are impacted by and interact with, such as the acacia, lily, moth and native fungal species.

The exhibition opens this Saturday 31 August at 3 pm at Tidbinbilla Visitor Centre, off Paddy’s River Road, and runs until 5 December. 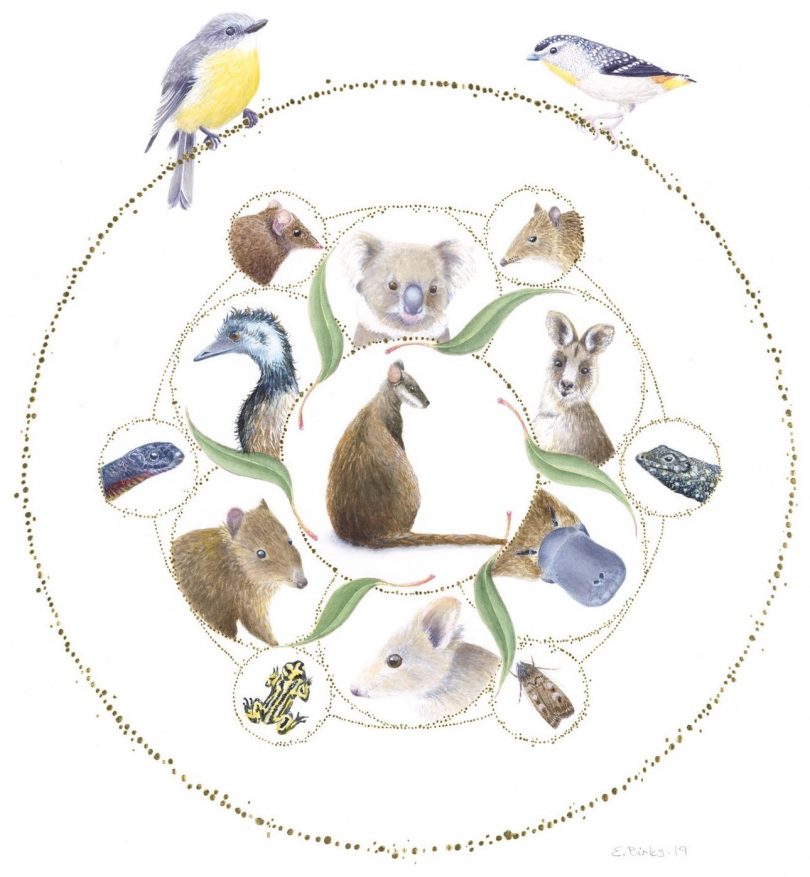 One of the paintings in the exhibition by Canberra artist Emily Birks.

Scott Bell - 6 hours ago
Ya all Dreaming tax man rules who gonna pay for the Friday’s View
Karen Feng - 9 hours ago
4-day work week. Those that meant 3 of those days are double pay. or does it meant we are paid one day less View
Bianca Rossetti - 9 hours ago
I prefer more flexibility options rather than stating 4 days working.. nsw are looking into school hours changing, maybe this... View
News 8