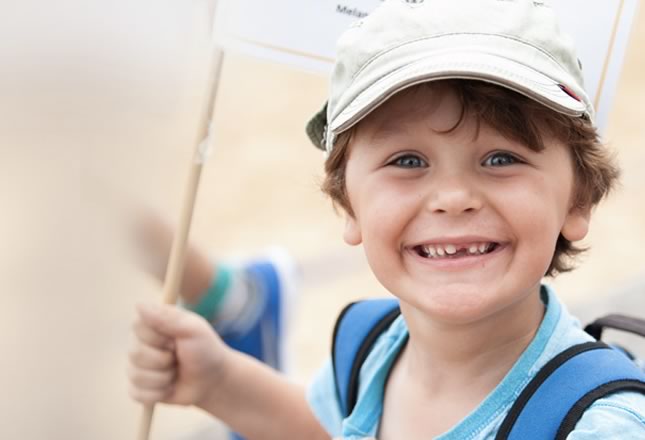 Australia has one of the highest rates of melanoma in the world. It’s the most serious kind of skin cancer, and though it represents just 2% of all skin cancers, it is the cause of 75% of skin cancer deaths.

Being the third most common cancer in Australian men and women, if you have never had melanoma, chances are you know someone who has. And Melanoma March on Sunday 19th March gives us the opportunity to remember those who have died, celebrate those who have survived, and show our support for research that can enhance treatment and hopefully provide a cure.

Sharon Dei Rocini, who has battled and survived Stage 4 melanoma for the last 3 ½ years, is a local advocate for melanoma research and awareness. She urges the community to get behind the cause and spread the word.

“The Melanoma March is probably the biggest fundraiser the Melanoma Institute has all year. There is a march in every major city in Australia, and ours will be around Weston Park,” she says.

“It’s a great family event, and we have so much happening this year including singers, face painters, a jumping castle, petting zoo, cake stall, BBQ and raffle. We’re also doing a beautiful butterfly release for survivors and those who have lost someone. There will be about 40 of them so it will look really amazing.

Registrations start from 9am and the 4km walk starts at 10am. The path is all flat, so strollers and wheelchairs are definitely welcome. The event will finish at around 12noon.”

There’ll be merchandise, including plenty of hats on sale to keep the sun at bay.

For those interested in learning more about melanoma, including finding a local support group, there will be brochures and people to speak to, including Sharon. She is on a mission to prevent others contracting melanoma by educating them on the benefits of sun protection and early detection for all ages.

“I started getting headaches and blurred vision and then couldn’t read things properly. I went for a CT scan and they found three tumors in my brain. Then they discovered it had also spread to my lungs. Once they were removed they kept returning and I’ve now had 9 operations to remove 18 tumors. As a teenager I used to lie around in the sun slathered in baby oil. It’s just so dangerous and I want everyone – especially young people – to be aware of the dangers.”

Traditional chemotherapy and radiation do not work for melanoma, however Immunotherapy was introduced as a viable alternative last year and has received excellent feedback.

“Immunotherapy is now available under the PBS for advanced sufferers of melanoma. It works by boosting your immune system to help fight the disease, which is fantastic as up until now we have only had surgery to combat it.

The more support we provide through initiatives like the Melanoma March, the more money there is to continue research and make the new treatments available – which is fantastic.”

Melanoma March starts at 9am at Weston Park on the 19th March (next to the miniature railway). Bring the whole family and show your support.