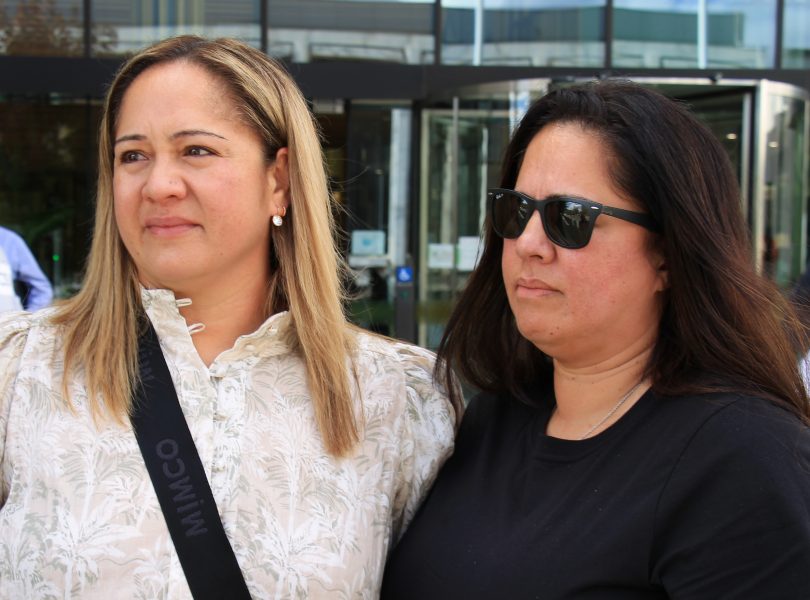 Anna Lewis and Kelly Holtz, the daughters of Herman Holtz. Mr Holtz was killed at a construction worksite in 2016. Photo: Albert McKnight.

The daughter of an employee killed at a Canberra worksite says her family joined the legal proceedings to hopefully stop others from going through what they endured, but they feel let down by the judicial process.

Subcontractor RAR Cranes was the last party to be sentenced over the death of 62-year-old Herman Holtz, who died when a crane tipped while carrying a generator and landed on him at the University of Canberra Hospital construction site in Bruce on 4 August 2016.

The crane’s then-48-year-old driver Michael John Watts was sentenced in 2020 while the head contractor for the worksite, Multiplex Constructions, was fined $150,000 last year.

After RAR Cranes was fined $300,000 by the ACT Industrial Court on Friday (25 March), Mr Holtz’s youngest daughter, Anna Lewis, said her family had “suffered tremendously” through what had been six years of a “very long and heart-breaking judicial process”.

“We took part in this with the intention and hope of not seeing other families go through what we have,” she said.

“Unfortunately, we’ve been let down by the system and its processes.

“The results of all cases are disturbing and hard to accept, and as a family, we’re gutted, disappointed and angry that we’re now without our Dad, and our children are without their Papa, and our Mum is without her husband. We’ve no further words to say.” 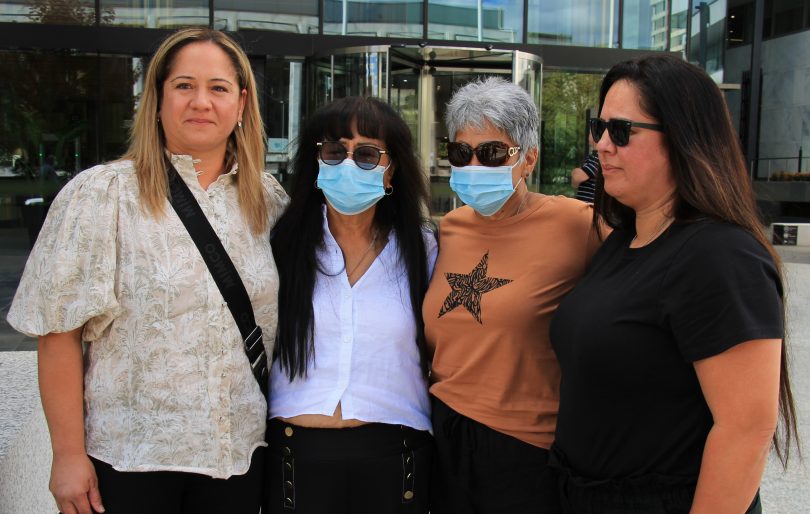 Chief Magistrate Lorraine Walker said there was a clear causal connection between RAR Crane’s criminal conduct and the loss suffered by Mr Holtz’s family. The effect of his death was “profound beyond measure”, she said.

She accepted the subcontractor perceived itself to be under some commercial pressure to meet Multiplex’s expectations but said that it did not reduce its criminal culpability.

She said Multiplex had wanted the generator moved around the worksite, and while an RAR Cranes dogman initially recommended a larger, 200-tonne crane, this was rejected by the head contractor, so the smaller crane was selected for the job.

Watts was not given a site induction, didn’t study the crane operator’s manual and operated the crane on overload for a significant portion of the lift.

Also, counterweights on the crane had been connected in the wrong direction and the generator was not rigged properly. When the crane tipped, it killed Mr Holtz instantly.

The University of Canberra Hospital worksite on the night of 4 August 2016 after a crane toppled over, killing 62-year-old Herman Holtz. Photo: ACT Police.

Chief Magistrate Walker said even though reservations had been expressed that a 200-tonne crane should be used, no one acted decisively to do so.

She expected subcontractors should say no to the demands of a principal contractor, even at the risk of losing work.

She said RAR Cranes was the specialist at the site and had greater criminal liability than Multiplex. The vulnerability of workers at the scene was “obvious”, she said.

She convicted RAR Cranes and fined it $300,000, with seven days to pay. She also ordered the subcontractor to pay costs.

She did accept the company had shown genuine remorse and brought in measures since Mr Holtz’s death that included a lift supervisor role, training improvements and installing safety documents on workers’ phones.

Work Health and Safety Commissioner Jacqueline Agius said although it had taken six years to get to this point, she appreciated the work that had gone into the process.

“The outcome today sends a strong message to duty holders – if you do the wrong thing, not only will you forever negatively impact a wide circle of people, but WorkSafe ACT will catch you, and you will be held to account,” she said.

Multiplex and RAR Cranes each pleaded guilty to single charges of failing to comply with a health and safety duty which exposed a person to the risk of death or serious injury.

Watts pleaded guilty to a charge of reckless conduct exposing persons to a risk of serious injury or death and in April 2020 was sentenced to 12 months’ jail, fully suspended.