Feasting and drinking like royalty in the King Valley

On the day that South Australia lost power due to a freak storm, the boyfriend and I headed out for a road trip to Victoria’s King Valley. 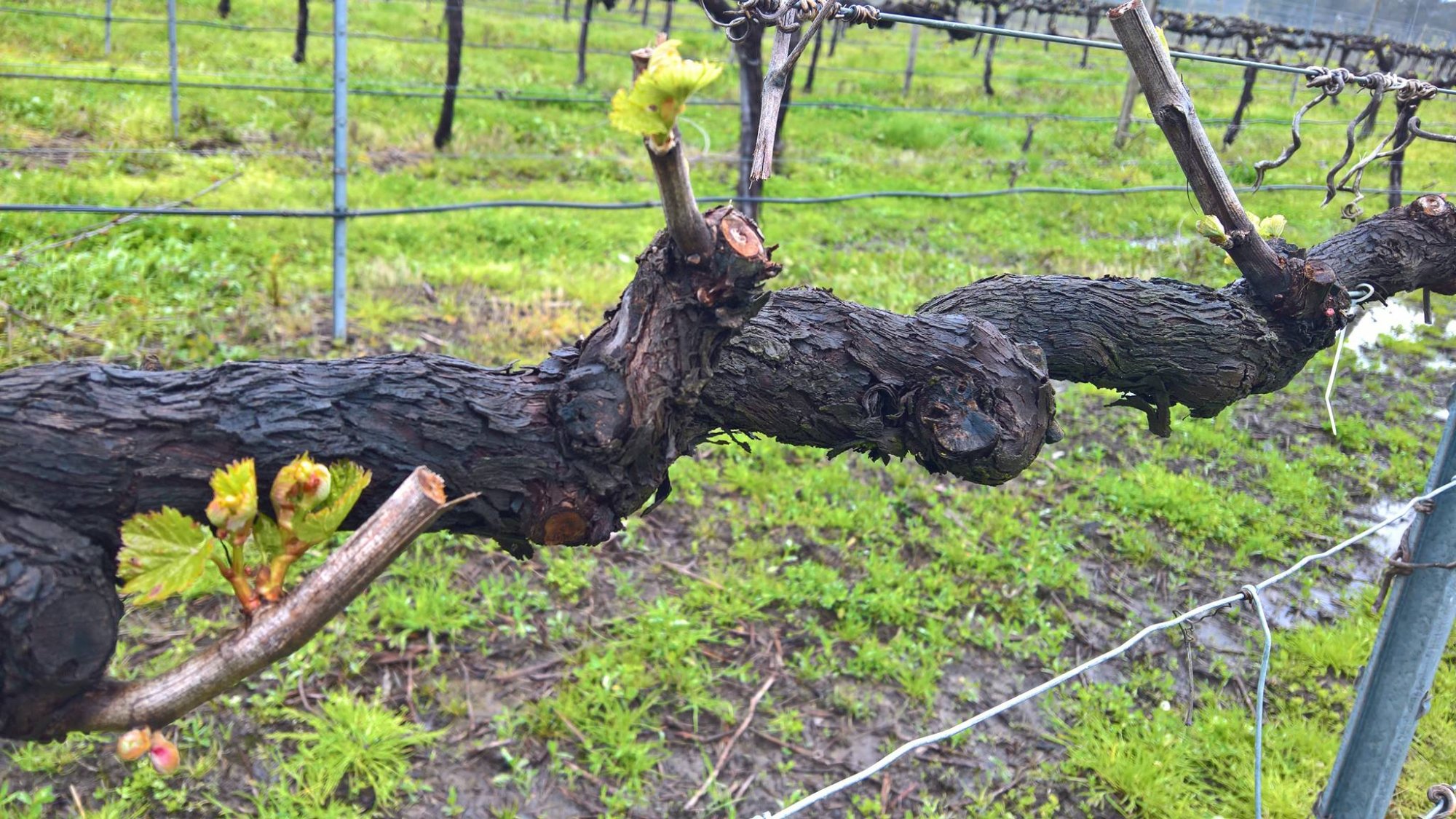 King Valley, in Victoria’s high country, is home to many Italian migrants who have brought with them their love for the good life and good food. Originally most of the inhabitants grew tobacco, and later grapes for nearby Brown Brothers at Milawa, but now many are selling their own wines with their own unique identity. 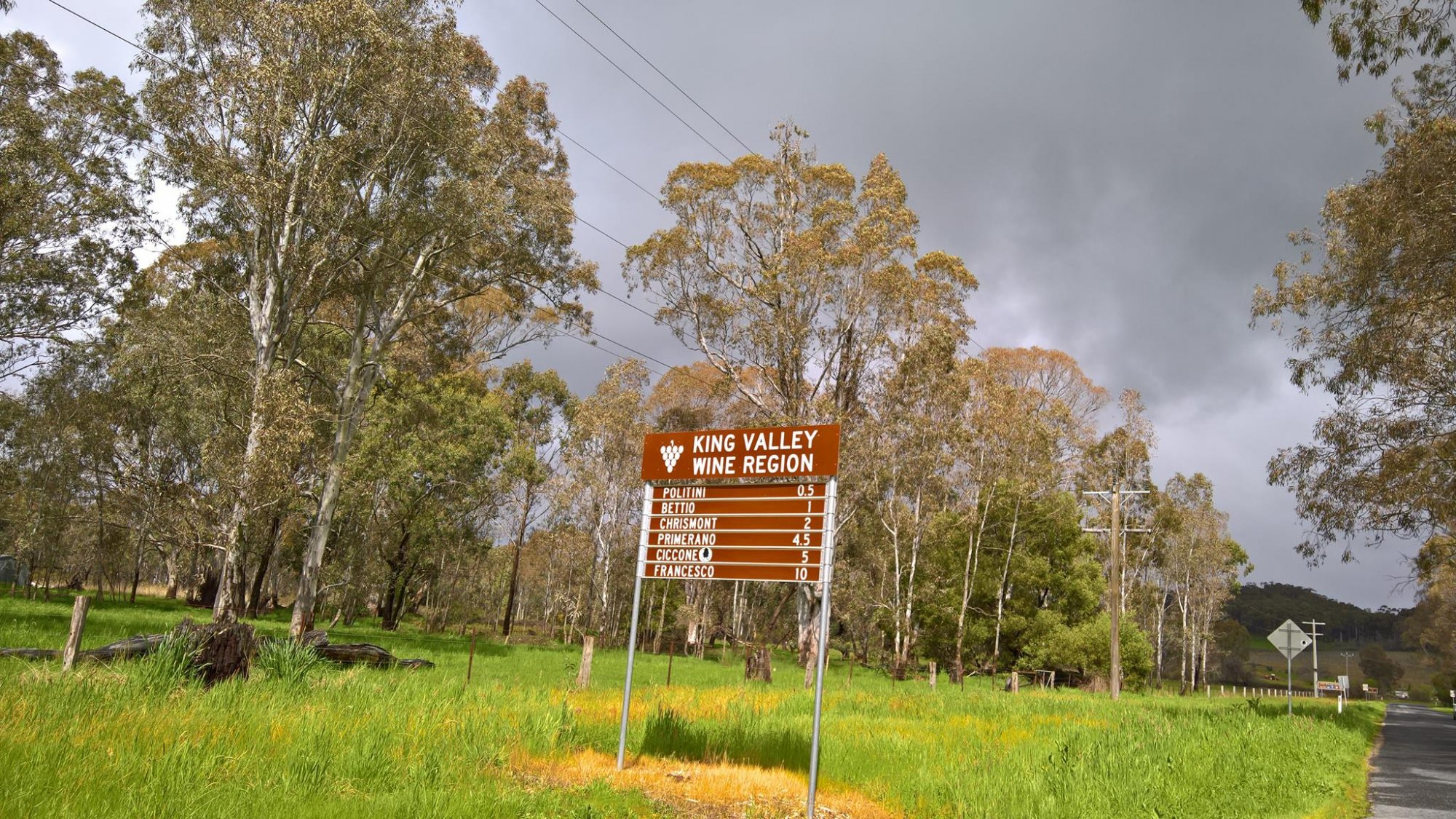 Unlike other quaint country towns in Victoria’s Northeast, the villages of the King Valley don’t lead directly to the ski slopes, a factor that led to the area flying under the radar for many years. But it has now been discovered by food and wine aficionados from Melbourne and increasingly from Canberra.

It is a fairly leisurely five to six-hour drive to King Valley on good routes, assuming you take the direct route via Albury/Wodonga. We headed over the Snowy Mountains via Cooma, past historic huts and stone homes, swollen spring mountain creeks, through towering snow gums, past wild brumbies and power installations that are part of the Snowy Mountain Hydro Electric Scheme. Thankfully I didn’t throw up as we careered down past Australia’s highest town: the road is a tad windy. But at the end we were rewarded by the lush green valleys and golden rapeseed oil meadows in the Upper Murray River region, with the pastoral theme continuing through to our destination in the King Valley. 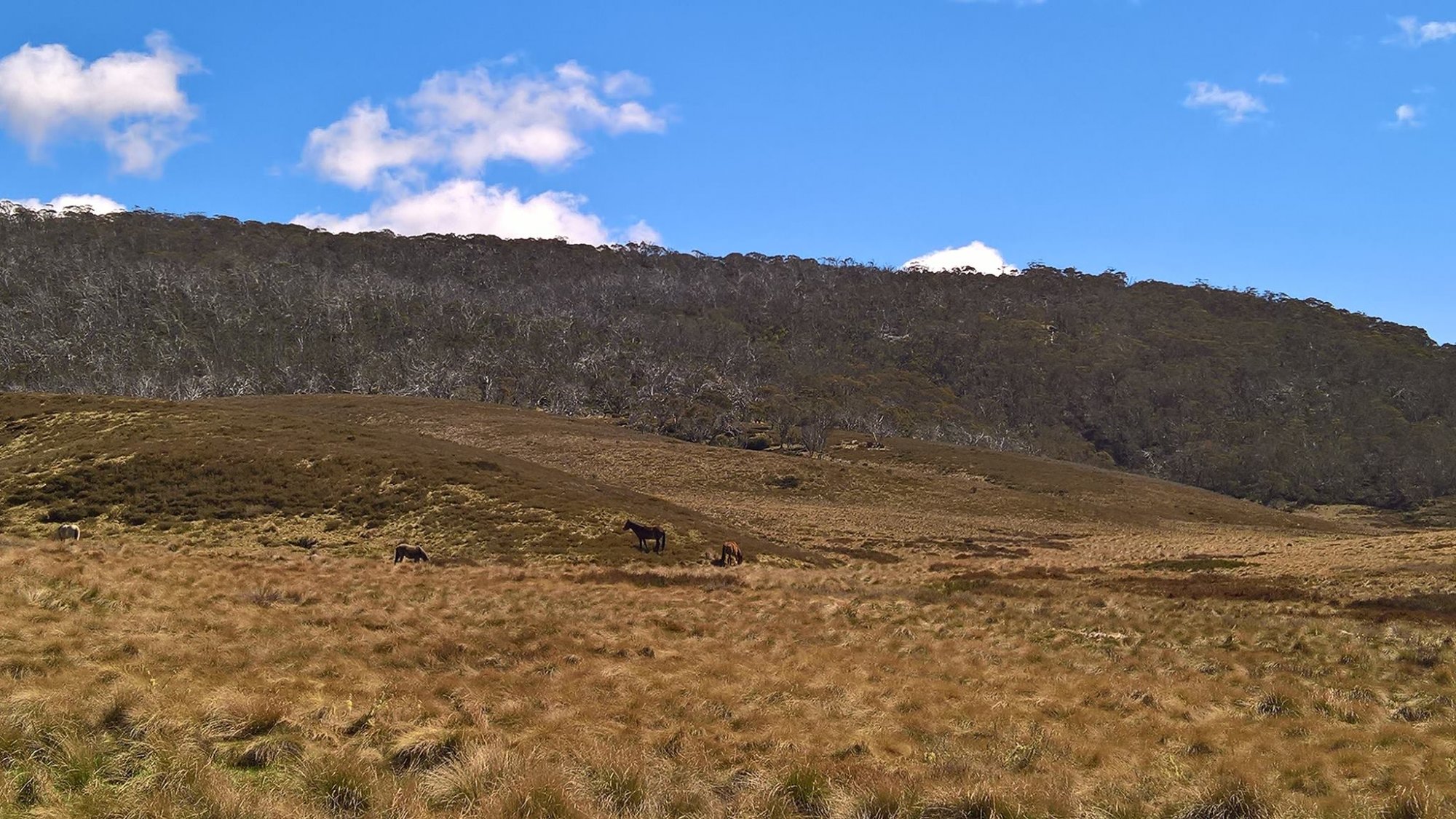 Wild brumbies grazing at the base of Mt Selwyn 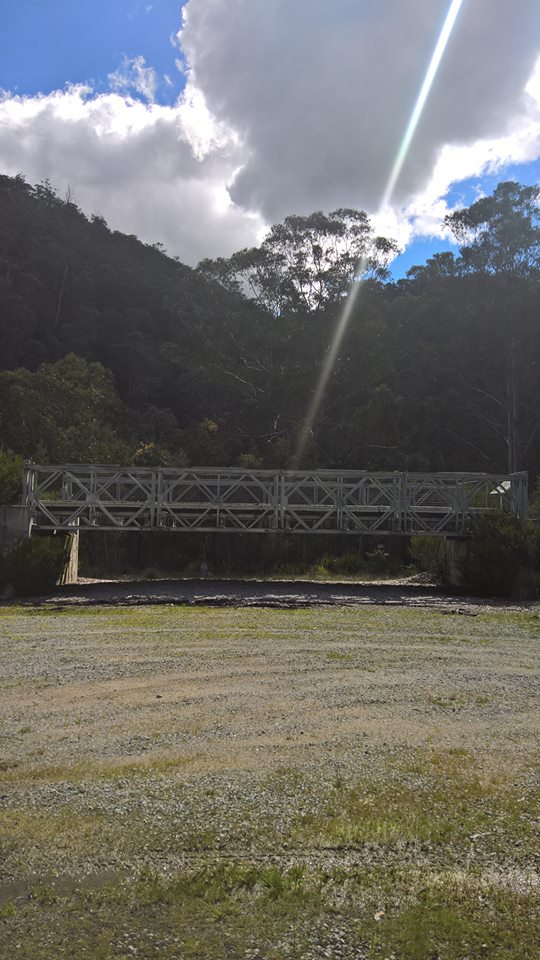 A bridge somewhere near Cabramurra 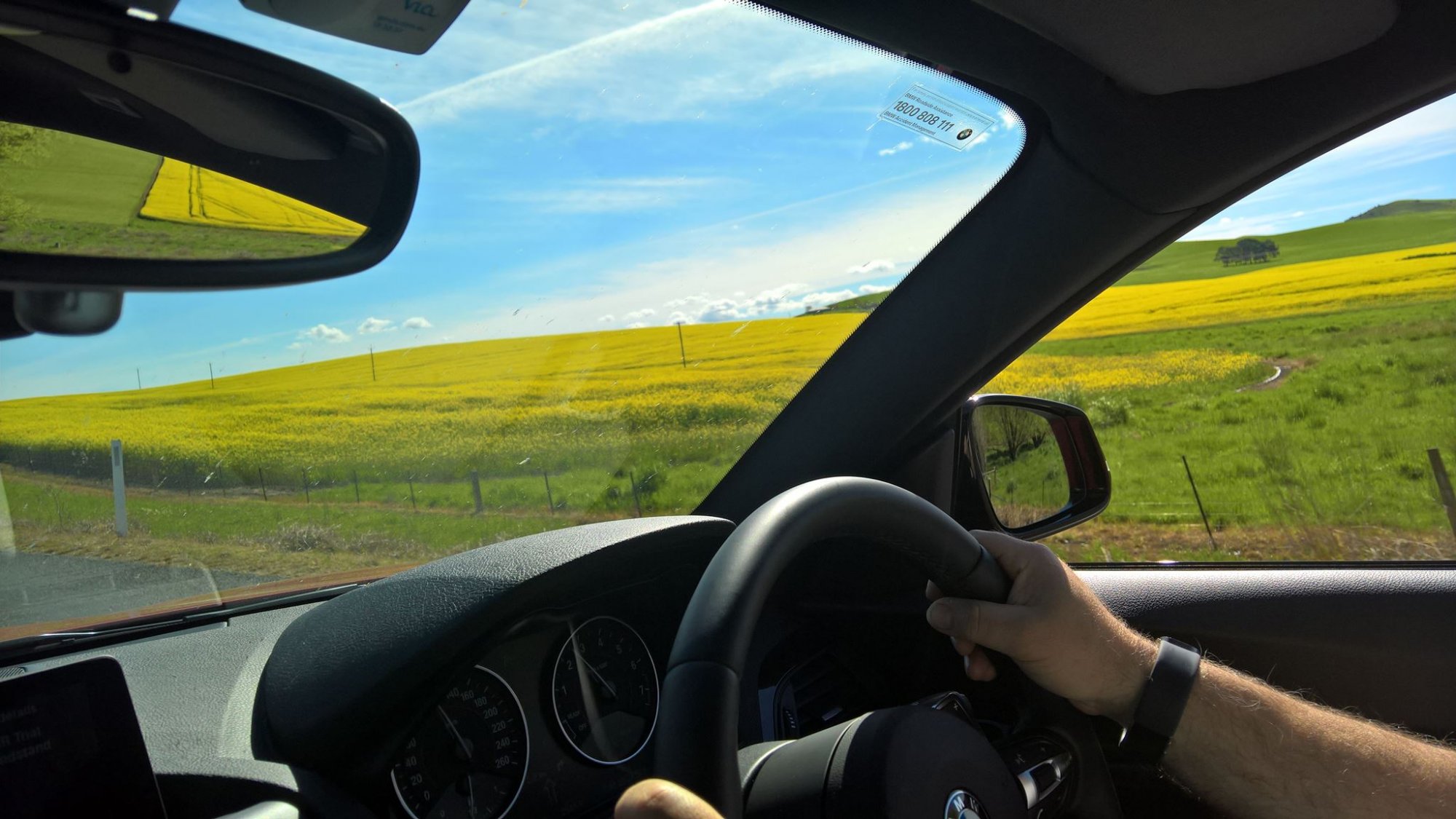 The King Valley is famous for the Prosecco Road that stretches south from Milawa. Prosecco, a sparkling wine from Italy’s northern Veneto region, is light, bubbly and fun and not nearly as serious as sparkling wines produced through a traditional méthode champenoise. In other words, Prosecco is only fermented once, rather than twice, leaving it with larger bubbles and a fruitier taste. Partly because of this and because it is an Italian rather than a snooty (sorry, more well recognised) French variety, it has traditionally been perceived as the cheaper cousin to champagne-style wines. But tastes in Australia are changing, and consumers are increasingly being drawn to the lighter, sweeter style of Prosecco. Well, I like it – on its own or as part of a peach Bellini cocktail.

The most iconic Prosecco producer in the King Valley is Dal Zotto Wines, Patriarch Otto Dal Zotto was born in the Veneto region and pioneered the popularity of Prosecco in the area, so it is unsurprising that there are five Prosecco wines on the tasting menu. I was drawn to the light and happy King Valley Pucino Prosecco 2015, which has won awards in China. I also enjoyed their white Garganega 2015, which had paired nicely with a light frittatine dish we had eaten the night before at our accommodation, Casa Luna. The boyfriend gravitated towards the 2014 Sangiovese and the 2014 Barbera 2014. 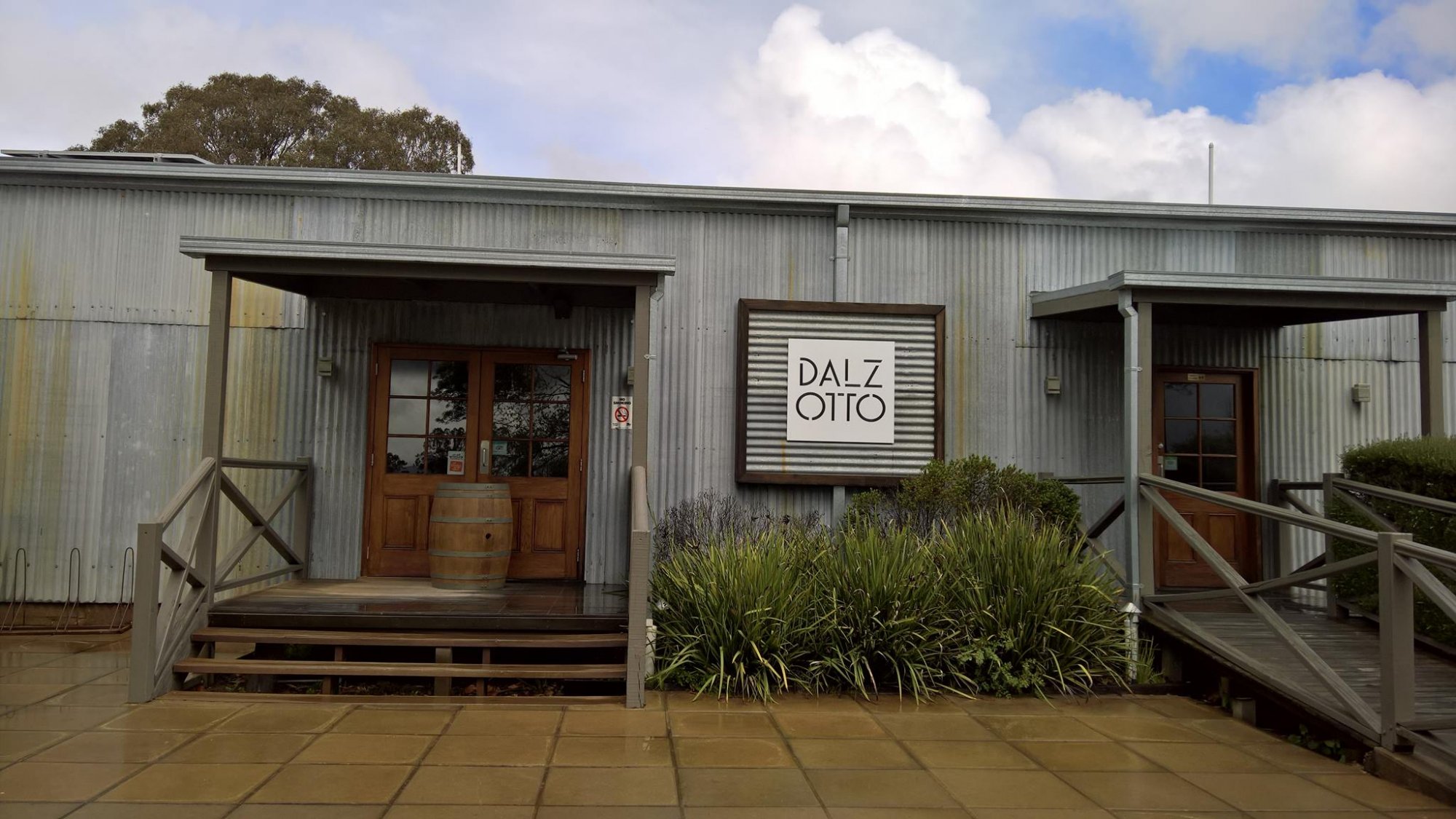 The reds in the King Valley are not at all overshadowed by the Prosecco emphasis, with a variety of easy drinking Italian varietals such as Sangiovese, Barbera, Nebbiolo, Dolcetto and experimental varieties such as the Georgian Separavi. Many of these varieties pair nicely with Italian food, perfect for impromptu gatherings with good family and friends. This is wine to be enjoyed rather than pondered over. 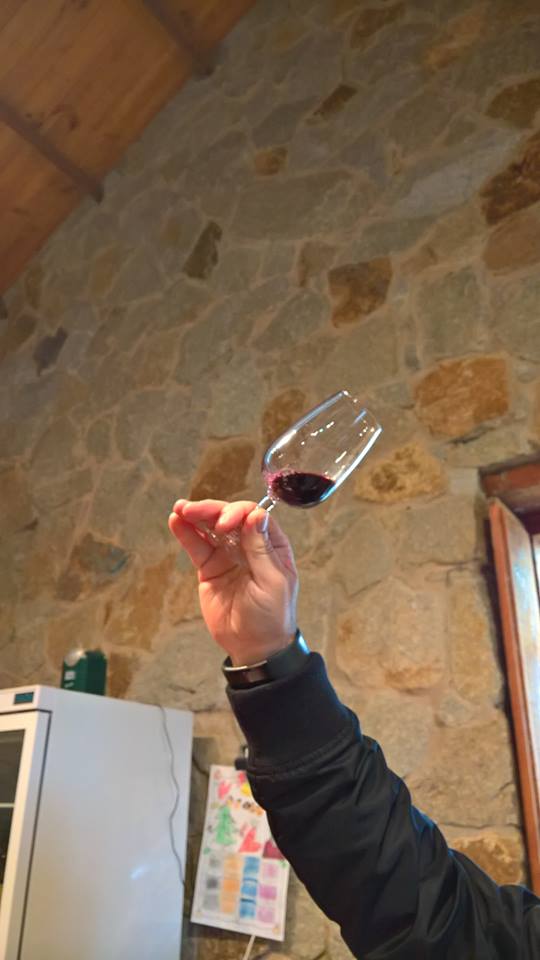 A good example of a winery producing drinkable wines is La Cantina, which prides itself on producing Italian home-style preservative free wines. Patriarch Gino Corsini, from Tuscany, originally grew tobacco on his farm before growing grapes for Brown Brothers. He made wine on the side for domestic consumption, which he fermented without using preservatives. When his daughter married in 1992 she asked him to serve his wine at the wedding. “Dad’s wine was all in odd flagons,” said son Peter when we met him in the Tuscan-stone tasting cellar. “So we decided to put them in bottles and stick on a label to serve at the wedding. There were some guests who would usually have a reaction to preservatives in wine, but they were fine after drinking Dad’s wine and they liked it so much they kept asking to buy it.” 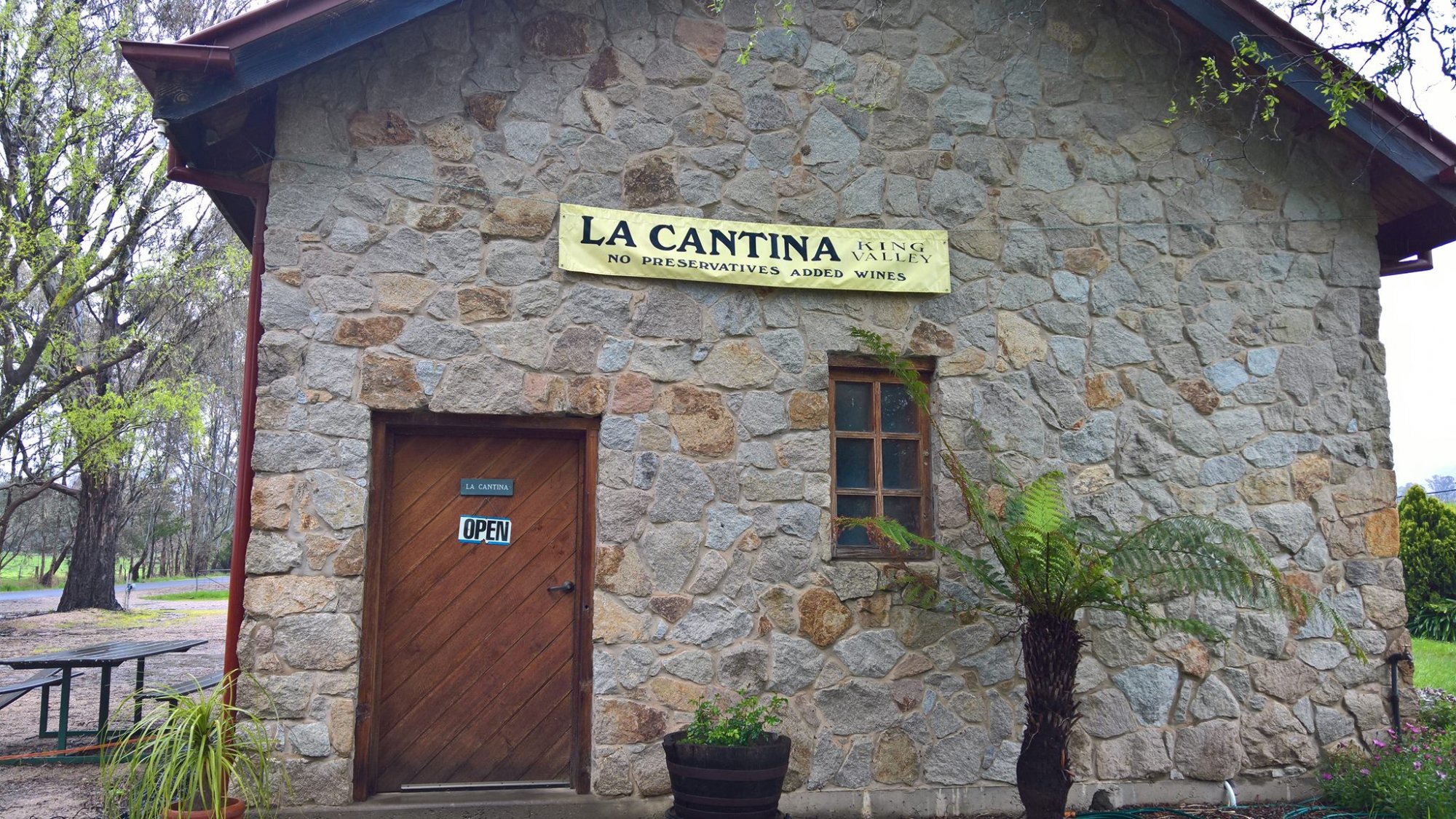 If you are a serious wine enthusiastic who appreciates a traditional style of wine to add to your cellar definitely follow the road less travelled and make an appointment to visit John Darling at Darling Estate. John’s father, Guy Darling, planted the first commercial grapes in the King Valley in the 1970s. He produced wines in a classic French style, many of which have been cellared and are reaching optimal drinking age. Not that you will find much hype about that. 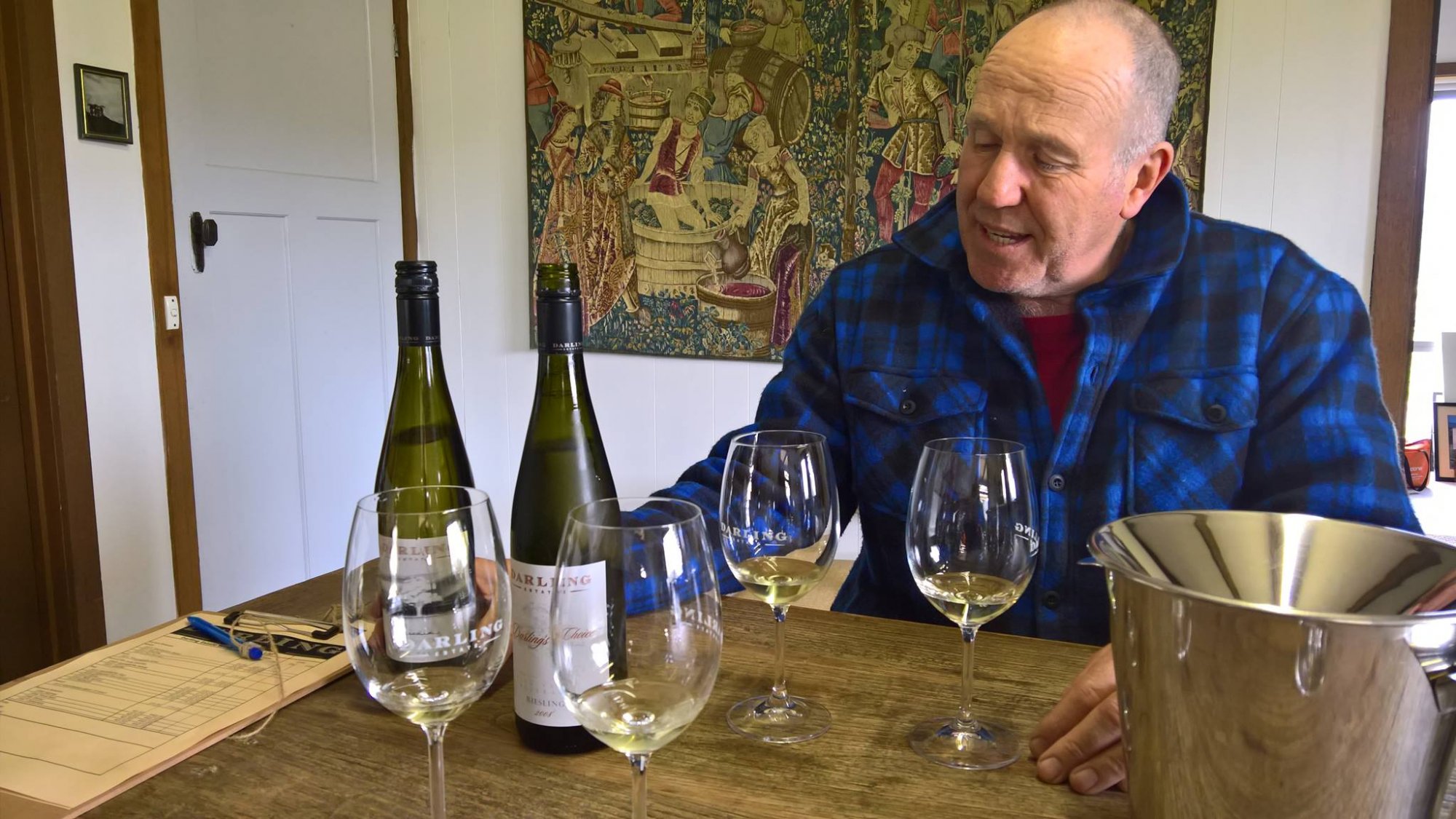 Tasting wines and chatting with John Darling at Darling Estate

“Dad was a great winemaker, but not really into marketing,” said John, who returned from Taiwan and China to take over the business after his father’s death in 2010. John welcomed us into his front room, and shared with us wines he liked while commenting on the particular vintage and styles. He kept fetching more wines and so in the end we tasted quite a few. We felt honoured to experience such intimacy with a winemaker who clearly loved his winery’s wines. And Darling Estate’s wines are seriously under-priced for their quality, complexity and age. We were impressed in particular by its 2011 and 2008 Rieslings, 2003 Gamay, the 2008 Shiraz and the 1996 and 1997 Cabernets. 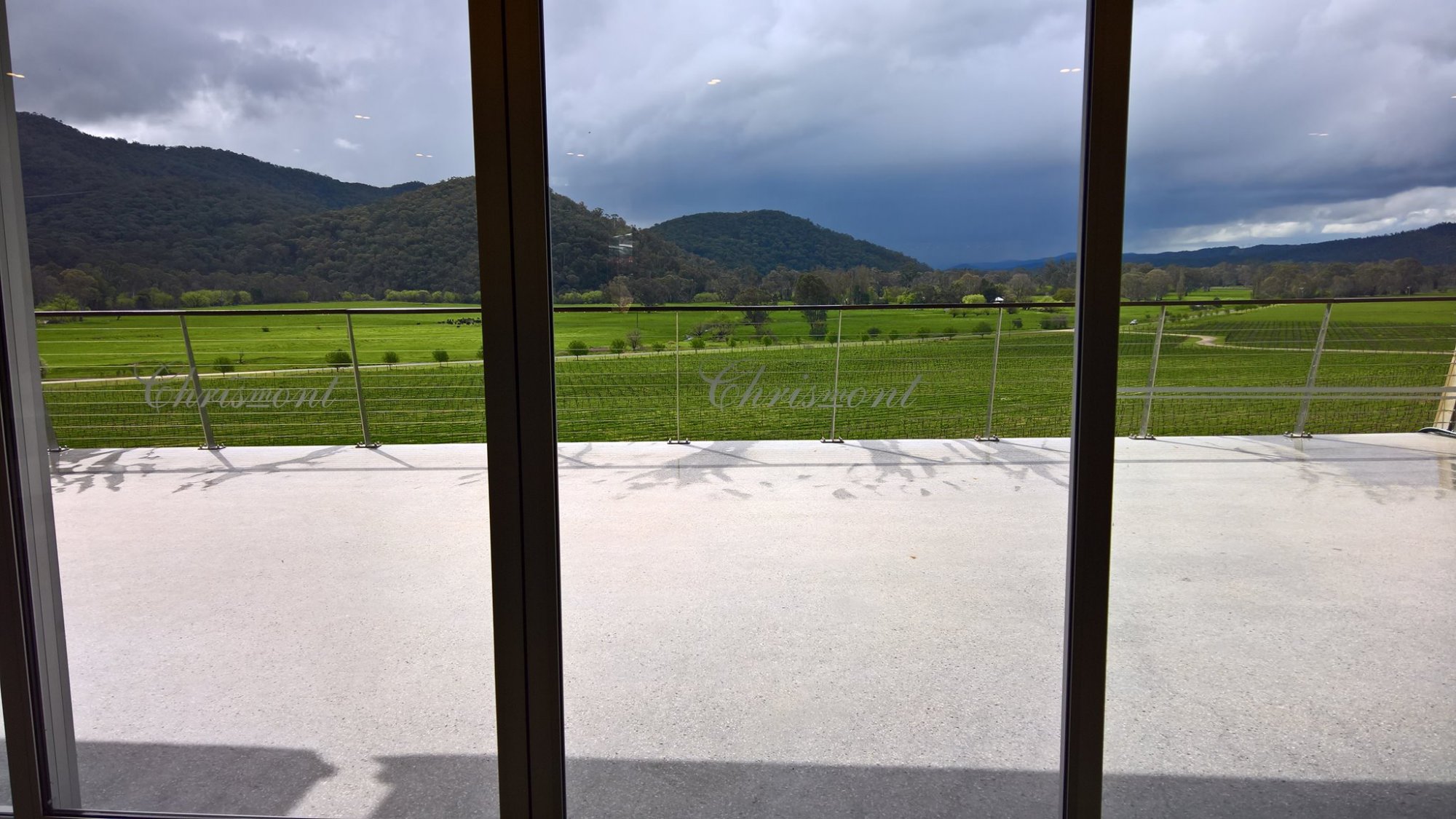 Looking out the balcony from Christmont

We stopped for lunch at Christmont, which has invested in a restaurant, larder and tasting complex (not to mention a guest house) and serves lunch for large numbers, including weddings. The wine is influenced from the northern Italian region of Patriach Arnold Pizzini, but the restaurant draws on the Sicilian heritage of daughter-in-law Jo Pizzini. The venue is somewhat confronting at first with white and minimalistic décor, set on a hill overlooking rows and rows of vines. But the food, while in the mid to upper price bracket, is warm and inviting retaining Sicilian simplicity. We chose some antipasto-style dishes, which we enjoyed with a smooth La Zona 2014 Barbera, selected on Jo’s recommendation. We took the leftover bottle home to consume with our first meal back in Canberra, fashioned from frozen bolognaise. The wine transported our ordinary spag bol to a new, regal level. Ah, memories of the King Valley and La Dolce Vita.