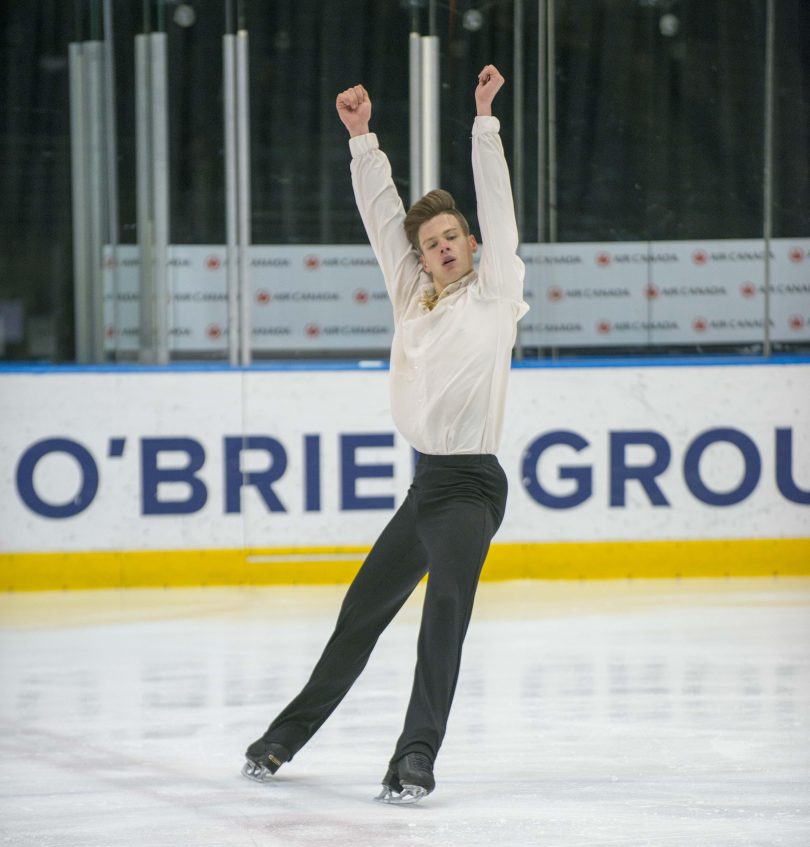 For local figure skater Callum Bradshaw, facing competitors on the rink is not half as bad as the battles he has to face when he steps off it.

Competing in a female-dominated sport in Australia, people would often question or poke fun at the teenager, who chooses to spend his spare time on the ice rink practising graceful pirouettes and 360 jumps while wearing tights.

But after recently returning from Slovenia where he represented his country at his first ISU Junior Grand Prix, all the odd glances and remarks he received seem worth it.

“When I was younger, certain people would laugh about my decision to become a figure skater but all my friends have been supportive of me,” Bradshaw said. “There are not many male figure skaters in Canberra, which is something that I would like to help address.

“I would love to get more boys to get involved in the sport and to get rid of the stigma that it is a feminine sport. It can be a manly sport but you have to embrace your feminine side when you are presenting.” 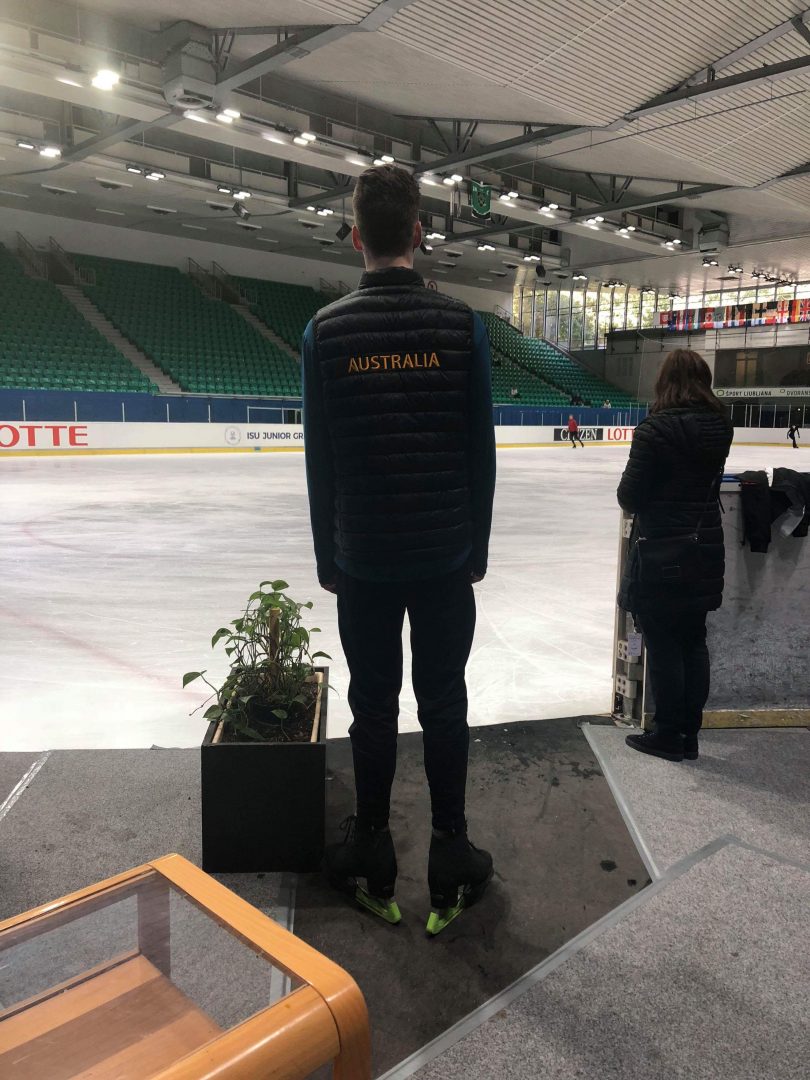 The former Adelaide boy grew up playing several sports before he decided on figure skating. The decision to choose which sport to pursue was a simple one – what do I enjoy more?

“My mum was always a big fan of the sport, even before I was born, so I guess she wanted her kids to grow up skating,” he said. “19 years later I am here, and I love the sport which has given me so much and taught me a lot of life lessons.”

Bradshaw moved to Cooma when he was in high school so he could be coached by Miriam Manzano-Hammond – a seven-time national champion and renowned international competitor. With the closest rink in Canberra being the Phillip Ice Centre, his years in Cooma saw him make the hour-and-a-half trek to Canberra to continue the sport he loves. But the commitment came easily for him.

“I have been with Miriam for six years now, and every year we have developed together,” he said. “At the beginning, we weren’t skating that often because we had to travel so far but in the last three years I have been really knuckling down and training three to five times a week.” 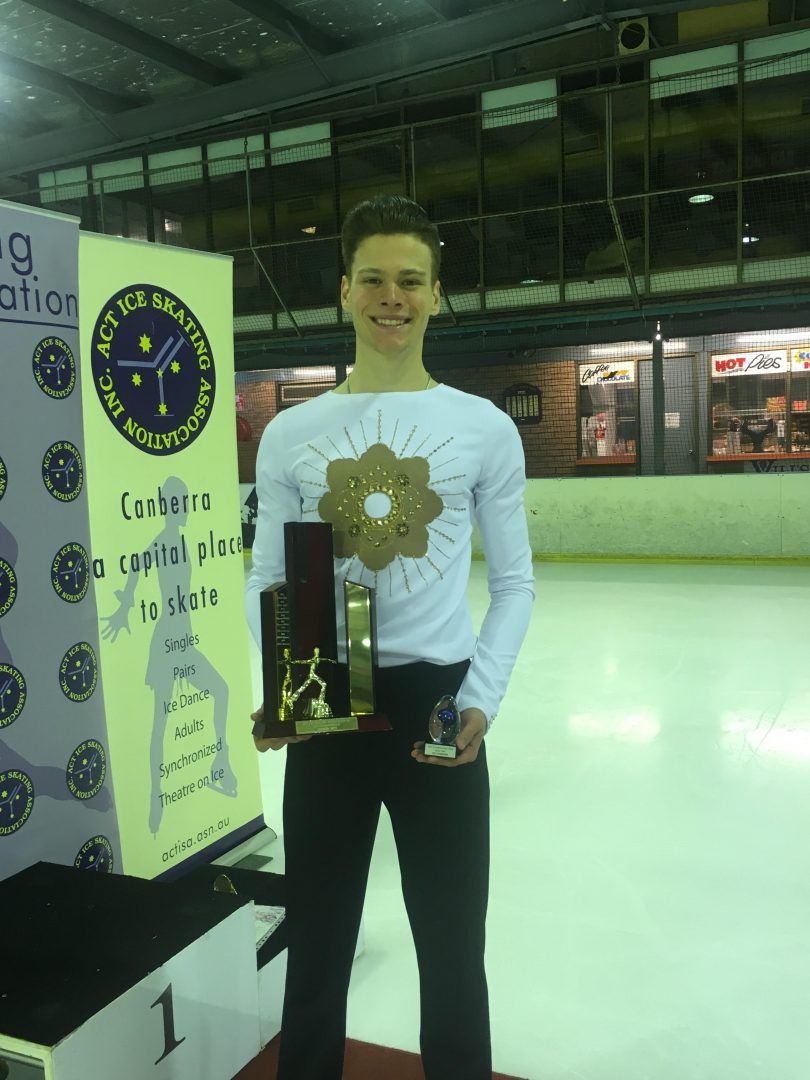 He has already established himself as ACT’s best and after representing Australia at ISU Junior Grand Prix, he now wants to make the leap into adult competing. While the Grand Prix was a steep learning curve for the youngster, and while he walked away not having performed his best, it is just another step in his journey to becoming the best figure skater he can be.

“It was my first time competing overseas and it was amazing to compete in a different environment against these fantastic athletes around the world,” he said. “My performances were not what I was looking for but it is another experience going forward. I am now extra motivated for nationals which are a little over a month away and I am looking ahead to competing again.”

Great work Callum! Men’s figure skating is a tough sport (just ask Kurt Browning or Brian Orser), athletic but graceful and a delight to watch. Best of luck for the future ⛸🥇

chewy14 - 7 minutes ago
Once again the ACT government has been forced kicking and screaming into doing something they should have always been doing i... View
News 1

Brianna - 8 minutes ago
This is going to be a disaster for so many vulnerable people who live in the city and it's closer surrounds. I know for a fac... View
Business 10

phydeaux - 36 minutes ago
Agree, chewy. Perhaps it is not a warm concern for the availability of rental properties that drives some investors but a fea... View
JS9 - 2 hours ago
In what world should a tenant have to provide a reason to leave? If they break during a fixed term contract they have require... View
nobody - 2 hours ago
People should care about getting their own place. View
Property 8

Peter Hatfield - 39 minutes ago
We bought one of the Pettit designed flats in one of the blocks near the Hawker shops. These are a great example of late sixt... View
News 36

Jaffa Groube - 41 minutes ago
The govt has not made a case for lowering the speed in the first place and to do so on major thoroughfares like North borne A... View
jcjordan - 2 hours ago
Given the complete lack of care in the majority of drivers because they know that the likelihood of them being caught speedin... View
Steve Aust - 3 hours ago
Just avoid the CBD. Easy. View
News 41

@The_RiotACT @The_RiotACT
You can hit the shops from Friday with the ACT Government announcing the resumption of retail trade. The outdoor mask mandate will also be dropped from 29 October, along with a host of other changes https://t.co/Th0Bdd4bq3 (34 minutes ago)