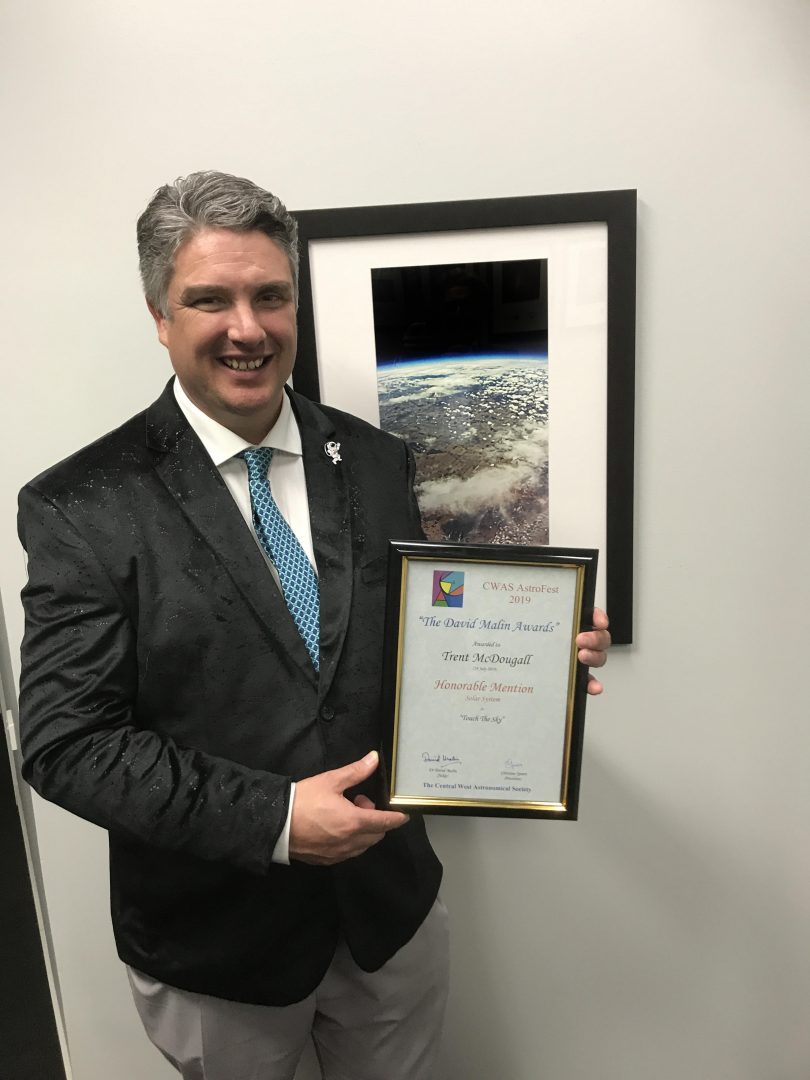 Trent McDougall’s got his head in the clouds and loving it. Photo: Supplied.

Canberra amateur photographer Trent McDougall developed an obsession for space overnight thanks to his star-struck wife.
The Defence business analyst and ex-Navy man was away at sea when she went to an open night at a Sydney observatory. When he returned she told him, “You’re going to love this.”
Non-plussed, he did agree to accompany her to the next event. “I go and I’m hooked,” says Trent.
That was 2008, and since then he has become a volunteer engineer for Mars Society Australia and true believer in a manned mission to the Red Planet and would even like to work for the fledgeling Australian Space Agency.
He has also turned his camera skyward, winning a category in the David Malin astrophotography awards at his first attempt in 2012 and this year an Honourable Mention for Touch the sky in the Solar System category, which shows the curvature of the earth and its thin blue line. 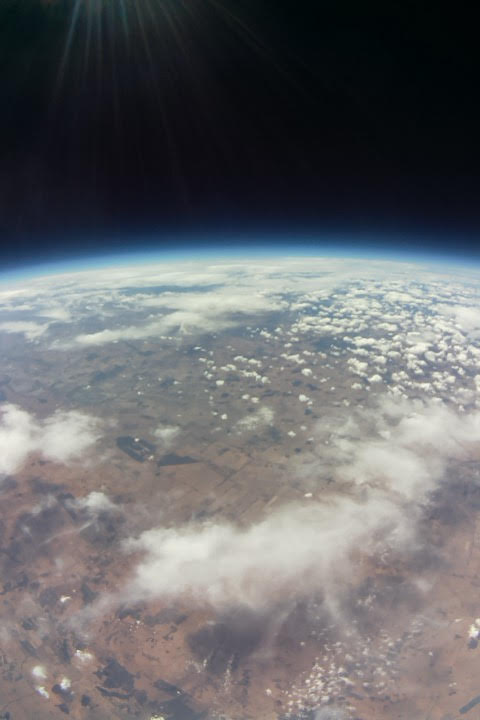 Less interested in aesthetics and more focused on the equipment and enabling process, Trent designed his own fish-eye camera and hitched a ride with Mars Society Australia to mount it on a high-altitude balloon launched from West Wyalong in March.
“This image represents decades of perseverance and a little bit of luck,” he says in his caption. “This shot was taken from 29km above Earth and demonstrates what is finally within reach of the amateur.
“I wanted to share a Solar System image that would be hard to match and represents the edge for the amateur astronomer, albeit achieved in daytime.”
Judge David Malin recognised that lack of aesthetic but also the innovation and work behind the photo. “It’s cruddy but it’s fantastic,” was the judge’s verdict, recalls Trent, laughing.
The Central West Astronomical Society (CWAS) hosted this year’s awards ceremony on the eve of the 50th anniversary of the Apollo 11 Moon landing beneath the grand CSIRO Parkes Radio Telescope.
The success at the awards has been tempered by the theft of his camera gear, a 3-D printer and his wife’s jewellery in a break-in at their Downer home.
But undeterred, he already has an idea gelling for next year’s awards that may take him back in time to the Kimberly in north-west WA.
Trent wants to connect the light that originated from the centre of the galaxy 100,000 years ago with a fossil of the same age here on earth.
“I’d love for it to be a Canberra place but I don’t think we have that age [of fossil] here,” he says.
Trent believes human habitation and the history of Australia are going to be important in the composition, and something he has to get right.
He’s going to need help from geologists to find the right rocks, and admits it’s a long way to go for just one photo.
It’s a crazy idea and the wife is going to hate it, Trent says.
But this space stuff was her idea in the first place. “That’s what I keep telling her,” he says.
Tags David Malin astrophotography awards defence downer Mars Society Australia Trent McDougall West Wyalong