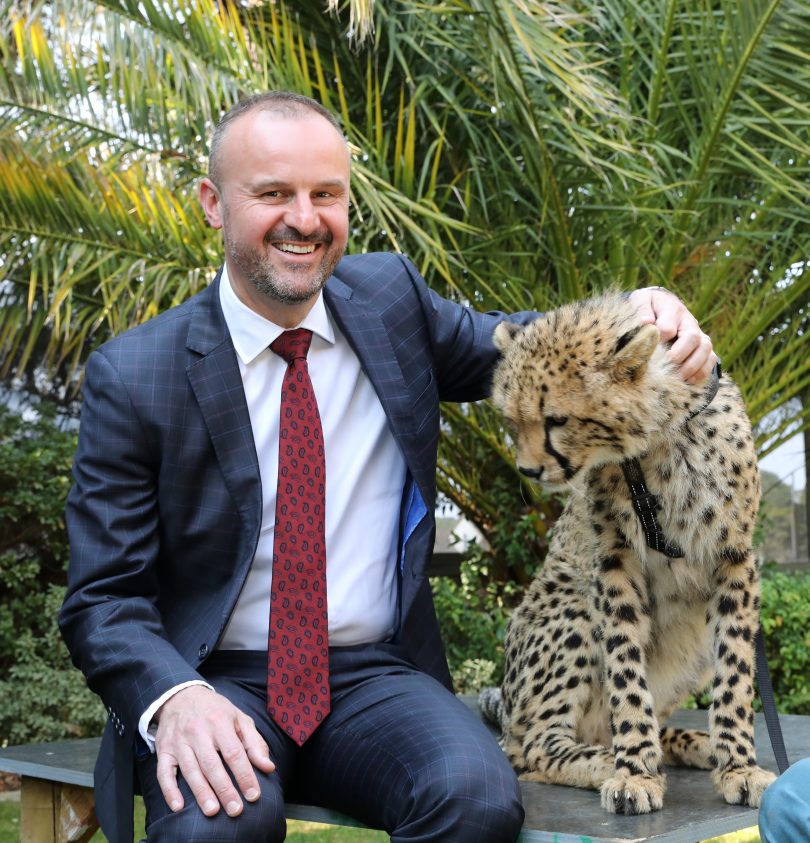 The ACT Government could take an equity stake in the National Zoo and Aquarium to help keep the business afloat during the pandemic, Chief Minister Andrew Barr said as Canberra’s tourism sector continues to flounder.

The government could also potentially acquire stakes in some of Canberra’s biggest tourist attractions – including the Canberra Reptile Zoo and the bird aviary in Nichols – to help prevent serious animal welfare issues arising should the businesses topple over.

“We are potentially in a situation where we may need to take equity in some businesses in order to preserve the welfare of animals, but we will work very hard to ensure that the measures we undertake, combined with those measures undertaken by the Australian Government, are able to avoid that situation,” Mr Barr said.

“But in the case of the zoo, I am very conscious of the animal welfare issues associated there and if it is necessary for the Territory to assume some of the costs and some equity in that business in order to get it through this period we would be open to that.”

Mr Barr stressed this would not be a Territory’s remake of We bought a zoo.

“I do not think we want to come out the other side of this as the total owner of all of those assets,” he said.

“But I do recognise the importance of both the [economic] hibernation process and the extent to which both Federal and ACT Government can support that through tax relief,” Mr Barr said. 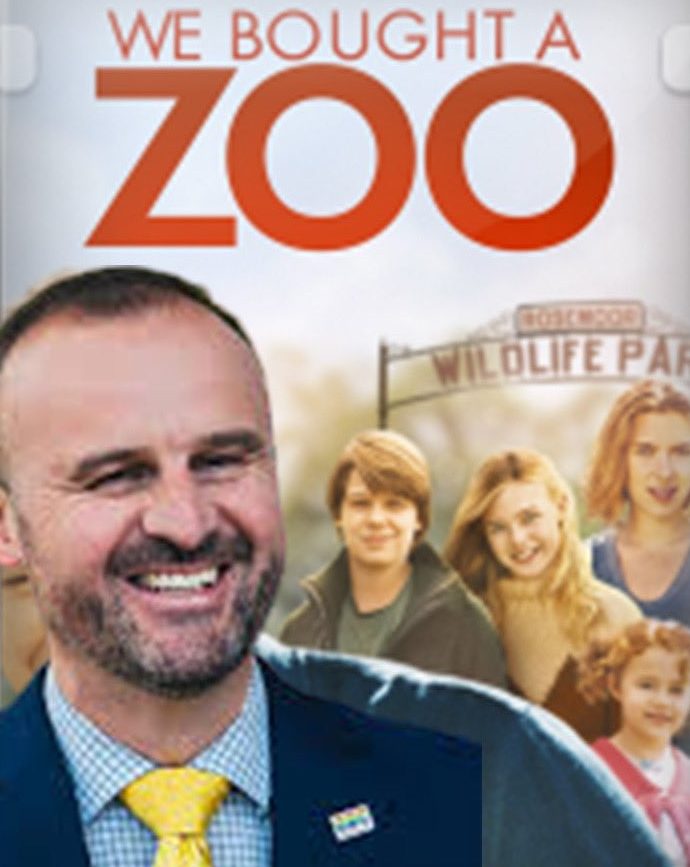 Mr Barr said the Territory would not look to take ownership of the zoo and aquarium. Photo: Fleta Page Twitter (@FletatheTweeter).

Airlines have recently been the target of a large bailout package and there are calls for the Federal Government to take an equity stake – or even nationalise – Virgin Airlines.

The National Zoo and Aquarium closed its doors last week because of the COVID-19 crisis, but many zoos and wildlife sanctuaries around the country and overseas have moved to online live streams and virtual tours of their animals and enclosures.

But with no tourists and increasingly strict social distancing and lockdown measures, many businesses in Canberra and the surrounding region are starting to struggle.

“There is no prospect in the short term for there to be any domestic tourism industry in Australia and in the longer term it is unlikely that we will see borders unlocked any time soon in relation to international tourism,” Mr Barr said.

Businesses that have been completely shut down fall into the third category of the ACT’s new economic stimulus package, activating a range of economic measures to help defer payments and provide rebates as part of both the National Cabinet’s ‘economic hibernation’ strategy.

The hibernation strategy (which may include banks deferring loan payments for six months interest-free), is designed to help businesses through the worst of the shutdown so they can then ‘thaw out’ and trade when the pandemic is over.

But unfortunately, not every business was going to make it through this period, a candid Mr Barr told the ACT Legislative Assembly.

“I do want to be frank with everyone, not every business is going to survive this. There is no level of government support, Territory or Federal, that can save every single business during this once-in-a-century economic and health crisis,” he said.

“But whatever we possibly can do, within reason, we will do.”

Looks like we need social distancing at zoos, too –

Good to see the government stepping in with support on this. In other news, I could t help myself...... Andrew Exotic - ACT’s own Tiger King.... 🐅 🐅

Laurence Kain I was there.

Too expensive to go there.

“…..to help prevent serious animal welfare issues arising should the businesses topple over.”

A fairly compelling argument for special treatment, but perhaps (if this is not already being done), there could be a public appeal for donations which would, of course, be guaranteed to go fully and directly to caring for the animals, with any shortfall in vital funds topped up by the ACT Government.

With appropriate auspicing (via the RSCPA, perhaps?) the donations might be made tax deductible, which should assist in opening the wallets and purses.

Amy Southwell im not saying anything 🤣🤣🤣

As the article says, it’s is more about the welfare of the animals. I imagine the National Zoo and Aquarium would be currently struggling to cover the costs of animal food and care to the current high standard. I imagine a large part of this cost is covered normally by Jamala Lodge.

Lynne Audsley the gov should help out just like they bailed out qantas..... free

we certainly cant lose them

I hope we don’t loose these tourist attractions

chewy14 - 47 minutes ago
Nobody, Except no one is saying that wind and solar are the only renewable technologies available.... View
Capital Retro - 48 minutes ago
In the meantime I will be storing petrol for the cost of it and the container only so when the lights go out I won't have an... View
nobody - 1 hour ago
I agree the trend is away from fossil fuels, so that all our coal derived electricity, gas derived heating, and and oil deriv... View
Motoring 32

@The_RiotACT @The_RiotACT
22 Canberra suburbs now have million dollar plus median home values. Is yours on the list? https://t.co/qPM3RdCSgB (38 minutes ago)