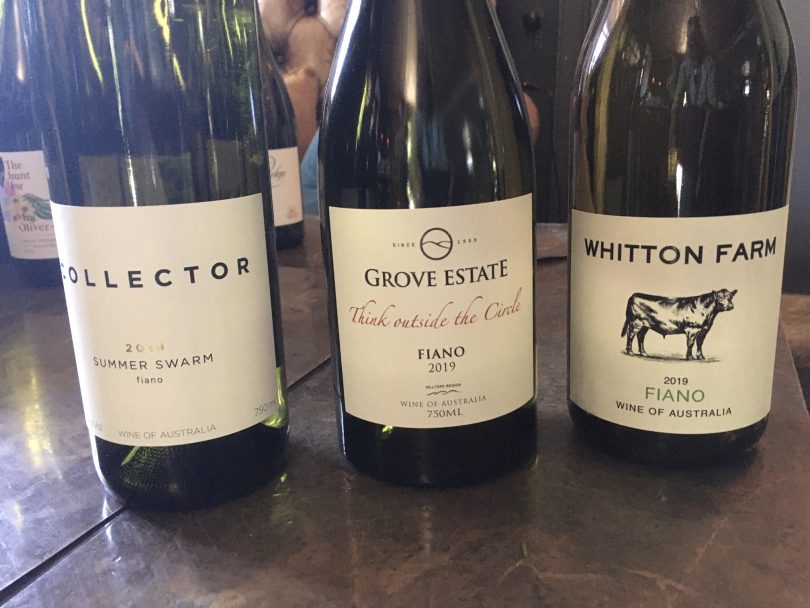 The glasses were clinking in the Whisky Lounge at Jugiong’s Sir George Hotel but they were not malt-filled tumblers. Instead, this atmospheric setting was the venue for a recent wine industry seminar focused on the latest buzz alternative white grape variety – fiano (pronounced fee-ah-noh).

A native of Campania, a region near Naples in southern Italy (where it is formally known as Fiano d’Avellino), this versatile white grape was originally imported and planted in 1985 by Mark Lloyd at Coriole, McLaren Vale in South Australia.

Today there are over 100 Australian producers, including several in the Canberra, Hilltops and Gundagai wine regions.

This fuller flavoured and versatile white wine may not yet be on everyone’s lips (or in fridges), but if the enthusiasm of regional NSW winemakers is any guide, it will be very soon. In fact, one day it might even rival pinot gris.

“Fiano is a versatile and malleable white variety that many winemakers are considering, especially given changes in our climate. I think the Hilltops is just the right spot for it, considering the district’s cooler continental weather and elevated vineyards (of around 600 metres), and deeper loam soils,” says Alex, whose first Collector Fiano was made in 2018.

“It may not matter to wine lovers, but winemakers and grape growers are also attracted by the viticultural durability of fiano. It typically delivers moderate yields, retains acid and can create a range of enticing wine styles.”

That versatility was evident at the comparative tasting, with winemakers commenting on the array of styles ranging from racy aromatic crisp styles (think ripe pears) to fuller, more textural expressions (think honeysuckle and straw). 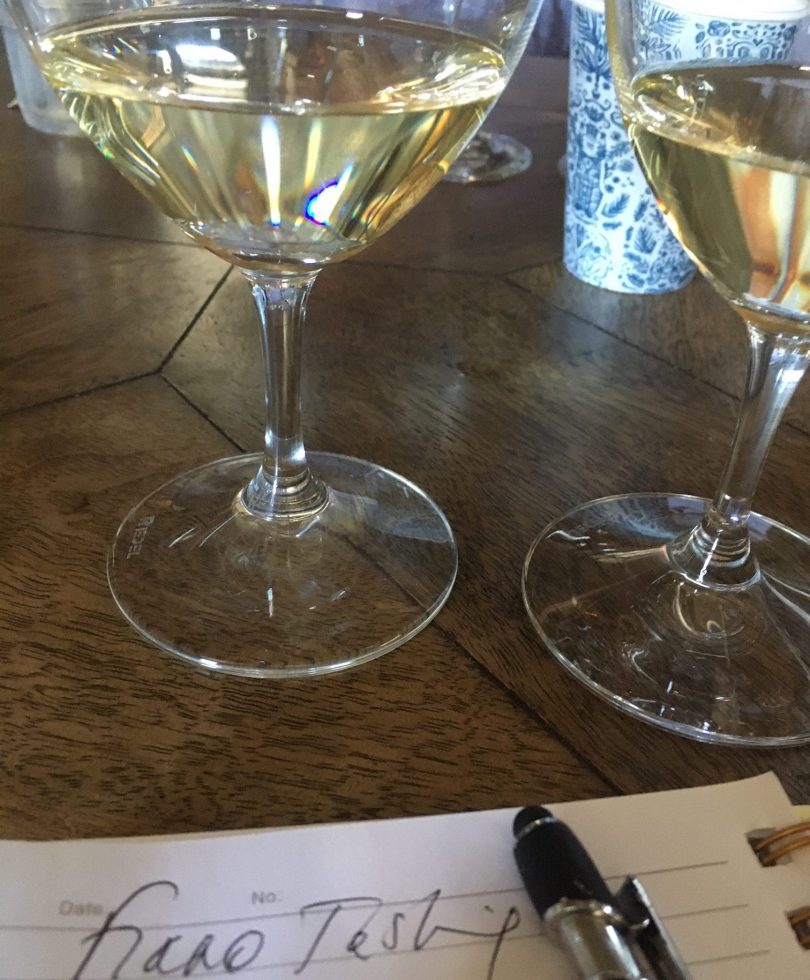 Fiano is a new variety for the Hilltops and Capital region. Photo: Jane Adams.

Paul Starr from Sassafras Wines in the ACT is attracted to traditional ‘ancestral’ winemaking techniques and sees fiano as a winner for these styles too.

“You can definitely make fiano in an Australian dry riesling style, with clean, low-temperature ferments, or take the chardonnay path and do barrel ferments and lees stirring.”

Pioneer NSW Hilltops fiano plantings have been established by Ballinaclash, Freeman Vineyards, Grove Estate and Moppity Vineyards. These vignerons foresee good demand for the variety. Only Grove Estate has released a wine at this stage, but demand from other winemakers for these grapes harvested from their still limited plantings is strong.

The fiano flag-bearer in the Gundagai region is Tumblong Hills, a sizeable 200-plus hectare vineyard established in 2000 and overseen by general manager Simon Robertson. 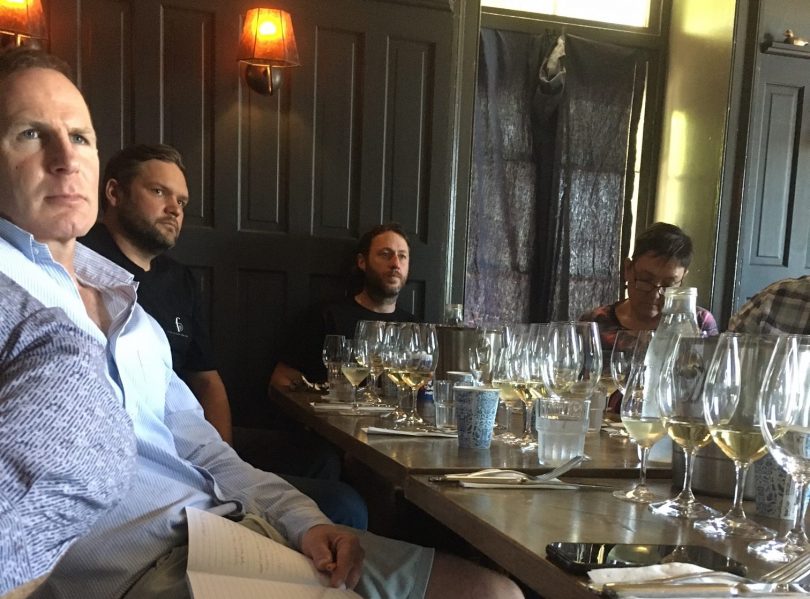 “We grafted fiano onto some 20-year-old pinot noir vines in 2018. It is a relatively easy variety to grow, has big leaves and produces a good canopy, which matters in hotter seasons,” according to Simon, whose father Peter pioneered the original Barwang Vineyard near Young.

The Tumblong Hills Table of Plenty Fiano 2019 is a zingy crisp ambassador for the variety. Its aromatic spectrum encompasses citrus, ginger and jasmine backed by a gentle lingering palate.

If anything, the NSW Department of Primary Industry fiano seminar was a resounding bellwether for the humble southern Italian origin grape, said to date back to the Romans who called it vitis apiana, or ‘vine beloved by bees’. It seems the vignerons of the NSW Southern Tablelands are enthusiastically vested in making sure the delights of fiano create their own buzz far and wide.

Jane Adams is a specialist wine and food marketing consultant and writer who lives in the Hilltops region.