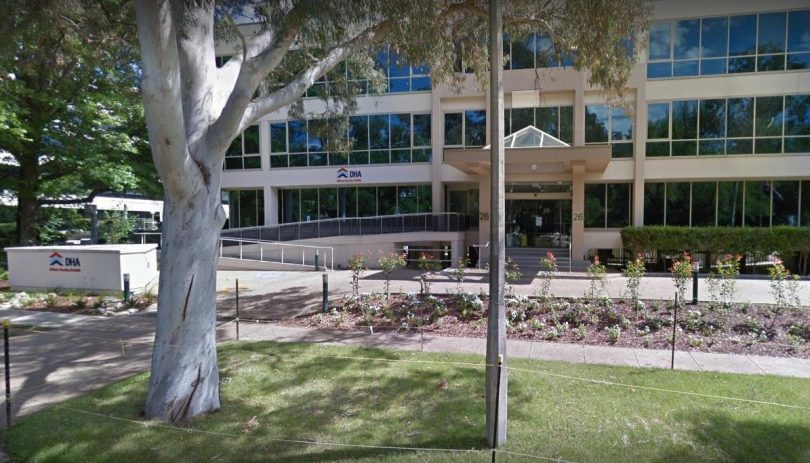 The Gungahlin Town Centre will be laying out the welcome mat for the first Commonwealth agency to relocate there, with the announcement that Defence Housing Australia (DHA) and its 290 staff will move from its present offices in Barton.

Minister for Defence Personnel Darren Chester and Liberal Senator for the ACT Zed Seselja, announced the move today (Wednesday), saying DHA had been selected on the basis that it was the right sized agency, had clients in the region and had leases expiring soon.

“As the housing provider for the Australian Defence Force, DHA offices need to be located in areas where staff can best serve the needs of Defence personnel and their families,” Mr Chester said.

“The relocation will see approximately 290 DHA staff move to offices in the Gungahlin Town Centre, delivering a boost for the local economy and having positive flow-on effects for the wider community.”

The process will begin by DHA going to market this year to assess potential sites for tenancy.

Gungahlin Community Council President Peter Elford said it was tremendous news, and something the GCC had been striving for for many years, and something that would have a really positive effect on the Town Centre and the Gungahlin community at large.

“If you look at the impact of the ACT Government moving its shared services operation out to Gungahlin, that’s been really positive and they’ve had a great experience in moving out there,” he said.

Mr Elford said the agency was a natural fit for the area with a lot of Defence people and Defence housing already in Gungahlin.

Senator Seselja said that with over 22,000 households now in the area and growing strongly, this firm commitment was a vote of confidence in Gungahlin’s economic future.

“Canberra is designed on a town centre model, and we know that the success of our local town centres is significantly impacted by the locations of Government Department offices, as key anchor tenants in the capital. With Gungahlin’s expanding population the time is right for this kind of commitment.”

What happened to the Department of Immigration who had a big fitout above the mall? Surely that was the first Department in Gungahlin?

Should have moved to Townsville where the soldiers are. Another lot could have gone to Wodonga. Now the NBN is rolled out, there is no reason for any office worker to be forced into expensive residential housing ponzies and long commutes.

Plenty of Defence housing in Canberra too. I’m guessing here but would say more than any other city including the likes of Townsville.

Great decision. More government offices in Gungahlin is the right move. Should have done this earlier as per the ALL the other town centres then we wouldn’t have needed the light rail and be up to our eyeballs in debt.

Actually we aren’t up to our eyeballs in debit with light rail, didn’t you hear the rate rises paid for it. Which also isn’t true but let’s not let truth get in the way of anything.

Now frankly I have no issue with this move but re your comments about other town centres they all came from the era of where we would all live work and play in our own little towns. And I gather you comment about light rail is inferring you believe those who work at DHA would all live in Gungahlin. But frankly that planning belief has proven to be a massive failure people did work outside the town centre where they worked, shock horror hey? So as a reason for putting them there I don’t think it is valid. But if the office space is the right price and the DHA needed new offices then why not. And certainly better than propping up snow town (aka the airport) like other larger agencies are doing.

Gee, they will be able to drive to City, use the “park and ride” and catch the tram to Gungahlin.

Where is the park and ride in Canberra City again?

Except that most of those workers were previously in Barton, and would probably live on the south side.

I’m betting they live all over Canberra. I work in Barton and it seems to be an even mix.

Josh Salmon - 1 hour ago
Not as long as our fellow "Ken Behrens" keep voting in the short bald guy 😂 View
Josh Salmon - 2 hours ago
Ashley Wright Maybe in a normal world, yet the ACT light rail is less frequent and slower than the current bus network (eg. W... View
jms253 - 2 hours ago
Wait, people are only now starting to realise the tram is slower than the bus routes and a waste of money and it would have b... View
News 21