I generally have an aversion to restaurants and bars that seek to capitalize off Buddhism, but I make an acceptation for The Hungry Buddha, a Nepalese restaurant that has established a following at the Curtin shops and which has now opened in Belconnen.

I make an exception because this place is the real deal. It may not be perfect, nor are all of its dishes actually Nepalese, but it feels authentic. 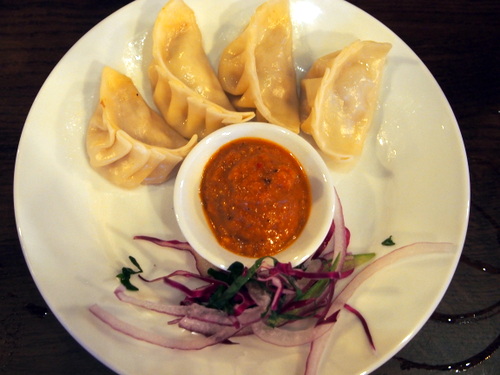 I attended an opening night function along with a handful of food bloggers and reviewers and a larger group of family and community members. The Hungry Buddha appears to have been embraced by the Nepalese community, and it was a relaxed family-style event. The restaurant itself, decorated simply in muted grass green with foliage and jars of spices, is upmarket enough to be pleasant yet casual enough to make you feel like you could bring the whole family (which in my case I did). 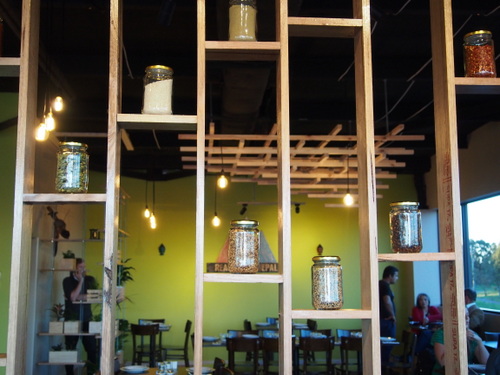 I loved the spice jars on display 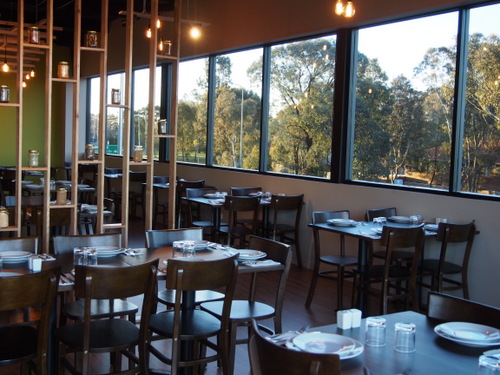 Owner Lachhu Thapa’s family was there, including his wife, five-month-old baby, and mother. Indeed, if I had to summarise the vibe of this restaurant, it would be one of family. Not all menu choices are family friendly, but I felt as if I was in a warm embrace. 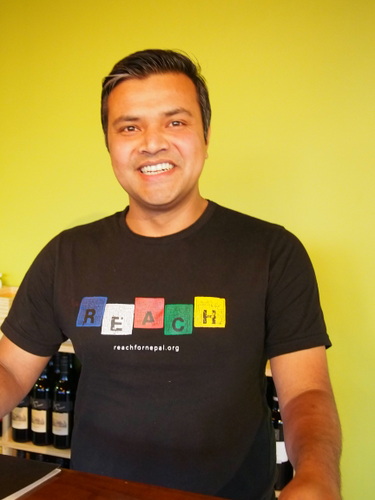 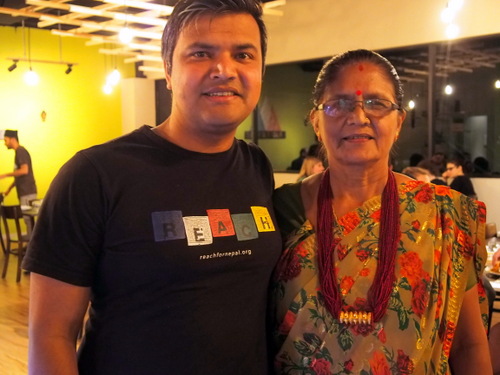 With his obviously proud mum

I couldn’t resist starting with a serve of mo mo, Nepalese style chicken dumplings served with homemade tomato pickle ($9 for four in a serve). These were soft skinned and with a slight spice kick inside. I ordered these for my kids: one of them loved them (but reached for a glass of water, while the other found them too spicy. We also ordered naan bread with tomato pickle ($7.50). Again one child liked it, the other didn’t. Our third entrée was a small serving of fried corn (makkai fry, $8.50). I thought this was surprisingly and disappointingly small, but it was nice as a condiment to go with the other dishes rather than a stand-alone dish. 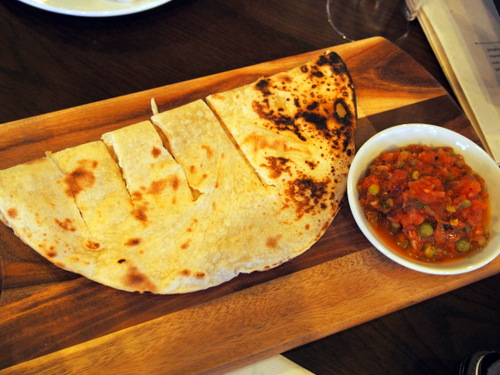 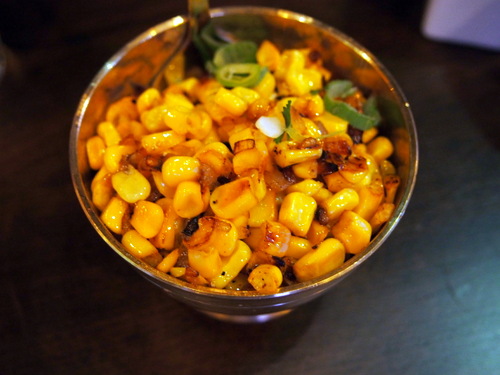 We had wanted to try predominately Nepalese dishes, but several of the dishes served were actually Indian including a rich red butter chicken prepared with lots of cream ($19.50). This was made for being mopped up with naan bread ($7.50 with a serve of homemade tomato chutney). If you or your kids like butter chicken, this is a winner.

Actually to be fair, many of the dishes served were Nepalese, we just didn’t know what they were. Part of the confusion was that there were a few incorrect descriptions on the beautiful menu. I stopped to admire these because they were made from handmade paper. The menus are being reprinted to correct errors. 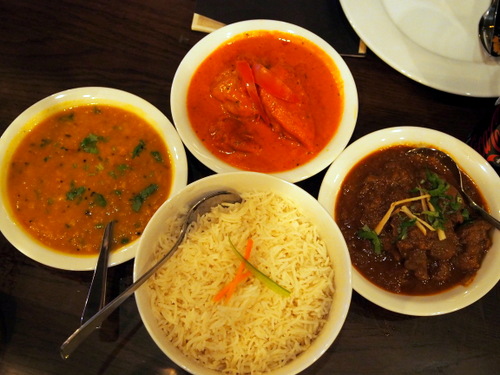 A selection of boneless lamb, butter chicken and daal

My favourite dish (not on the menu, or at least incorrectly noted on the menu) was bheda ko masu ($19.50, boneless lamb with tomatoes, coriander and bay leaves). This was rich and inviting, with a satisfying gravy I wanted to enjoy with seconds and thirds. I also enjoyed the red lentil daal bhat ($24 with rice and a choice of meat). I was a bit confused about how the meat combinations worked with this – is it with another curry? In any case, this is a mild dish that works well as an accompaniment.

Because we enjoyed the lamb so much and wanted to try more Nepalese dishes, we requested a dish of khasi ko masu ($20, essential a goat curry). We had high hopes for this but somehow the flavour was not as deep and rich or inviting as the boneless lamb.

I was invited to a special opening night when the restaurant was only half full. I had to hail the waiter a few times, but everyone was friendly and happy. (Check out the T-shirt – the restaurant supports the REACH for Nepal Foundation that supports Nepal to rebuild after its devastating earthquake). A friend recently complained about the length of wait times; I assume there are some glitches in these early days. 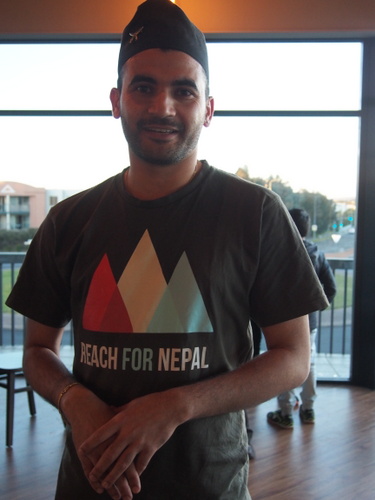 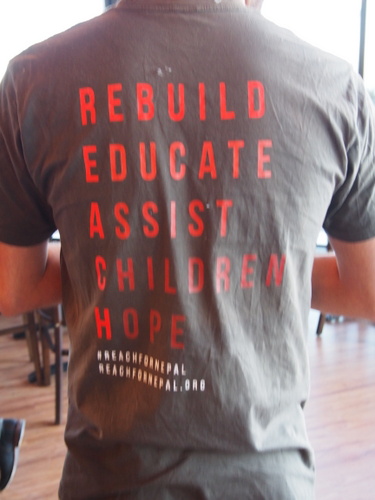 Still, if you are not time pressed and want to enjoy a casual, relaxed evening with family and close friends, this is somewhere to try. And while there you can also dream of your next Himalayan adventure holiday, because owner Lachhu Thapa also runs The Buddha Odyssey travel company.

What: The Hungry Buddha, Belconnen
Where: 9/8 Luxton Street, Belconnen (at the roundabout above Swimart, opposite Kingsley’s Chicken)
Opening hours: 5pm till late, seven days a week
Website: http://thehungrybuddha.com.au