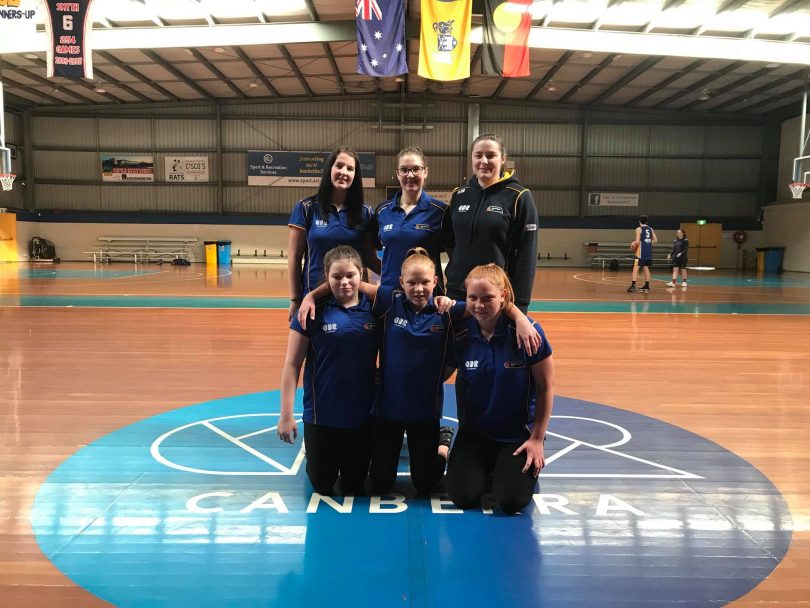 After winning Silver in 2017 and a Bronze medal at the Ivor Burge Championships this year, five players from the ACT’s Ivor Burge team will head to Melbourne this weekend to take part in the Australian Pearls Camp.

The Pearls are the Australian Women’s Basketball team for players with an Intellectual Disability. Brittany and Taylor Anderson, Louwanna and Tallera Sheridan and Aeysha Williams have been named as part of the 22 man-squad.

“To get selected to the Pearls camp the girls had to play quite well at the last Ivor Burge Championships,” said Skidmore. “The girls proved themselves on the court and showed that even though they are kids, they can compete against women.”

Those selected into the final team will get to compete at the 2019 INAS Global Games to be held in Brisbane next October. 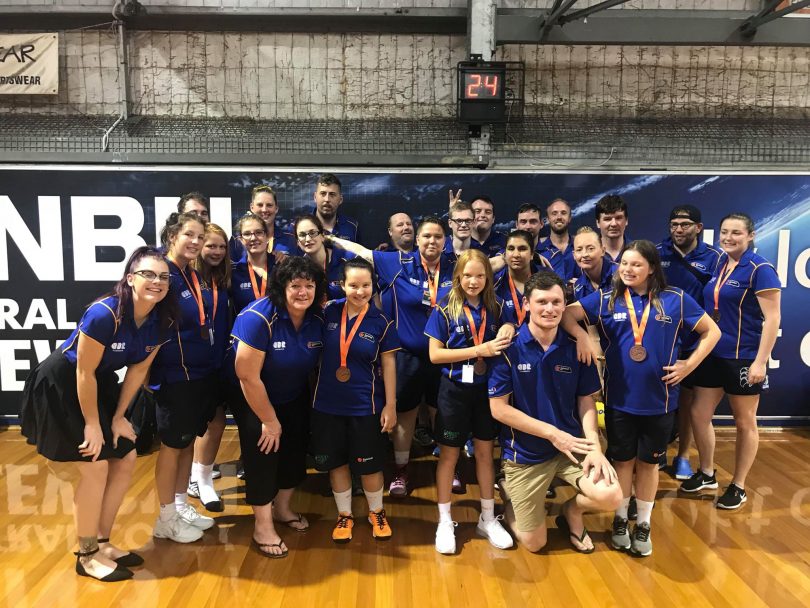 The INAS Global Games are the world’s biggest sporting event for athletes with an intellectual impairment and will see athletes from all over the world compete across nine separate sports.

“The Pearls Camp is based on 3×3 because the women play 3×3 internationally and at the INAS Global Games so it will be good for the girls to be exposed to that,” said Skidmore.

Excited about the prospects of the girl’s future, Skidmore will also be looking to use the Camp as an indicator to see where the team is at ahead of the 2019 Ivor Burge Championships which Basketball ACT is co-hosting with Basketball Australia in February.

“We’re co-hosting the Ivor Burge Championships next year which is exciting,” said Skidmore. “I have a good indication of where the team fits in comparison to the competition so we’re looking forward to playing on home turf next year.”

For Skidmore, the opportunity to attend the Camp shows that there is a pathway for athletes with an intellectual disability.

“The future is definitely promising for Basketball in the ACT for people with an intellectual disability!”

Steph Hamleed - 3 minutes ago
Melanie Leedham bring the kids to this View
Sarah Handley - 40 minutes ago
Meredyth Wendel how will the cygnets cope lol View
nobody - 1 hour ago
Who in their right mind thinks all 10,000 plastic ducks will be recovered? View
Lifestyle 23

JC - 46 minutes ago
Correct death rate has not been the same as the flu. For one reason and one reason only and that is because we have restricti... View
JC - 53 minutes ago
It’s been standard practice through the pandemic. Rightly or wrongly. View
Maya123 - 1 hour ago
Twas always the way. I have seen an old death certificate where a long term medical condition was mentioned, but the cause of... View
Opinion 45