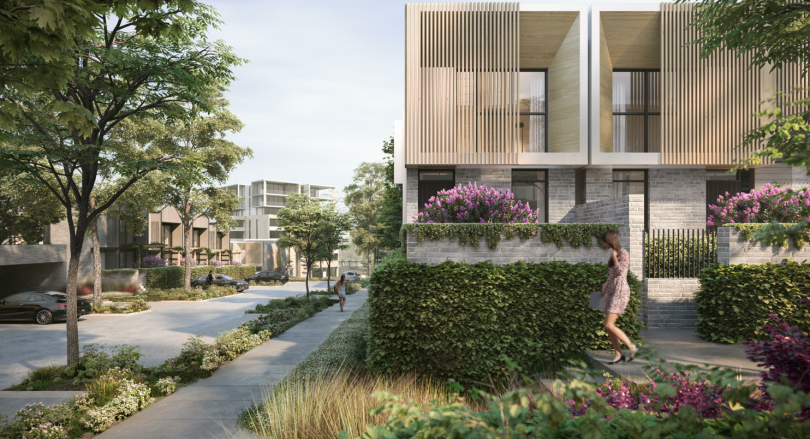 Opponents of the Doma Group’s Foothills development in Ainslie say their case has been strengthened by an independent report confirming the age and significance of petroglyphs found on the former CSIRO site.

Geo-archaeologists Dr Marjorie Sullivan and Dr Philip Hughes have examined the site and agree that the rock markings pre-date European colonisation and are likely to be thousands of years old at least. They’ve also confirmed that the rocks have been on site for millennia and could not have come from elsewhere.

Ngambri elder Shane Mortimer says that development plans at the foot of Mt Ainslie threaten a place traditionally used for sacred men’s business, although there’s been a dispute about whether it’s more likely to be a women’s business place or a burial site. 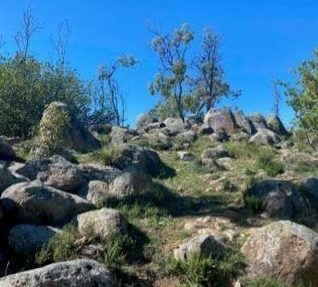 But Mr Mortimer is arguing that at the very least, the site as a whole needs thorough investigation.

The Doma Group, which acquired the property four years ago for $20 million, is awaiting a final works approval by the National Capital Authority. Both the NCA and the ACT Government have responsibility for various parts of the site.

In April, Doma lodged final plans to build 244 dwellings on the site containing 117 one, two and three-bedroom units and 95 townhouses. A separate application will be lodged for an additional 32 townhouses.

“The feeling is that much more investigation is needed to interpret the site”, Mr Mortimer said. “There are many markings indicating that the stone has more to tell us. It is a story stone but the full story is yet to be revealed.”

He described the independent analysis of the stone markings as “extremely exciting”. The ANU has conducted geological surveys since 1959 but the cultural significance of the rock markings hadn’t been recognised until recently.

“It’s about the most exciting find that could ever happen in the middle of any capital city, let alone here in Canberra,” he said

The report from Dr Hughes and Dr Sullivan has been sent to the ACT Heritage Council chair Ken Heffernan and to Greens leader Shane Rattenbury.

There has been no investigation of the site’s Indigenous heritage since it was sold by the Commonwealth in 2002. Doma says it did not consult with Indigenous groups and instead relied on previously compiled reports that there was no evidence of significant heritage issues.

While acknowledging that evidence of Indigenous use had been found nearby, the company doesn’t believe those materials fall within the boundary of the development.

Mr Mortimer has welcomed a renewed focus on the setting which he says has been vandalised and neglected since Doma acquired the lease. He says the site is currently littered with hypodermic syringes, old mattresses and broken glass although he’s pleased that police have recently fined 4WD vehicle owners who drove on the land.

The site as a whole includes rocky outcrops known as the Ainslie Volcanics that were nominated but not accepted for ACT Heritage listing in 2012. The outcrops, of middle Silurian dacite, are believed to be around 400 million years old.

Environmentally significant elements include the presence of the golden sun moth, sunray daisies, and possibly spider orchids and button wrinkleworts, and the foothills were also the first quarry on the Limestone Plains.

“I believe the site now needs to be conserved as a whole because of all these layers of history,” he said, noting that the Griffin plan has always prevented development on hills, ridges and buffers.

“The NCA and the ACT Government need to comply with their own laws and honour the heritage values of the site.

“There is a great deal of shared history for all Australians in this site. Aside from the human history, the geology of the boulders is as unique as wave rock in Western Australia.”

In June, Federal environment Minister Sussan Ley asked the Environment Department to consult “all parties” in light of the evidence Mr Mortimer presented before proceeding with final development approval.

Mr Mortimer says that at the suggestion of the Heritage Commission, he has attempted to contact Doma Group head Jure Domazet several times without success.

Its very hard to put a dollar value figure on cultural heritage but it has to be higher than use as (ever more) apartments. If they’d found gold or diamond deposits there, no way would it be developed as residential. It is right near the City/Gorman House and War Memorial and of course Mt Ainslie nature park so some kind of community/cultural use of that site would seem better – it needs a complete reassessment and return to the drawing board. Better yet, Ngunnawal significance should be standard thing explored in all planning/DAs – Im surprised its not or hasn’t been.

Mr Mortimer said it all: “The NCA and the ACT Government need to comply with their own laws and honour the heritage values of the site”. 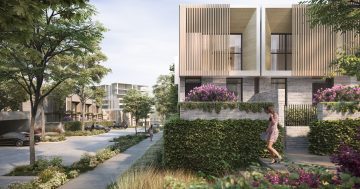 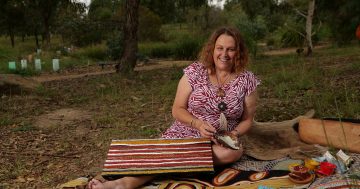