Former Display Home of the Year in Forde has edge in location, design and sustainability 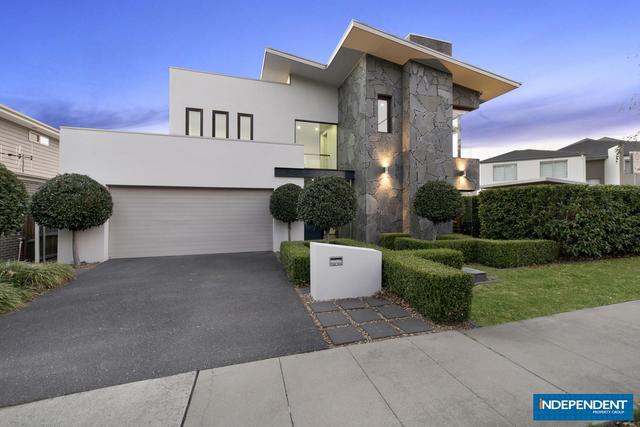 This two-storey family home in desirable Forde was ahead of its time when completed in 2008 and a decade on it remains leading edge in design and energy efficiency.

Built by Classic Constructions to HIA Greensmart specifications, the house at 19, Francis Forde Boulevard, was the 2008 MBA Display Home of the Year and features a rare internal lift and many extra inclusions.

Retained by the builders as an investment, a couple of rental families have enjoyed its spacious, open-plan design and prime location near Forde’s parks, shops, pool and Burgmann Anglican School, but now it’s time to sell. 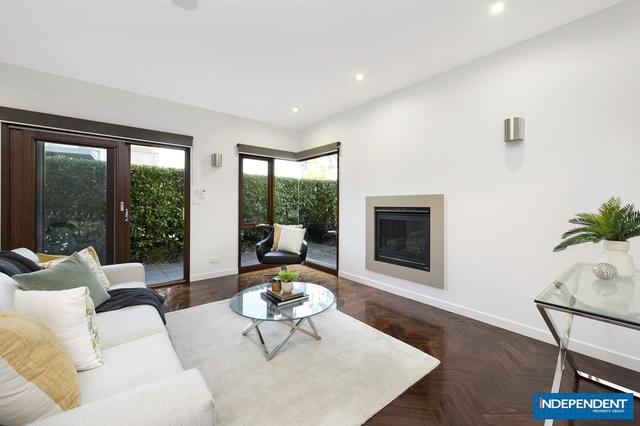 Agent Andrew Potts, from Independent Property Group Gungahlin, said the area had changed so much in the past 10 years and now “within 200 metres you’ve got pretty well everything.”

The four-bedroom, two-bathroom home is set on a 475 square metre block but cleverly maximises its opportunities so that there is still a reasonable sized back yard. 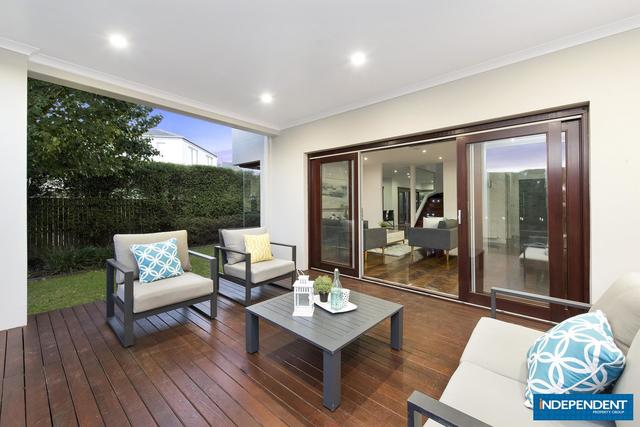 “A couple of buyers have contemplated whether they’d put a small plunge pool in,” Mr Potts said. “You’ve still got an area for a family. You’ve got a covered alfresco, which is under the roofline, with power, and then you have your open, easy maintenance garden area with a patch of grass.” 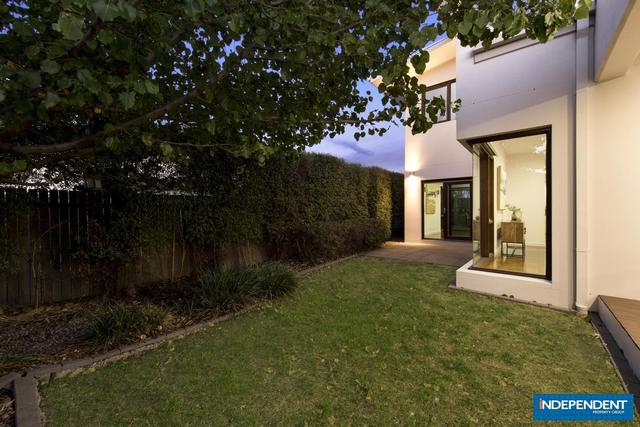 Externally, the distinctive contemporary design is marked by striking, protruding bluestone-cladded feature walls at the front.

Inside, the open-plan design is practical and functional with most of the generous living areas downstairs, featuring timber parquetry flooring and cedar windows and sliding doors throughout. 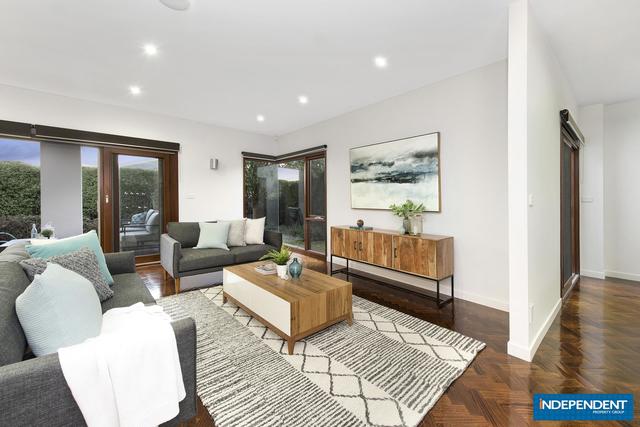 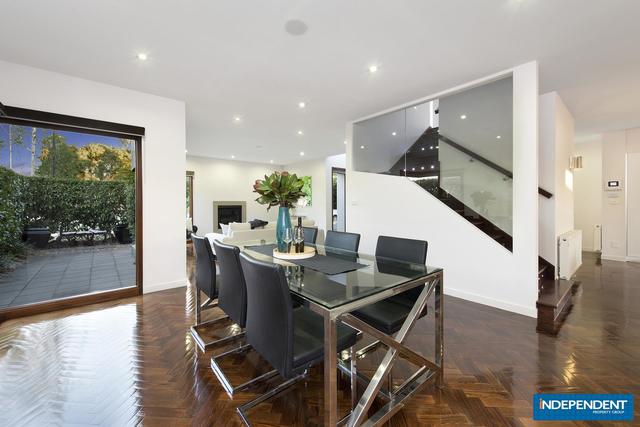 Mr Potts said the designer kitchen was large enough to add an island bench if desired, and there was plenty of storage, including a walk-in pantry. There is also a separate stove top and wall oven.

“A really nice feature is a window to the splashback. You look through a long window to a small courtyard, so the kitchen doesn’t feel closed in,” he said. 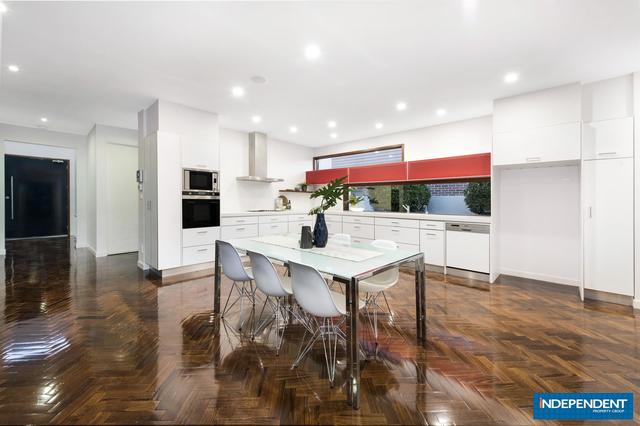 Upstairs the segregated master bedroom is more like a retreat, with its own gas log fire, extensive ensuite, including a large freestanding bath, walk-in wardrobe and custom joinery.

High ceilings accentuate the space on both levels, and upstairs there are also Velux skylights. “It really does feel quite open because you have a lot of windows around but also up above you’ve got all these skylights on the upper level in the main bedroom and the hallway,” Mr Potts said. 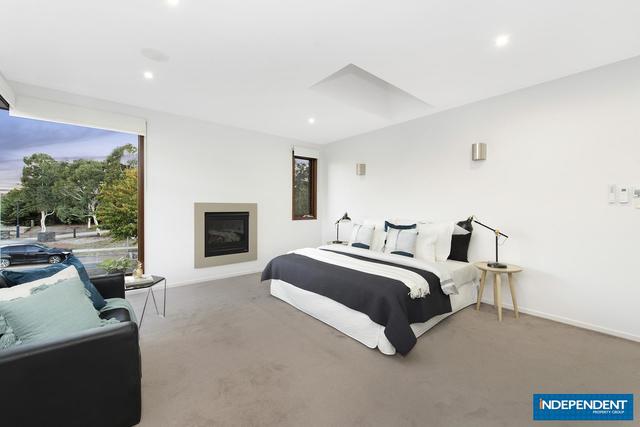 Energy efficiency was a key goal of the builders, who Mr Potts said were very conscious at the time of trying to be more sustainable. 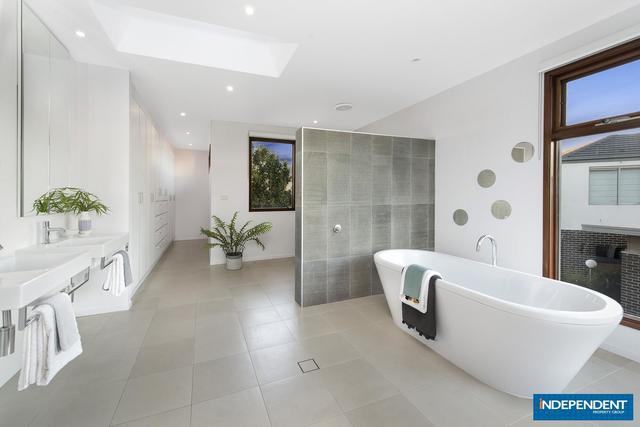 “You’ll be saving a fair bit of money in terms of running costs,” Mr Potts said.

The kitchen isn’t the only place with plenty of storage, with a walk-in linen cupboard and sizeable laundry and custom joinery, as well as the double garage, providing more than the usual amount.

The garage provides internal access to the home and also houses a central data hub for its network connections.

Priced roughly within the $1-1.1 million range, Mr Potts said it was reasonably good buying if one considered the cost of building that kind of home now.

If only I could afford this beauty....as long as the internal lift was the right size for my wheelchair it would be perfect!!

Stephen Murray - 2 hours ago
I remember the punt that the bridge replaced. View
Christopher Cuba Rabanal - 3 hours ago
I’ve heard the best fish and chips in the bay is closing due to the lockdowns. That’s pretty sad 😢 View
Geoff White - 4 hours ago
Adam Beams I’d give it a good crack lol... View
News 66