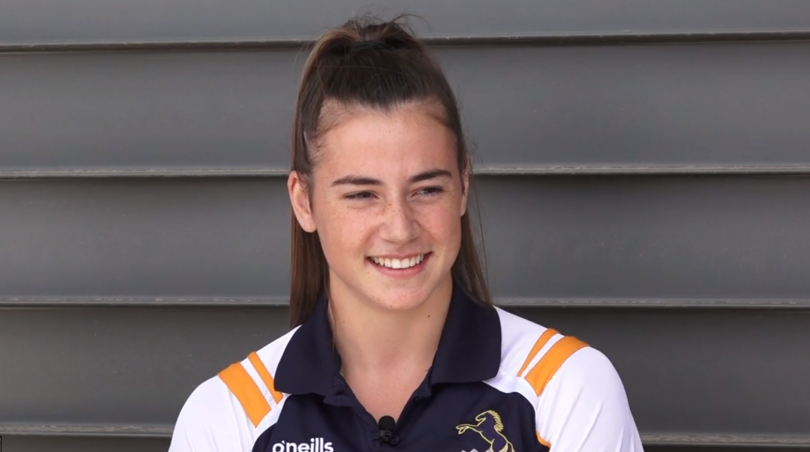 Brooke Gilroy is one of a number of women swapping sports to pursue their rugby dream. Photo: Supplied.

Brooke Gilroy has spent most of her entire competitive sporting life under water but the teenager will now be seen sprinting down the wing of GIO Stadium when the Brumbies kick off their Super W campaign on Saturday afternoon (23 February).

12 months ago, Gilroy was sitting in the stands with her parents watching the competition in its inaugural season, hoping one day to get the chance to pursue her rugby dreams.

Now the 17-year-old has been named to start against defending champions NSW Waratahs in her Super W debut after showing her sporting talents in a different arena.

The Year 12 Daramalan College student has been swimming since she was five-years-old and represented the ACT at the national championships in the 50-metre freestyle. Even though she was en elite swimmer, rugby had always been her passion.

It wasn’t until her school started a competitive team in 2017 that she told her nervous parents she was going to dive into a different sport.

“I have wanted to play rugby ever since I was little,” Gilroy said. “I always asked my parents if I could play but they said to wait until I was bigger and stronger. When my school finally put a team in, I told them I was playing.

“Since the first game, I’ve known that I loved it and I’ve wanted to pursue what can come.

“I watched the Brumbies all the time and then when there was a women’s team last year, I watched them play at GIO Stadium, which I loved.”

Gilroy has quickly become the face of women’s rugby in Canberra, with her rapid rise highlighting the growth in the sport in the past year. She confesses even she is shocked by her quick ascent to the top of the game.

“My debut came a lot sooner than I thought. I was thinking I would love to play when the trial to get into the team were on here but I wasn’t sure if I should trial or not,” she said.

“I wasn’t sure if I would get in because there were a lot of amazing women but I just thought I’d give it a crack.

“I tried it and then when I got in, I was like, ‘I really want to do this now’. It’s amazing watching how much it’s grown in just one season.”

It will be a baptism of fire for the debutant, as the side prepare for a massive challenge against the defending champions, who thrashed the side in a pre-season trial. When asked about the talents Gilroy brings to the side, head coach Adam Butt’s face lit up.

“Brooke’s got speed to burn, which is always great, and she’s not afraid to get stuck into the contact and NSW are going to bring plenty of contact,” Butt said.

“In the last trial we had against them she stood up and her defence was excellent and that’s what I expect from her again this weekend.”

phydeaux - 28 minutes ago
"Penalising “poorer” [sic] people less, is an incentive for them, and a serious grievance to others" So sorry to hear tha... View
kenbehrens - 31 minutes ago
Difficult question. I've often thought that fines are inequitable with those on higher incomes not adversely impacted. Yet th... View
domenic - 2 hours ago
Penalising people differently based on their ability to either do well for themselves or not is a socialist ideology that I d... View
News 4

bj_ACT - 50 minutes ago
Tuggeranong’s water quality has not been getting better. I didn’t know you were such an easy marker on the score of ACT g... View
chewy14 - 2 hours ago
BJ, The problem is that short of getting rid of the Lake entirely, there is no easy (or cheap) solution. Most of the problems... View
Mikey Moore - 3 hours ago
Turning an artificial pollution trap into a clean waterway with actual amenity is a huge ask with countless unknowns. It was... View
News 1